Immerse yourself in the secret world of Underground Cinema

With over seven years of immersive experiences and more than thirty unique worlds recreated and brought to life, the secret operatives at Underground Cinema are back with a new event: Dream.
With a team of actors, detailed sets and costumes, prepare to be engaged and immersed in an unforgettable, interactive, live experience unlike anything else you’ve seen. This takes cinema out of the cinema and puts you in right there in the middle of the action.
Underground Cinema never reveals the name of the film you’ll find yourself in, but they do drip feed you clues around the theme on their Facebook page. If the event calls for dress ups, you’ll be told the dress code in advance. They don’t even reveal the secret location until hours before the event, sending you a clandestine text message telling you who to meet and where.
Hot food is available to stave off the hunger pangs and drinks are served at the bar to help the night flow.
If you’re a touch on the shy side, a glass or two of your favourite tipple will help you shake off your inhibitions and get into character. If you’re game for it, ad lib with the actors as they roam through the crowd, never flinching out of character.
Previous films brought to life in an extraordinary way have been 28 Day Later, Wall Street and Children of Men. 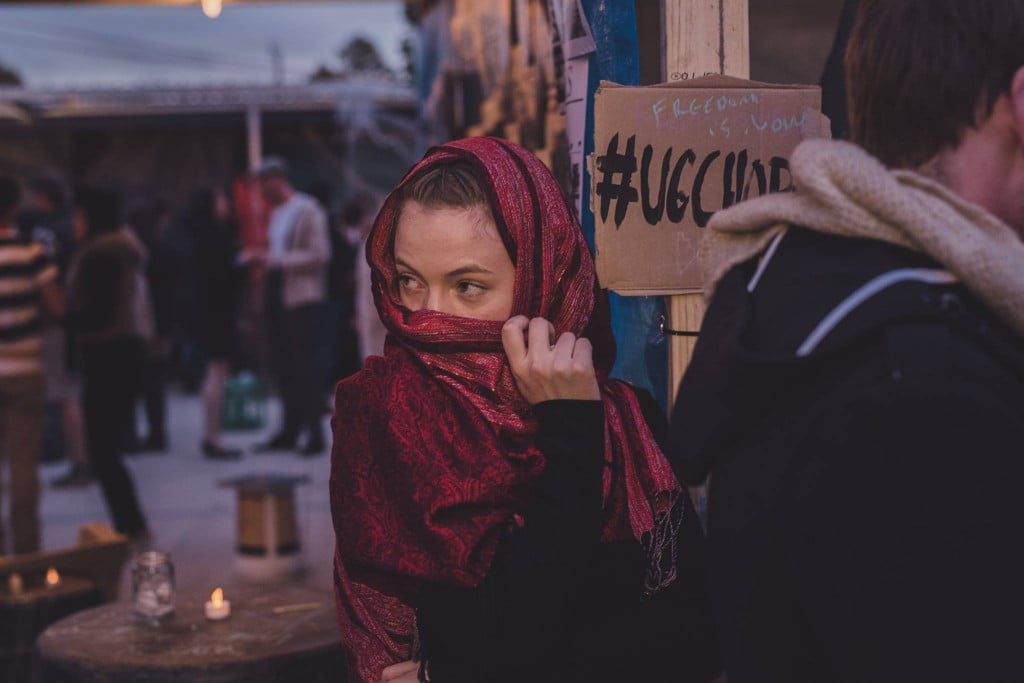 Photo by Nicholas Joel
The next Underground Cinema immersive event is Dream, a sci-fi thriller where you’re the Dreamer, and you’ll receive various communications and secret instructions before your dream portal embarkation.
Intrigued? You should be. Underground Cinema is one of Melbourne’s best loved events. Tickets always sell out quickly, so this time they’ve upped the ante for their November production with seven dates to choose from, making this their biggest ever.
This is no ordinary night out. It’s the kind of event that has to be experienced to fully understand the jaw-dropping detail that goes into it. Gather up your people and book your tickets here.
But remember: Shhh… tell no one, Dreamer, it’s a secret!
Underground Cinema: Dream
Secret Melbourne location
10-19 November
Thurs – Sun 7pm
Event page
Feature photo credit: Paul Benjamin Photography