Rising from the ashes of a devastating fire, Fitzroy’s iconic Bimbo is back and bringing it legendary $4 pizzas with it!

Reinvigorating Fitzroy’s nightlife, the Brunswick Street institution is back and better than ever, with the much-loved Bimbo  throwing its doors open today to a long-awaited applause rippling across the city.

With their $4 pizzas calling card and after work drinks specials, Bimbo was long the favoured gathering place for the locals and legends alike until a devastating fire gutted the building last year. Since then builders have been hard at work ensuring Bimbo returns a little less charred and a little more fancy.

Undergoing a superficial facelift to rival a Kardashian, the venue’s loyal following is assured the soul of Bimbo will remain, including its famous $4 pizzas (they have seriously never gone up in price!), alongside drink specials and local DJ sets that will with set your soul on fire (metaphorical flames only). 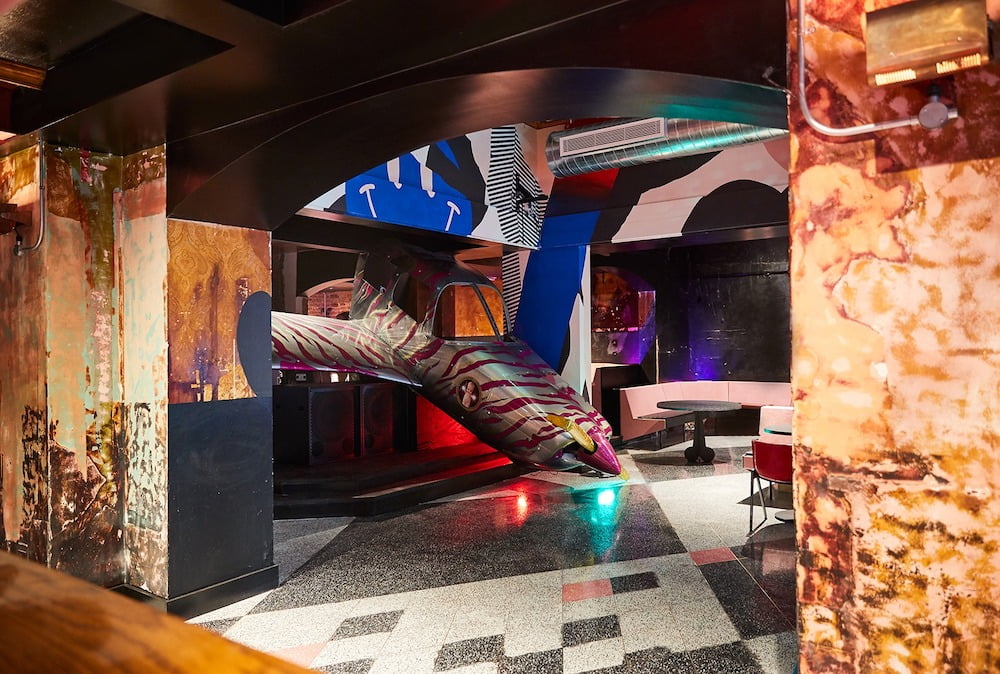 “Bimbo has always been very popular – we spent months responding to messages about the venue return, so we knew Bimbo 2.0 had to be big. While they were unfortunate circumstances we found ourselves in last year, it meant we had the unique opportunity to undertake a complete venue refresh.

“We really wanted to invest heavily in bringing back the spirit of the Bimbo brand. Brunswick Street has always been one of the city’s premier night strips, but in recent years there has been a number of closures, so we think this is the perfect opportunity to honour its history and bring the neighbourhood back to life,” said Lawrence.

“Formerly The Punters Club, this was the venue that made me fall in love with Melbourne’s nightlife. That was 1988, and now over 30 years later, it is pretty exciting to be involved in designing the refit of Bimbo.

“In fact, my love of Melbourne after dark encouraged my purchase of legendary nightclub Honkytonks, as well as designing numerous bars and restaurants across the city. Bimbo fits so well into this scene, it is a space unlike anything seen before, a place that challenges the senses in a good way,” said Rabindra.

As part of the refresh, Bimbo has adopted a local art-driven design approach, including an epic mural by Filthy Ratbag aka Celeste Mountjoy, a Melbourne based illustrator and comic artist.

“​I painted a couple of walls at Bimbo when I was 16. It was my first time ever doing something like that, so I am really looking forward to coming back a couple of years later to have a crack at painting the beer garden,” said Celeste. While the venue has undergone an evolution, Lawrence said the fundamentals of the beloved bar will never change.

“Melburnians carry a real torch for Bimbo so the heart and soul of the venue will never change, however, we definitely wanted a more mature vibe as we move into the next chapter. This started with dropping Deluxe from the name, while ongoing transformations will continue to see the venue evolve.

“Bimbo will always serve $4 pizzas, but we will have a new menu, as well as booth seating to give patrons a better dining experience,” said Lawrence.

The venue will also have a permanent weekly roster of events, including acoustic music on Tuesdays, trivia on Wednesdays, all-northside talent on Friday nights and Queer Deluxe, a weekly night starting in June by the folks behind Poof Doof