Our favourite vegan restaurants in Melbourne in one handy list

No longer an afterthought on the bottom of a menu, vegan cuisine takes its moment to shine as we take our pick of the best vegan restaurants in Melbourne.

Located in prime position in St Kilda’s Acland Street and just a hop skip and a soy latte away from St Kilda beach, this busy, airy restaurant is always busy. The menu is plentiful and is updated regularly with interesting vegetarian and vegan dishes from fresh, seasonal produce. Filling mains such as massaman curry, gnocchi or the beetroot and black bean burger are popular dishes. Make sure to save some room for dessert because you don’t want to miss out on the divine offerings. Our pick is the raw chai cheesecake which is chai infused coconut cream, blended together with chai spice, cashews and dates, siting on top of a cacao and almond crust. Served with chia raspberry jam, fresh berries and cacao nibs. There’s an impressive cocktail list to work your way through – try the vegan whiskey sour. And look out for the specials such as pumpkin and maple pancake, with peanut butter gelato, saffron poached pear, pumpkin seeds, hazelnuts and spiced pumpkin mousse. Um, I’ll have two. Thanks!
Sister of Soul, 73 Acland Street, St Kilda 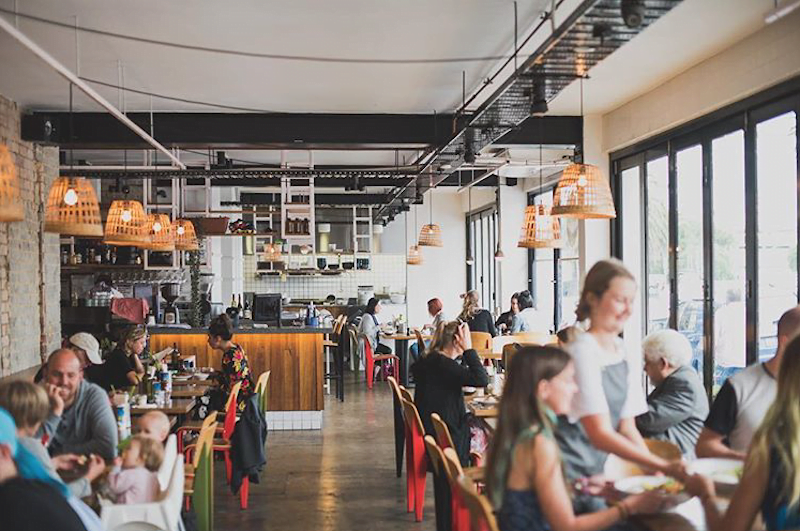 Pub grub got a green makeover when this brilliant pub opened in the heart of Melbourne’s Italian area. Serving mediterranean-influenced fare and local beers on tap, the pub experience has been preserved to perfection, but with a vegan and vegetarian menu. You can read more in our review here.
Green Man’s Arms, 418 Lygon Street, Carlton 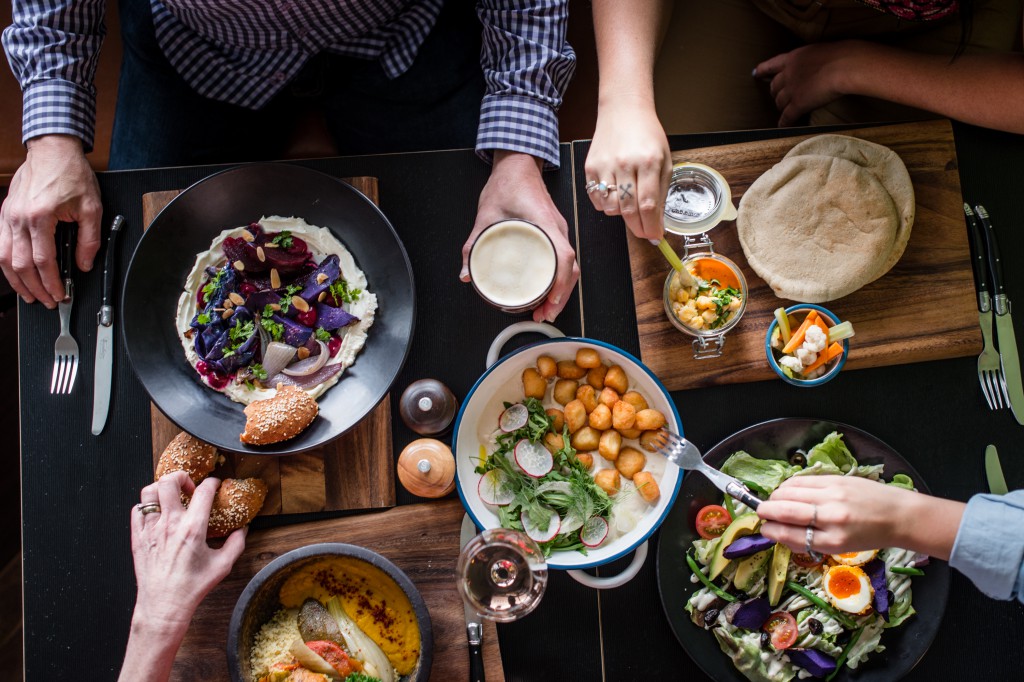 While coffee is king at Monk, a hideaway behind Carlisle Street in Balaclava, the brekky and lunch menu that accompanies it is royalty in its own right with a delicious range of vegan dishes, vegan options on vegetarian meals and gluten-free choices on offer. Highlights include the zucchini hotcakes which is zucchini and mint with beetroot relish, pickled cucumber, chilli (and almond feta if you’re vegetarian). Or try the umami mushrooms, a medley of roasted mixed oysters with house made pumpkin polenta bread and drizzled with thyme and red chilli oil.
Monk Bhodi Dharma, Rear 202 Carlisle St, Balaclava 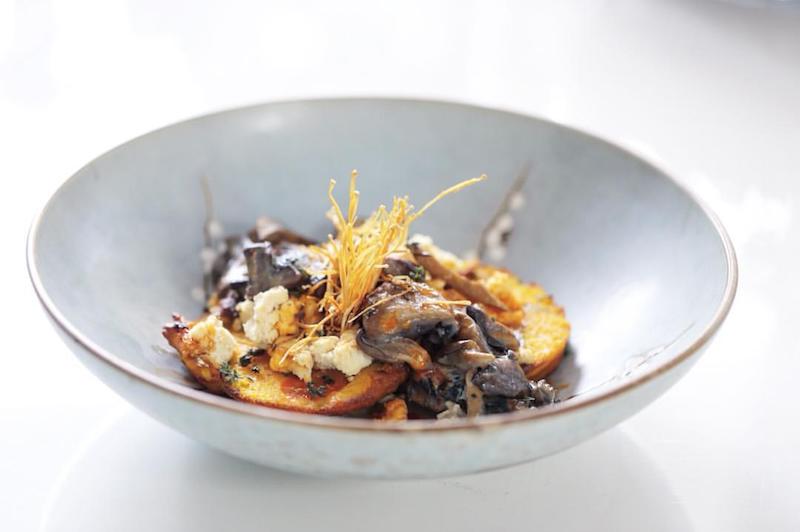 High on the list of the best vegan restaurants in Melbourne, Smith & Daughters offers vegan diners an inspired menu with Latin influences from the likes of Mexico, Columbia, Peru and Spain. Nestled on Brunswick Street in a bluestone corner building, the vibe is modern, fun and distinctly ‘Fitzroy’. While it’s a popular dinner choice for vegans and their non-vegan friends – you’ll love their cocktails! – it’s also a good coffee or brunch spot on the weekend.
Smith & Daughters 175 Brunswick Street, Fitzroy 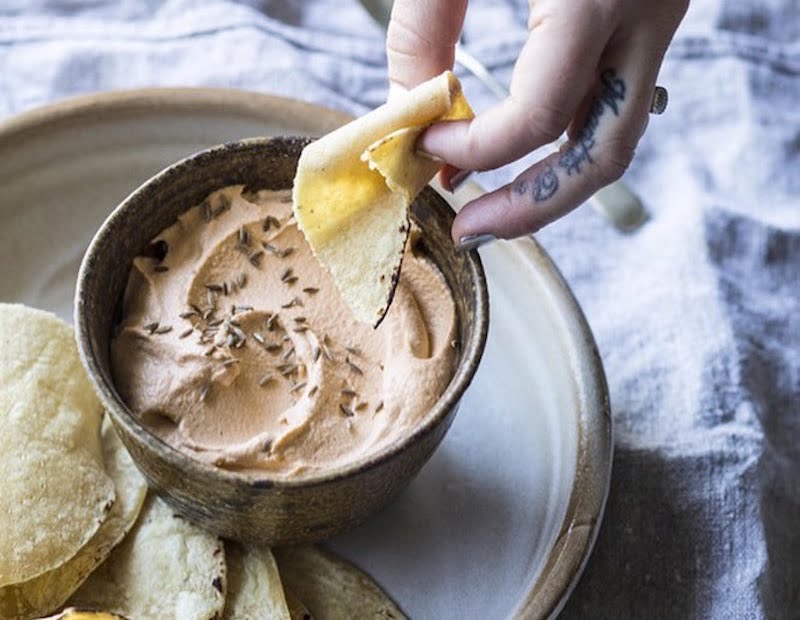 A stalwart of Melbourne’s vegetarian and vegan scene, Vegie Bar has grown with the times in its 20-or-so year reign on Brunswick Street. Daily specials are added to the menu each day, which includes plenty of raw choices for those that like their plant-based food close to it’s original form. Expect to find food from all corners of the globe, served in a busy big dining hall. The drinks menu is worth a look, as are the desserts, which they do particularly well.
Veggie Bar, 380 Brunswick Street, Fitzroy 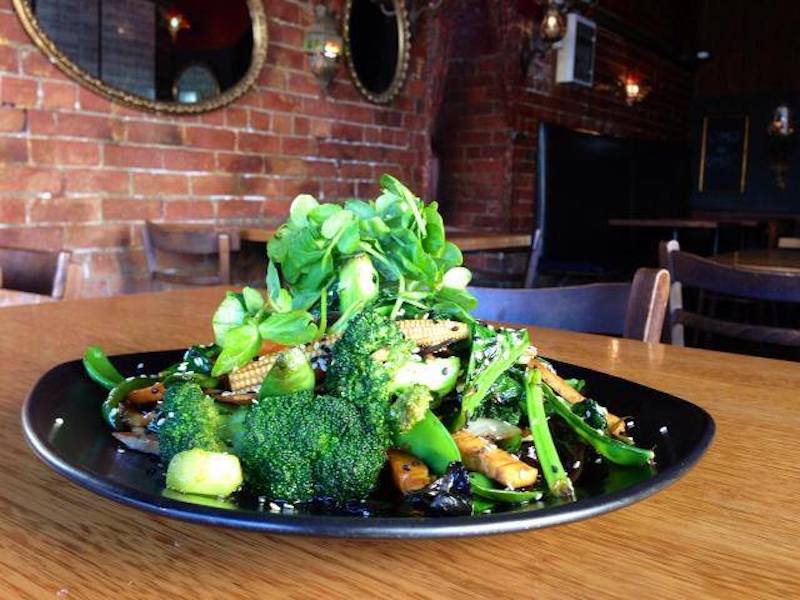 Taking their name from the Hindi word for vegetarian, Shakahari has been wowing vegetarians and vegans with innovative Japanese and Indian inspired dishes since 1972. Take a seat inside their Eastern-influenced Carlton restaurant, or grab a spot in their sunny courtyard and prepare to be delighted. We recommend the crunchy quinoa croquettes, or everyone’s favourite legendary satay shakahari (1978).
Shakahari 201 Faraday St, Carlton 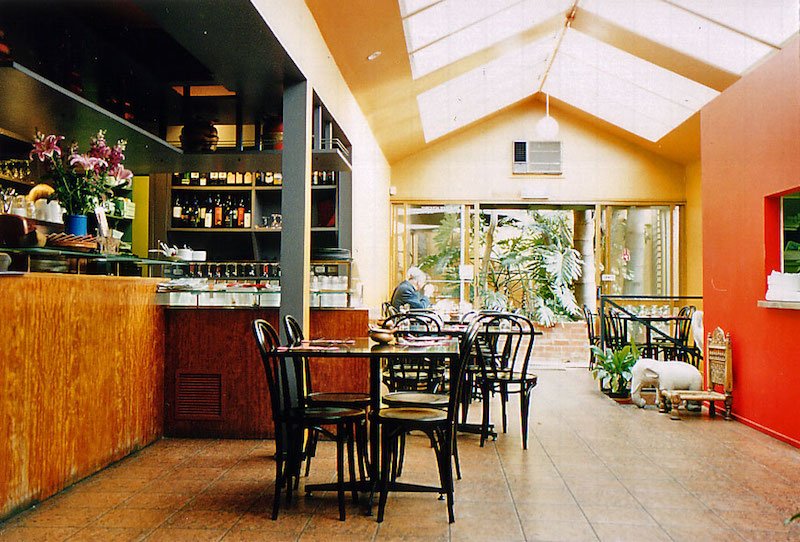 Yong Green Food brings the ying to Brunswick Street’s yang. Awarded ‘Best Vegetarian’ in The Age Good Food Under $30 Awards 2014, it’s a culinary haven for vegans and those with specific dietary requirements. Specialising in raw, organic and vegan food, they’re also sympathetic to those with a gluten free diet and those avoiding garlic and onion. The Hawaiian Live Pizza, with a macadamia-nut bread base and drizzled with their famous cashew cream is our recommendation. One of the best vegan restaurants in Melbourne, Yongs has to be on your hit list.
Yong Green Food, 421 Brunswick St, Fitzroy 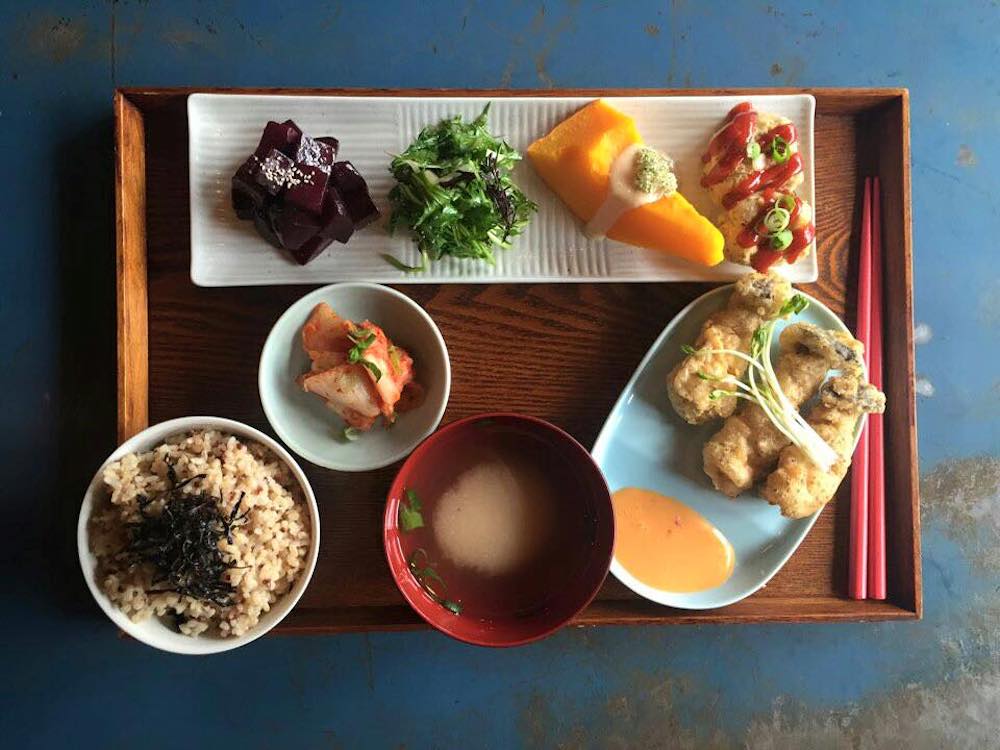 Smack bang in the middle of Fitzroy’s busy Brunswick Street, this is where to come for authentic Thai and Asian vegan fare. Madam K’s Pancake with slices of roasted wheat protein duck, cucumber, shallots and special sauce is a standout on the menu. It’s BYO beer and wine, which is great for keeping the bill on the pocket-friendly side. And if you’re hungry for Madam K’s but don’t fancy moving from the couch, you can order online for pick up or home delivery.
Madam K’s, 367 Brunswick St, Fitzroy 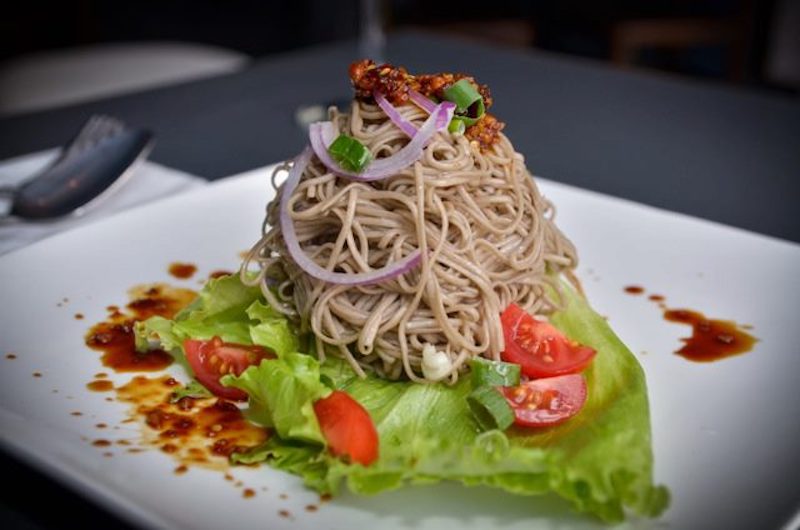 A favourite haunt for Richmond’s vegan crowd, the food is so good that omnivores regularly flock there for their fix of Vietnamese cuisine. It’s got a relaxed and friendly vibe and the food is fresh. Those who like their coffee on the sweet side should try their real Vietnamese coffee. Pick up a cake to go – we can’t go past the vegan tiramisu.
Fina’s Cafe 268 Victoria St, Richmond 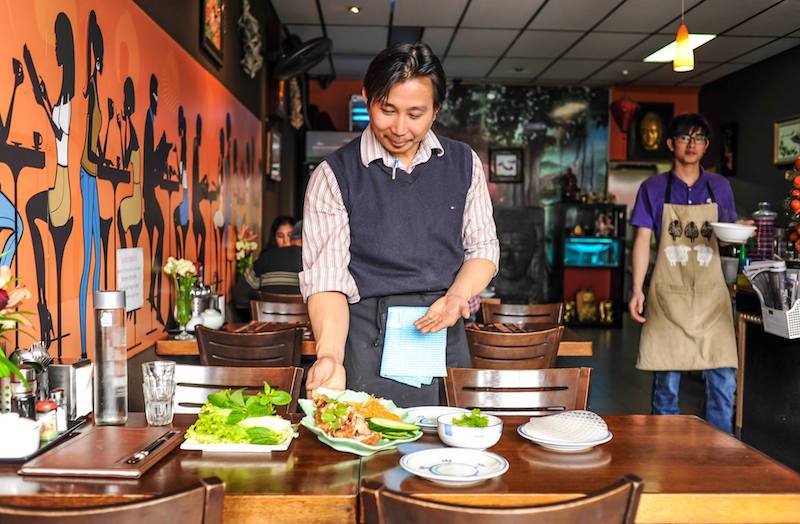 Loving Hut is a familiar name across the vegan world with 200 plus restaurants dotted around the globe. It’s popularity is down to the wide range of faux meat dishes. Southern fried chicken gets a big thumbs up from us, as does the lemon chicken – both of the strictly vegan kind. If vegetables rock your boat, try the Bambam – deep fried egglplant with puffed tofu and creamy siracha mayo. 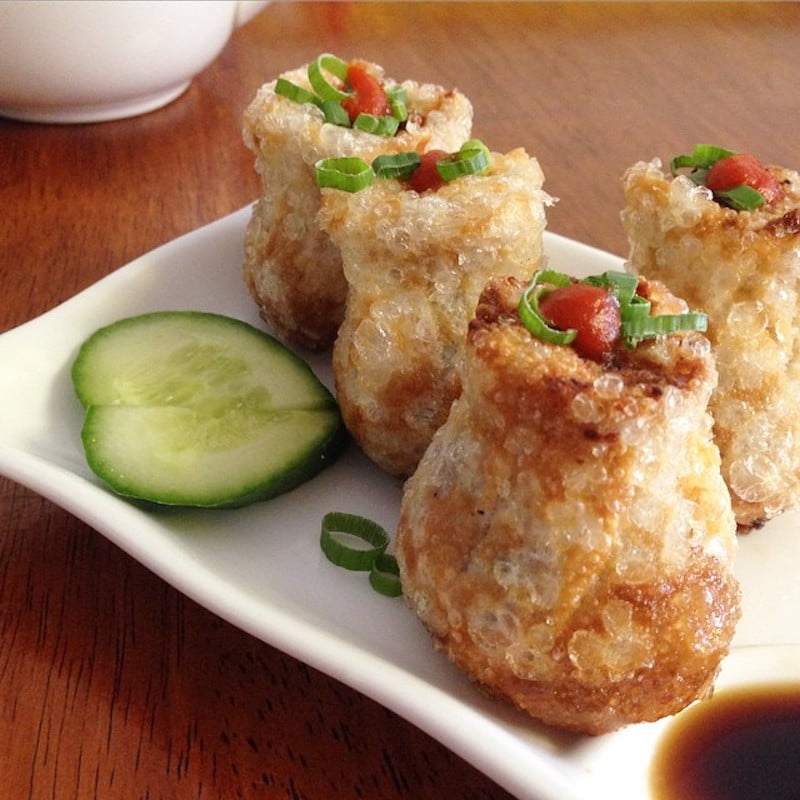 Any we missed? What’s your favourite vegan restaurant in Melbourne?