Old world traditions and fresh market produce collide at Austro Bakery, proving that you can dine globally while eating locally.

When a restaurant or cafe’s focus is on fresh, seasonal, and – most importantly – local produce, it helps to have suppliers nearby. For Austro Bakery, that means trekking a mighty 300 metres down the road to the South Melbourne Market, where they source many of the ingredients that go into making their delicious and increasingly cult-favourite Austro-Hungarian inspired delights. In fact, the market is so close by that Austro is fast becoming an after-market visit haunt for Melbourne foodies.

Austro Bakery’s co-owners Sally Roxon and her partner, Austrian-born Christian Gattermayr, are no strangers to bringing Central and Eastern European cuisine to Melbourne. The creative force behind Albert Park’s Hapsburg Empire and Yarraville favourite, Hausfrau Bakery, Roxon and Gattermayr were keen to reimagine traditional baked goods and dishes for a Melbourne audience, and serve up some damn good coffee.

Before you even see Austro Bakery, you can smell the deliciousness. Filling Cecil Street with the inviting smell of baking bread (is it not the best smell ever?), it’s hard to walk past Austro and not follow your nose into the former warehouse for a crusty loaf, a slice of Linzertorte, or a chunky, soft marshmallow and cornflake cookie. Australian flour and fresh butter – lots of it – are the ingredients to success at Austro. The decor is sleek and minimal, allowing the luxe baked goods to take centre stage, but a gorgeous wall mural of the Austrian town of Hallstatt, by local artist Ava Clifforth, reminds you that you’ve very much stepped into a European dream. 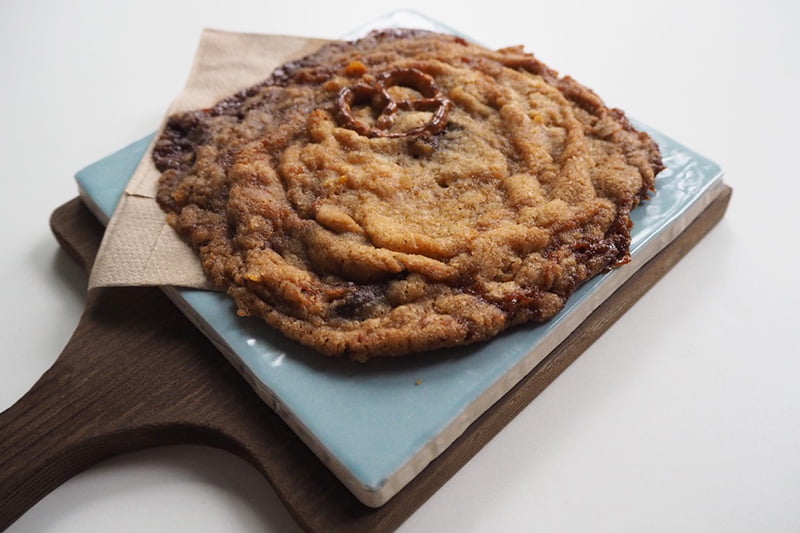 And then there’s the pretzels. If, like me, your experience with pretzels is mostly limited to the tiny, salty snacks you find in party mix chip packets, then you’re in for a delight at Austro. Doughy, chewy, perfectly salted, and wonderfully huge, Austro’s traditional pretzels are to die for. We tried out the pretzel share plate, which gives diners a chance to try out a pretzel with a bunch of delicious sides, including two cured meats and two cheeses – both of which change from day-to-day – as well as house made relish, kale slaw, pickles and mustard. When we visited, our plate came with a red cabbage relish that has now become one of my favourite sides in Melbourne – no joke, it was that good. The pretzel share plate is very generously sized, and was more than enough for two diners, and a great way to sample a variety of Austro-Hungarian flavours.

For a hearty dish that will give you the fuel you need to spend a morning wandering the market, it’s hard to go past the galette selection. A rich, flakey and – of course – buttery galette, whether topped with shakshuka sauce, runny egg, and zataar or with tomato, pesto, and gruyere, makes the perfect tummy filler before you tackle the stalls.

If you have a sweet tooth that needs satisfying, there’s no shortage of options at Austro Bakery. Whether you’re after a croissant, a danish, or a krapfen, something from the sweets cabinet will steal your heart. For me, my heart will always belong to Austro’s Beesting Cake. If a lusciously moist honey flavoured brioche, filled with a rich vanilla custard, and topped with a sticky and delicious honey and sliced almond tumble sounds good to you, then you need to get yourself stung. 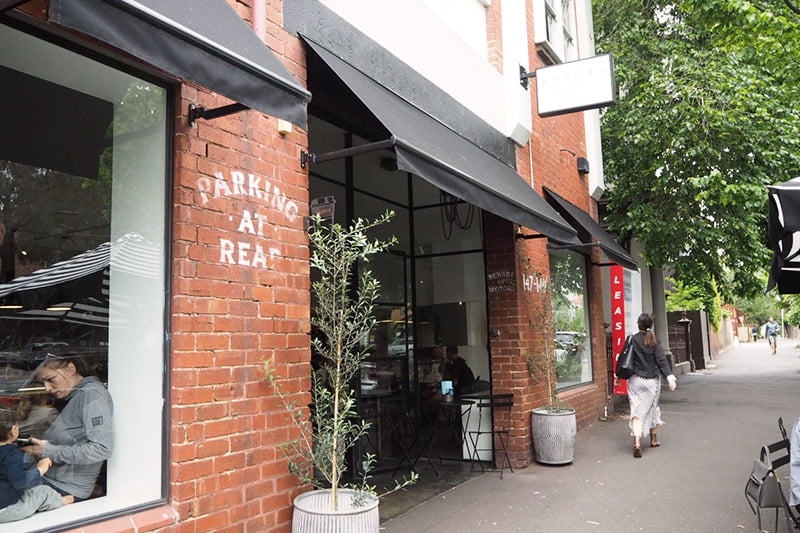 I’d have let my fellow foodies down if I didn’t mention my other favourite find of the day at Austro: the “hausmade” sour cherry lemon soda. With the summer heat set to hit Melbourne, market strolls are a sweaty business, enter Austro’s deliciously tart and refreshing sour cherry lemon soda. I’m a sucker for anything cherry, and the soda really hit the spot – especially when paired with rich, sweet desserts. It’s the perfect foil for a buttery or honey laden treat, and is a definite must-try.

So grab your market basket and have a European stay-cation at Austro Bakery!