Rally up your tequila-loving amigos and head to Mejico Sydney or Melbourne for a celebration of the quintessential Mexican spirit and snack this October.

There are few combinations we love more than tequila and tacos and Mejico is one of our favourite places to get the pair. With central locations on Sydney’s Pitt Street and Melbourne’s Pink Alley, the restaurants have worked up a reputation as CBD workers’ favourite pastimes and are recognised for their fresh, innovative take on Mexican cuisine. With one of the largest tequila selections in Sydney and the biggest tequila bar in Melbourne featuring over 250 different varieties of tequila and mezcal, the team are certainly equipped to throw an epic party.

The Taco & Tequila Festival will take place simultaneously at Mejico Sydney & Melbourne on Saturday, 8th October from 12pm. The buzzy restaurants will transform into agave tasting rooms with pop-up stalls from the team’s favourite tequila suppliers – think Herradura, Patron and 1800 to name a few. Over four hours you will have the chance to chat directly with some of the world’s most famed producers, as you sip different agaves and learn about this quintessential Mexican spirit. The best part? Tickets are just $40pp! 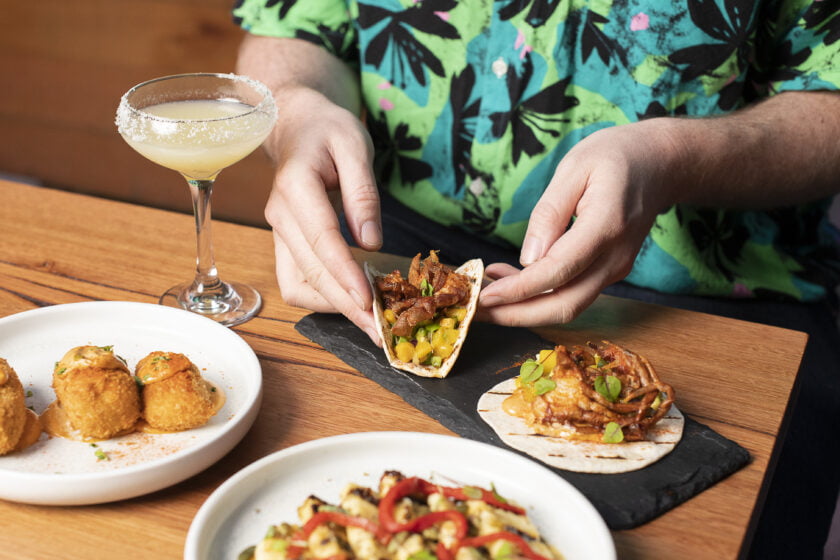 Because no visit to Mejico is complete without a round of tacos, the ticket price will include two of Mejico’s signature tacos as the ultimate pair for your tasting. There will also be a special of $5 beers and $10 margaritas should you be keeping the celebrations rolling after your tasting. Mejico shakes their classic margarita with El Jimador Blanco, Triple Sec, fresh lime juice and agave – the result, pure bliss!

The chefs will be putting on Mexican-inspired street snacks for you to purchase on the day. We suggest booking a table to settle in for a late lunch or early dinner and explore the flavours of Mejico’s signature cuisine. Our must-order dishes include the juicy empanadas stuffed with slow-cooked meats, the famous corn ribs with chilli and lime miso, a refreshing plate of kingfish ceviche and a selection of tacos including jackfruit al pastor and crispy soft shell crab.

Book a table at Mejico Sydney or Melbourne here