Pack your bags, we’re heading to the Valley with Hot Dub Wine Machine.

When struggling through the early days of 2017, nothing hits the spot like a glass of vino and some killer tunes. Known for transporting festivals, rooftops and venues all over the world on a transcendent dance through the decades, Hot Dub Time Machine is hosting this year’s ultimate wine inspired party, aptly titled Hot Dub Wine Machine.

Being one of the largest ticket selling electronic acts in Australia, Hot Dub Time Mchine has also appeared at the main stages at every big festival in Australia, including Splendour In The Grass, Falls Festival, Stereosonic and Groovin The Moo.

Hot Dub’s special and original concept blended with live vinyl video scratching and a touch of true entertainment skills has positioned Hot Dub as one of the most unique upcoming DJ artists in the electronic music scene.

Not only does this trip to the valley include all the golden pleasures of your perfect summer, it also gives you a reason to turn off your phone and leave the big city life. Jamming to the one hit wonders from 1950s to 2015, Hot Dub is here to see you pull everything from the Elvis leg to Soulja Boy moves. 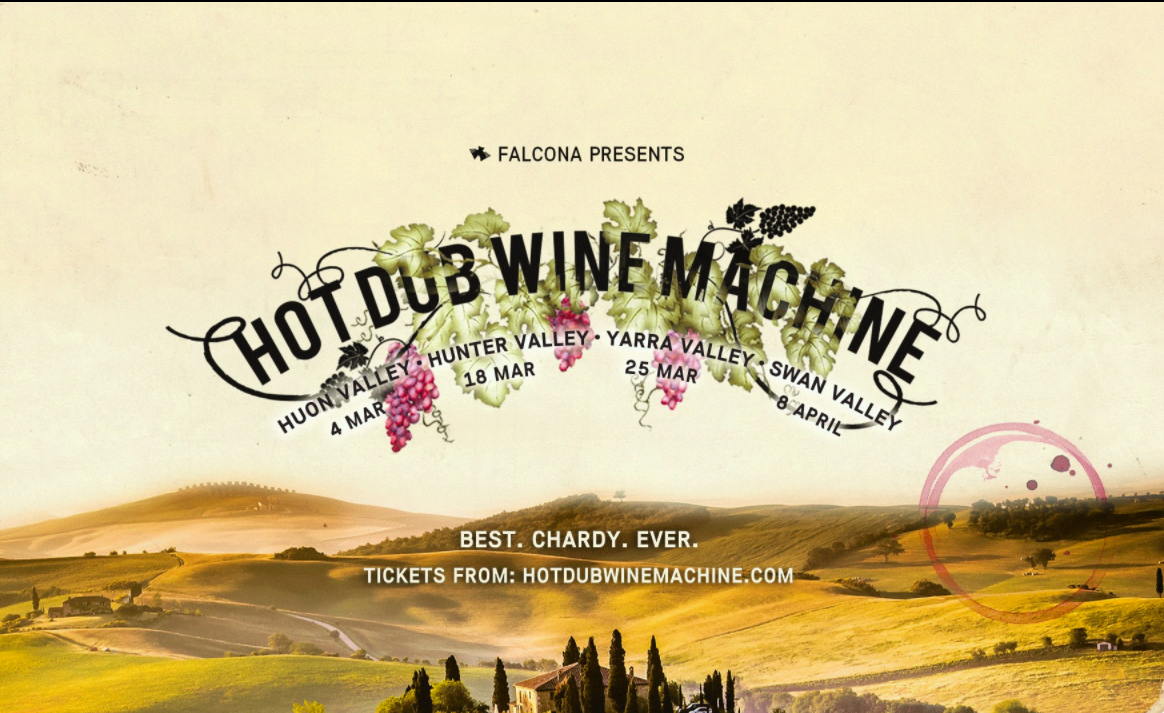 Recommended for everyone who’s slightly stuck in the past and are not afraid to admit it, Hot Dub Wine Machine will perform in Hunter Valley, Yarra Valley, Hobert and Brisbane.

This is a fast selling event, especially for all you Sydneysiders out there. Rolling down the green hills of the Hope Estate Winery under a wide open sky that comes alive with the sound of music, the Hunter Valley event is expected to be fully sold out. Hope’s sunken amphitheatre is home to the biggest winery concert that’s ever happened in Australia (Elton John). Famous heart-breakers such as The Rolling Stones, The Eagles, and Fleetwood Mac have all graced the Hope stage.

Get your act together and head online to  www.hotdubwinemachine.com, the final tickets are up for grab now. Remember, no diggity.