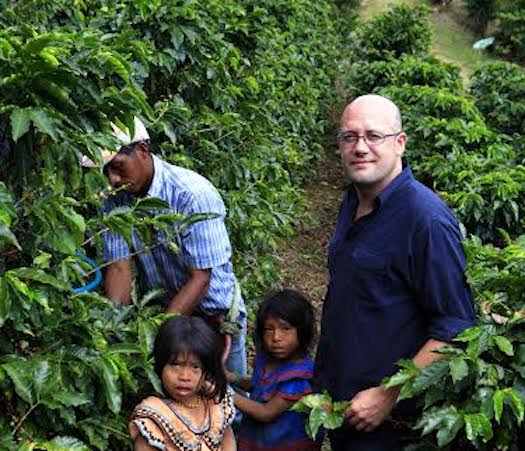 He’s come from humble beginnings, starting out in his mother’s garage before selling coffee at the Pyrmont Growers Market. Now, Toby Smith of Toby’s Estate has a coffee empire supplying to cafes from Sydney to New York. The coffee king took the time to tell us all about his recent success and the trill of being inducted into the Hall of Fame during our 10 Questions With interview.

1. What inspired you to start Toby’s Estate?

I learnt to grow, roast and cup coffee at the source of it in Brazil. I then returned home and converted my mum’s garage into a roastery and got to work honing in my skills in the art of speciality coffee roasting. In 2001 I got together a group of coffee lovers and opened the first Toby’s Estate Cafe.

2. How does it feel to be inducted into the Hall of Fame?

Being inducted into the Hall of Fame was a massive compliment, and a total surprise. It was so nice to be recognised for all of the hard work and good times I’ve had by doing what I love.

3. What has been the most challenging part of starting your own company?

Starting wasn’t the hard bit, it was keeping it going and growing. It’s a staged process. We did well in the first five years at our Woolloomooloo cafe and roastery, and then we bought our Chippendale premise which was like starting all over again. As the business grows you’re always taking another step forward which can also be a step back in terms of finances. Business is a constant process of ‘re-starting’, which keeps it challenging and interesting.

4. How much coffee do you drink a day?

5. Where is your favorite restaurant in Sydney to EAT?

My favourite place to eat in Sydney would have to be Berta Restaurant and Bar in Alberta Street in the CBD. It’s great going on a Tuesday which is Sagra night, where you have an amazing four course meal which revolves around set ingredients.

6. Melbourne has traditionally had a reputation for embracing café culture more than Sydney. Things seem to be changing though, what do you think?

7. Where can we find Toby Estate coffee in Darlinghurst?

8. Favorite place for a DRINK in Sydney?

It would have to the Absinthe salon on Albion Street, Surry Hills where they serve authentic French and Swiss absinthe.

9. What will Toby Smith be doing in 10 years time?

Doing what I’m doing now I think, as I don’t have a bad life. I am doing what I love and I get to travel which is amazing.

I like to cook. Last night I cooked an awesome parma as I had a lot of aubergines left over, so I decided to cook them up for the parma. I also like to listen to music and travel.