Wings and Tins is like heading to a random house party. You’ve heard it’s going to be cool and you kind of know where it is but you don’t have a proper address. You find yourself wandering around a dark alley in Darlinghurst listening for the music. You spot an open door and don’t bother knocking, the music guides you up the staircase. Before you know it you’ve arrived. You start hitting the beers with your mates. But forget the party pies, at this house party it’s all about the hot wings.
Owners Anthony MacFarlane and Alfredo Perez spent 14 months perfecting their homemade hot sauce recipes. The hot wings come seven to a basket with different homemade sauces and varying hotness. From the mild house buffalo ($12) to the medium zing of smokey chipotle BBQ ($14) through to Alfie’s Hot Sauce ($12) which should come with a litre of milk.
Reckon you can handle the heat? Order a round of Doom Juice wings made with 40% Carolina Reaper Chillies. If you can finish all seven your name will be added to the “Wall Of Pain”. So far 100 people have attempted with just eight names added to the wall. They also have six different types of fries including regular shoestring, zucchini, sweet potato, totts, wedges and super cheesy. 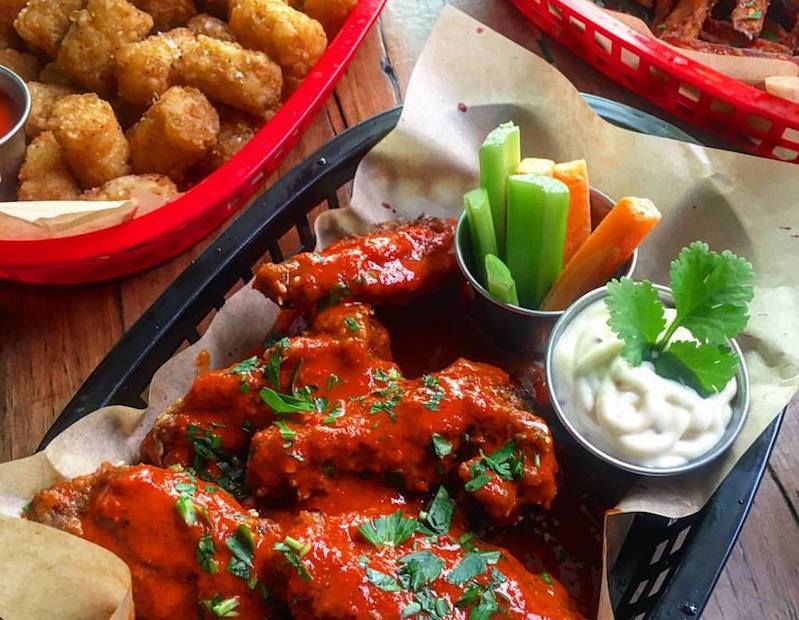 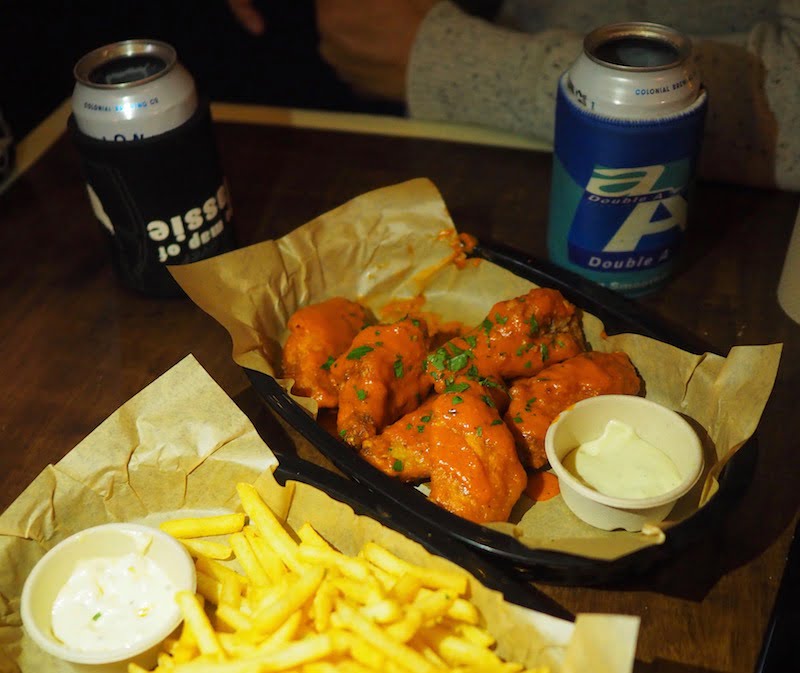 Cans of beers are the main focus at Wings and Tins with a selection of MacFarlane and Perez’s favourite drops. They offer a balance between local and international beers, craft brews as well as classic nostalgic beers like VB. Each comes with it’s own stubby cooler and when you’re done you can crush your own can at one of the wall mounted crushers. They have four classic cocktails available, margarita, espresso martini, negroni and a spritz but really, it’s all about the beers here.
The Wings and Tins journey has been a long (and entertaining) journey. MacFarlane and Perez have been growing a steady following through their regular Instagram updates. We’ve followed them from site inspections to DA approvals, liquor licence freezes, failed construction lead times, recipe testing and impromptu late night dance sessions. 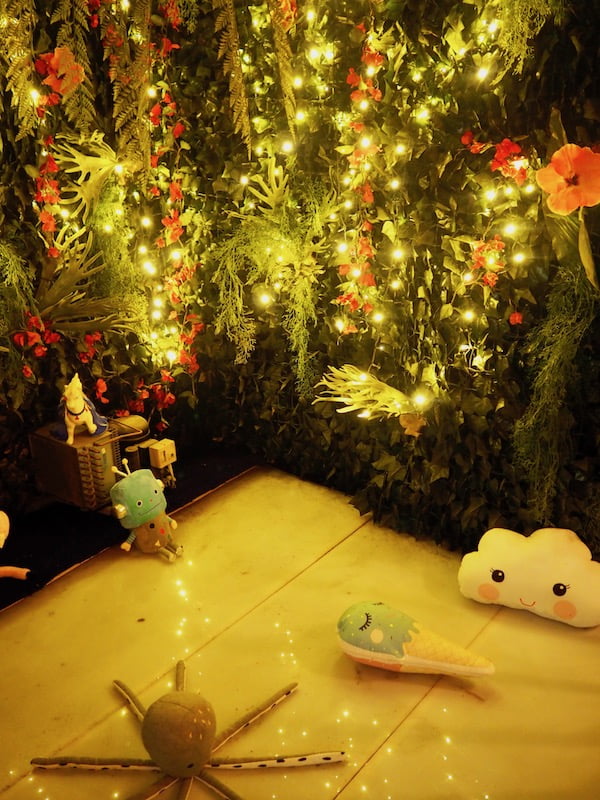 Like every good dive bar Wings and Tins is filled with lots of random stuff. It’s like years of random trinkets, trophies and memories have been stored away in a parents garage for the past ten years with finally a place to call home. There’s the framed Swans jersey, the random skis mounted to the wall, fairy lights covering the roof and neon signs around the bar.
MacFarlane explains that everything has been creatively sourced. The bar is made from old palettes found near their house, the booths old pieces of fence. Most of the chairs came from Gumtree. And in the middle of the bar is a strange enclosed fairy garden that’s been creatively installed to cover up some plumbing they weren’t allowed to build over.
The boys have plans to expand and open the front storeroom making room for more seating. The focus here will be cocktails and wings with a separate bar suitable for private bookings and functions.
Love a mid-week special? Visit Wings and Tins on Tin_Crush Tuesdays for a bucket of 4 of tinnies and a serve of Franks Original buffalo wings for $25. On Wednesday’s they do half price wings and play old school hip-hop all night. Every Tuesday to Thursday they have $5 tinnies during 5-7pm.

Sometimes we’re on site, and it gets late… and this happens. ? ?? #tradie #tradielife #tradielyf #concreteplayground #broadsheet #urbanlistsyd #construction #wings #tins #bar
A post shared by Wings✖️Tins (@wingsandtins) on Jun 6, 2017 at 3:20am PDT