Lobster thermidor, caviar and harbour views – These are a few of our favourite things! Whalebridge opens this month adding ‘Harbourside French Restaurant’ to the repertoire of Sydney Collective.

When we’re looking to treat ourselves to a lavish dining experience, we often turn to restaurants nestled alongside our beautiful harbour. With Cambell’s Cove welcoming Ploos, Bay Nine Omakase & Harbourfront Seafood, there’s no shortage of cuisines to choose from. Adding to our waterfront restaurant guide later this month is Whalebridge, the newest venture from Sydney Collective. These hospitality heavyweights have 16 venues under their aprons including Watsons Bay, The Morrison and The Farm. As they expand their repertoire with French fare, we expect the same excellence.

The restaurant is located in close proximity to the Sydney Opera House offering alfresco seating at the water’s edge. Unlike your typically French dining situation in Sydney, this experience will be more relaxed offering Sydneysiders a place to take in their surroundings over a leisurely meal.

Whalebridge pays homage to traditional French culinary techniques while keeping the menu approachable. Behind the concept is the group’s Culinary Director, David Clarke and Executive Chef Will Elliot, who you may be familiar with from Restaurant Hubert or Melbourne’s Cumulus. “What’s exciting about Whalebridge is the opportunity to design a menu which is entirely new to Sydney. These are produce-driven dishes rooted in traditional French technique and the articulation of those flavours,” says Elliott. 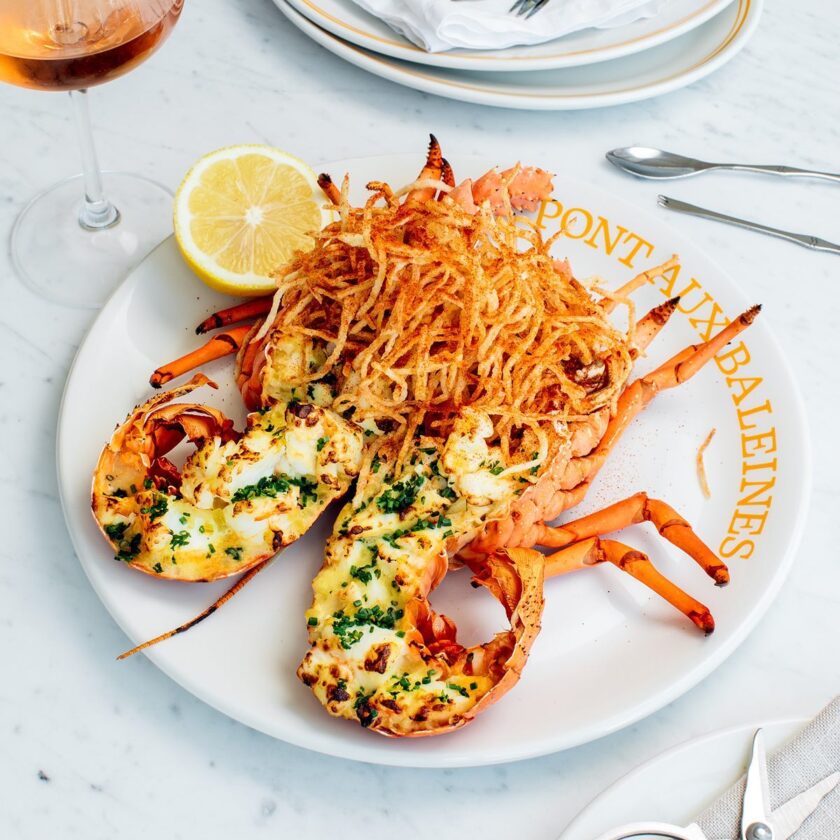 The ‘Tins Tins Tins’ menu will take you through the afternoon with smaller dishes designed to share including Red Peppers Marines, Mushroom A La Grecque, Ortiz Anchovies and Octopus in Galician sauce. Pair this with a traditional French baguette and butter and you’ve got yourself the perfect apritivo snack.

Make your way to the more traditional French mains featuring scampi, corn-fed chicken, duck leg and of course, Steak Frites. The team also curated a selection of ‘House Specialties’ that are a must-try including Moules Marineres Frites, Bouillabaisse De Marseille and of course, Lobster Thermidor.

With a 150-strong wine list, there’s guaranteed to be something to compliment your palate. Although there’s a stellar list of wines from the Cote du Rhone and Provence regions, the team have made sure Australia’s wine regions shine with drops from McLaren Vale and Mornington Peninsula. Lead mixologist and Director of Barrelhouse Group, Mikey Enright, also created a cocktail menu designed to complement the traditional French dishes while bringing in Australian flavours.

Whalebridge is set to open in late April, 2022. Find out more here.