Sydney has just scored a new summer watering hole in the heart of the Eastern Suburbs. Cocktail lovers, prepare to experience The Big Easy, the new Darlinghurst cocktail bar that’s just opened its doors to Sydneysiders.

Get ready to be transported to the streets of New Orleans at this vibrant new venue. Headed up seasoned drink slinger Doug Laming (previously The Smoking Panda, Brix Distillery and Rabbit Hole Bar), The Big Easy is set to treat punters to a taste of the famed restaurants, bars and musical heritage America’s Deep South is renowned for. 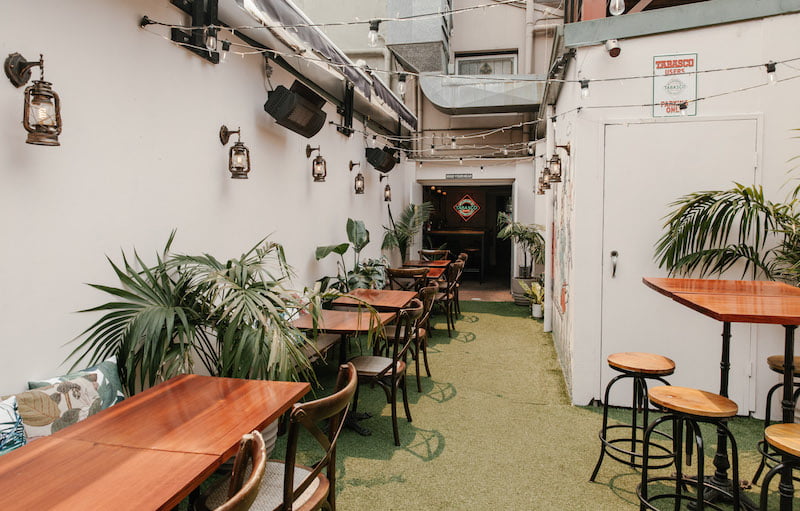 “I like to think of the bar as a mash-up of each distinct area of New Orleans,” tells Laming. “I’ve taken inspiration from popular areas like Bourbon Street and the French Quarter, as well as the city’s the Hoodoo/Voodoo culture, to create an authentic space that blends the classical roots of the city’s cocktail heritage with the fun atmosphere of the Mardi Gras on Bourbon Street.”

Drinks are undeniably the star of the show at The Big Easy with a carefully considered menu of signature New Orleans-influenced cocktails. Get ready to sip your way through signature mixes such as The Big Easy Fizz, which features a unique twist on a Ramos Gin Fizz, switching gin for a blend of Sazerac Rye and Southern Comfort Black and mixed with burnt orange, lemon, Peychaud’s bitters, egg white and Fever Tree dry ginger ale, topped with a sprig of rosemary.

But cocktail aren’t the only drinks The Big Easy will be pouring for punters. The venue also boasts a stellar wine list along with a vast array of American beers and whiskeys to sip on this summer. Love a bargain? Make sure to swing by from 4:30pm to 6:30pm every Wednesday to Friday to take advantage of the bar’s Happy Hour, with discounted beers, wines and Aperol Spritzes on offer.

The space boasts two levels for punters to explore, with exposed timber, greenery and the soft glow of fairy lights set the mood for a leisurely afternoon of sipping and sampling this flavour-filled menu. Make sure to head for the outdoors this summer with an eye-catching New Orleans-inspired mural by Sydney artist Kentaro Yoshida taking prime position in the sunny rear courtyard. Plus, head upstairs to see the venue’s second mural by artist Natty B. 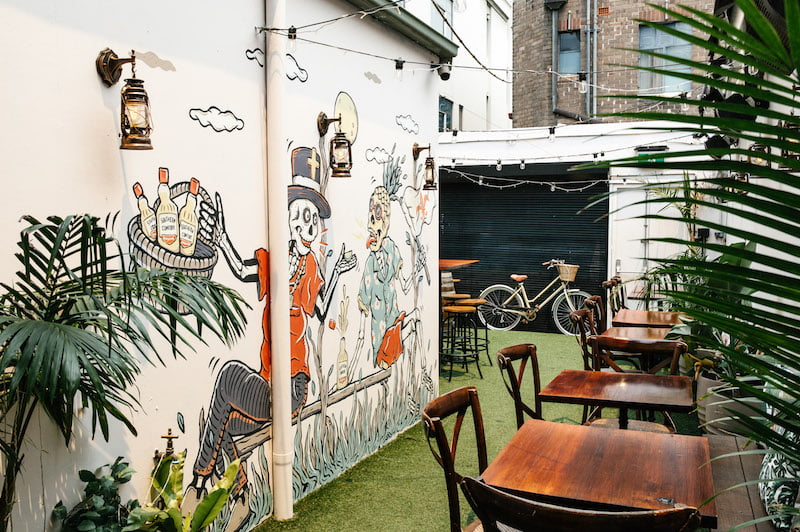 The Big Easy’s New Orlean’s influence extends into the venue’s food menu, boasting a variety of vibrant bites and hearty mains. Taste the flavours of the Deep South with staple dishes including blackened Atlantic cod with creole rub, creamed corn and toasted buckwheat and the unmissable Big Easy jambalaya, packed with Andouille sausage and shrimp, with all the trimmings.

The Big Easy is now open at 77 Stanley Street, Darlinghurst, open Wed-Fri from 4pm till late and Sat-Sun from 12pm till late. Find out more about this new cocktail bar by clicking here.

Looking to bar hop your way around the Eastern Suburbs? Check out our guide to the best bars in Surry Hills.