Hidden away inside the Harbour Rocks Hotel in the historic Rocks area of Sydney is Tayim, a new Middle Eastern inspired restaurant. Taking over the once Scarlett Restaurant the space has retained it’s striking heritage listed sandstone walls. Mixed with minimal table settings, a neutral colour palette and bespoke wall features the venue is warm yet contemporary. Wander around and you’ll find different spaces sectioned off by the thick sandstone including a separate bar, private dining room, central dining area and another dining space with a high, communal chefs table. They’ve also added a casual deli at the back with a separate entrance for people to pop in during the day and grab a takeaway coffee or lunch. 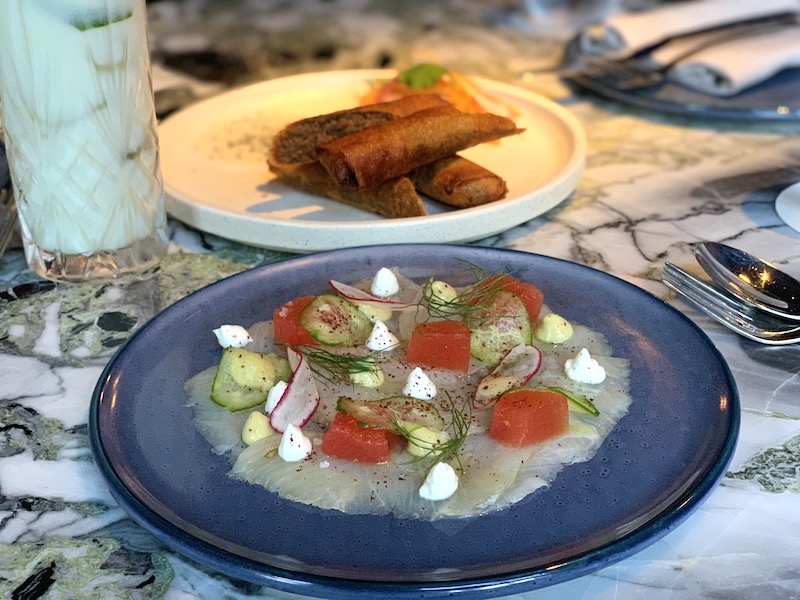 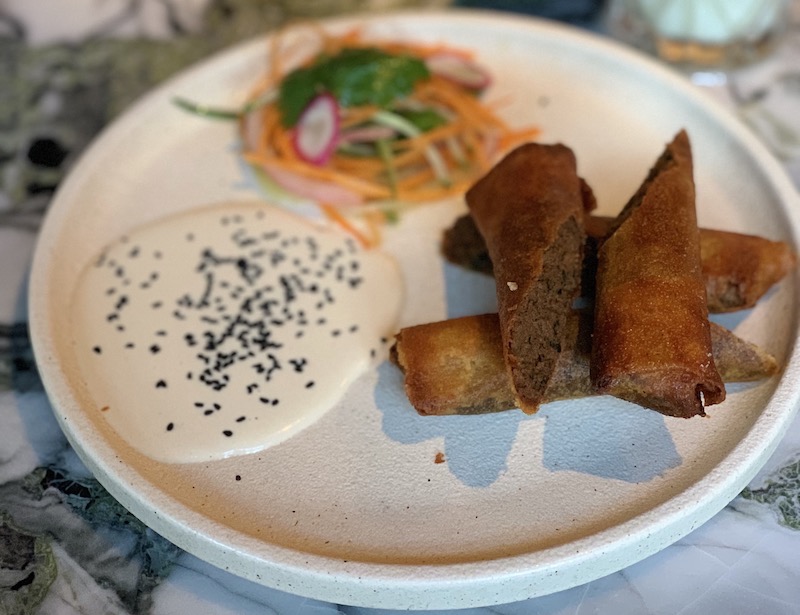 The Middle-Eastern inspired menu has been designed by Head Chef Ran Kimelfeld (former Head Chef, Nour) and has a lot of the usual bold flavours you’d expect from the region. Lots of harissa, tahini, yoghurt, hummus, zaa’atar, lemon and labne.

For starters you can order an assortment of snack items like pickles, hummus, house made bread. The sumac cured kingfish is a nice light starter with compressed watermelon, green chilli, labne and lime ($21). In comparison the wagyu cigars made with finely ground minced beef mixed with herbs, spices and encased like a spring roll will leave your thirstier than a camel in the desert. You’ll need extra yoghurt and tahini dressing to balance the saltiness. 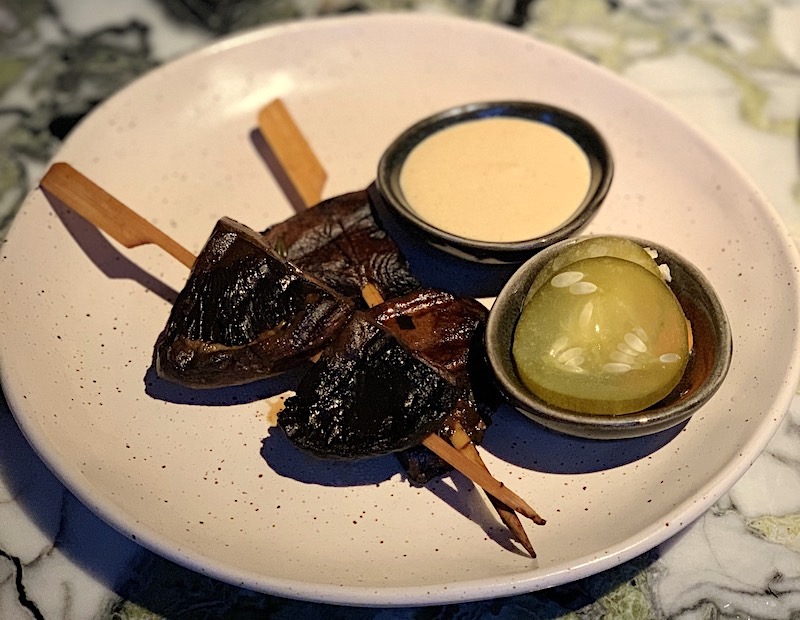 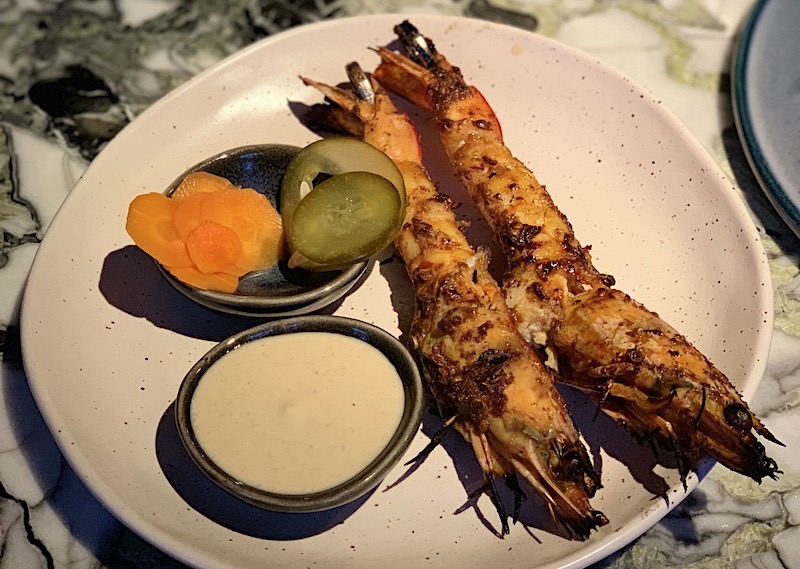 Straight from the grill you have an assortment of skewers, great little snack sized bites including lamb kofta and a kangaroo kebab. The portobello mushroom dressed in balsamic, rosemary and garlic tastes nice but is a little underwhelming at $14 a serve for one mushroom cut into four pieces. The yamba prawns (2 per serve) with harissa are great though and worth the $18.

Mains come predominately from the open grill including a whole rainbow trout, grilled chicken with onion gravy and a 500g rib eye. The fire roasted eggplant ($23) has lots of flavour with dots of tahini and fermented chilli around the plate and kalamata olives. 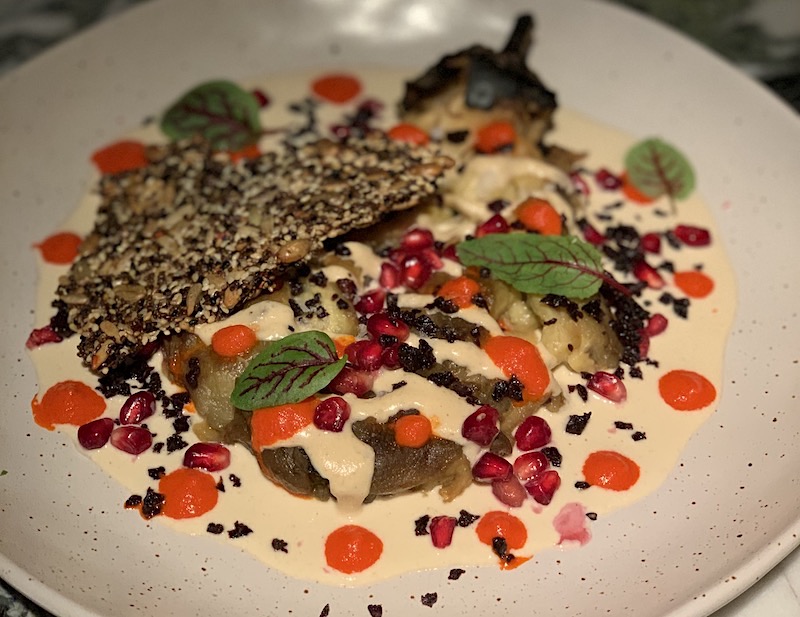 I’ve already planned my next meal at Tayim and it’s quite simple. The lamb shoulder with white bean musabbaha ($45), hand cut chips with za’atar salt and herb aoli ($14) and the roasted figs, radicchio, walnuts and goats cheese salad ($21). That my friends is a winning combo. The slow cooked lamb has been sous vide then finished off in the oven and falls apart with a spoon. The chips remind me of my Greek grandmas- soft inside, a crispy outer and deliciously salty. The salad, it’s just a classic combination of complimentary ingredients. I’ll be finishing the meal with a semolina rose pudding topped with berries, scattered pistachio nuts and crisps of pistachio meringue. 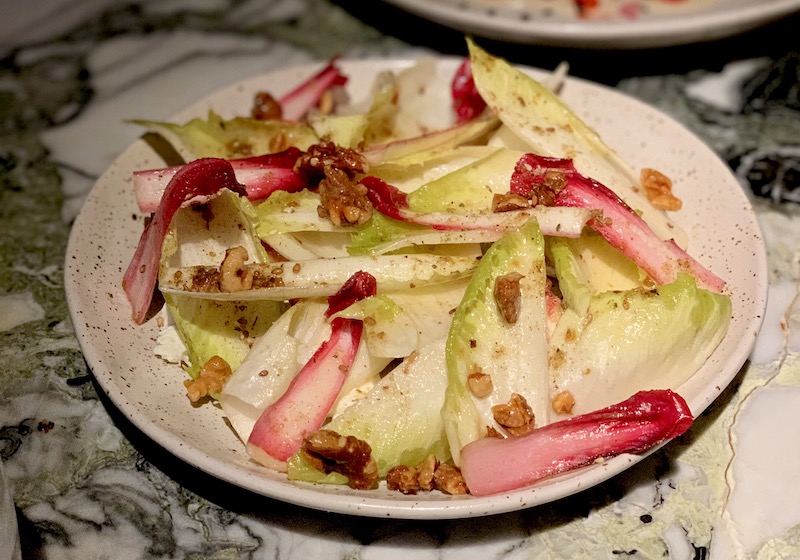 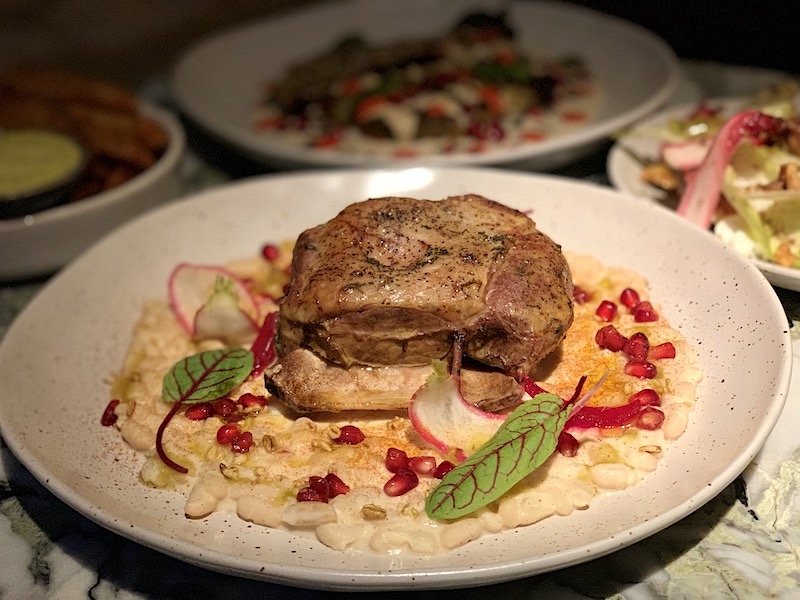 The wine list is substantial and designed to pair well the spices in the food but it’s the cocktails at Tayim that i’ll be back for. Developed by General Manager Reuvin Lim (Sake, Cho Cho San, Tequila Mockingbird) the Middle-Eastern theme is carried through with flavour combinations and ingredients you’re unlikely to see on a regular drinks lists. Try the Silk Road, a refreshing mix of of Ketel One vodka, yoghurt, cucumber syrup, zaa’atar, lemon, dill and mint- great for those who don’t like overly sweet cocktails. The Desert Bloom tastes like Turkish Delight in a wine glass with rose vermouth, pomegranate, rose and 42 Degrees South cuvee. 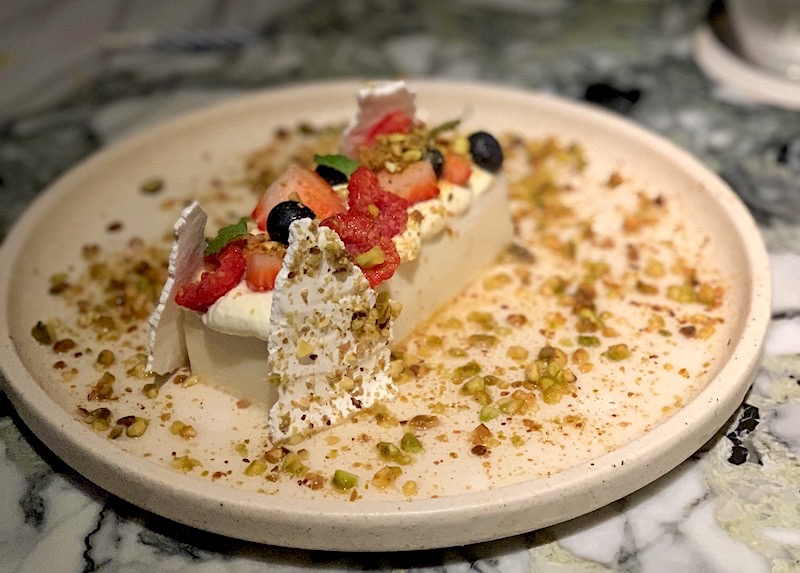 If  you’re looking for somewhere cosy and discreet in the city try Tayim. There’s something fun and foreign about The Rocks compared to other suburbs in Sydney. The rich history, sneaky little laneways, cobbled streets and beautiful sandstone buildings. The Habour Rocks Hotel is a beautiful space too and after making your way down the stairs to Tayim you’ll quickly forget you’re in a hotel restaurant. The only thing that could make Tayim better is a new playlist. The Cafe del Mar chill mix style elevator music on repeat doesn’t quite match the bold flavours of the food.