Tanqueray Dinner at Rockpool On George 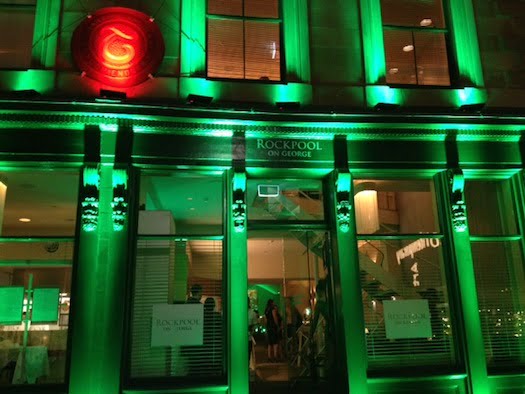 Tanqueray Gin took over Rockpool on George in Sydney recently for a night of multi sensory discovery. This culinary institution was opened by Neil Perry in 1989, his flagship fine dining restaurant, the start of many to come. Staying alive for 24 years in any industry is impressive, even more so in the Sydney food scene. During those years Neil and the team have seated food lovers from Sydney and all over the world, served hundreds of dishes, experienced every dietary requirement imaginable and worked with many brands to showcase their products. You could almost say they’ve seen it all.
Pulling up for dinner to a building I barely recognised I couldn’t help but think this was surely the first time the Rockpool facade had been illuminated bright green. 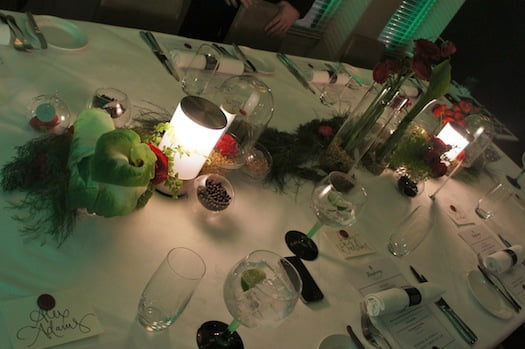 Walking into what felt like a giant Tanqueray bottle I was greeted with a glass goblet of Tanqueray Gin and Capi Tonic then shown to my table. The evenings special guest was Neurogastronomy expert Professor Charles Spence from Oxford University. Spence has been conducting research into palate cleansing properties and has applied it to a dining concept in collaboration with Tanqueray and the team at Rockpool. Spence advocates Tanqueray as an ideal pre-dinner drink to cleanse the palate, ready for food. Sounds good to me! 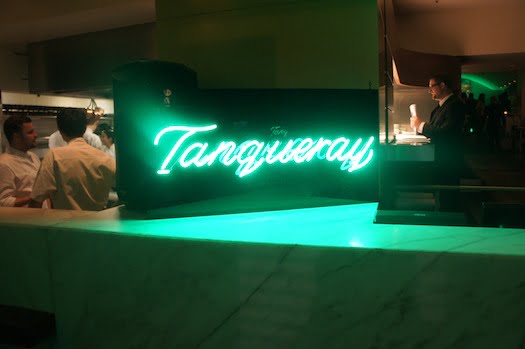 The four botanicals used in Tanqueray gin (juniper, coriander root, angelica root, and liquorice) were used in each dish created by Head Chef Phil Wood. The menu was also inspired by original dishes created by Neil Perry in the first weeks Rockpool ever opened.  And the menu…


If this sounds like something you wish to experience, this world first dining event will be hosted again by Neil Perry and Good Food Month Festival Director Joanna Savill, on October 15 in Sydney at Rockpool on George as part of Good Food and November 19 in Melbourne at Rosetta at Crown Casino. Tickets are $150 including a Tanqueray gin signature serve on arrival + 5-course neurogastromonic tasting menu with an additional drinks package available. To find out if there are seats left phone Rockpool on (02) 9252 1888.