Those summer nights! Danny and Sandy make a completely justified appearance here, as we go through a list of the best outdoor cinemas Sydney has to offer. From drive-ins and camping to seaside cinematic experiences. Grab your picnic basket, your sturdiest deckchair or your convertible rooftop, and read on.

Sunday January 7 2018 – Saturday February 17 2018
Situated on Mrs Macquaries Point against a backdrop spanning the Opera House, Harbour Bridge and city skyline is St. George OpenAir Cinema. With these unrivalled views, sit back and relax as a giant screen is hydraulically raised from Sydney Harbour to stand three storeys high before a 2000 seat grandstand. With 32 speaker surround sound, the 2018 program includes premieres, previews and the best of current and recent releases.
Full program here 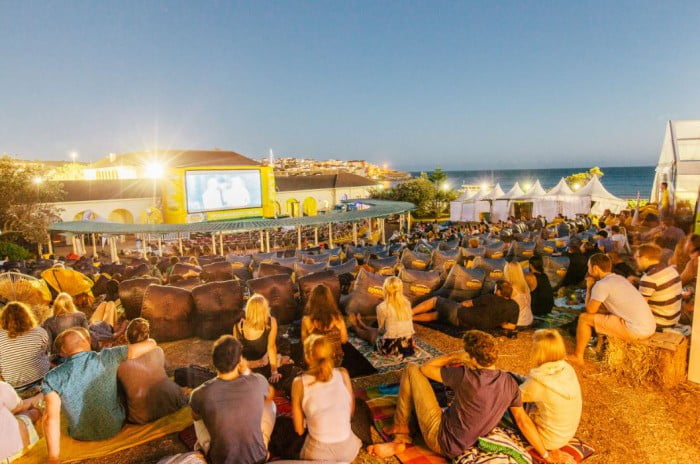 Running Wednesday 29th Nov until Weds 20th December.
Openair Cinema’s are coming to ten cities across Australia and New Zealand, including, of course, the glorious city of Sydney. Set in Cadigal Green at Sydney University, this cinema experience promises to be more than just a movie and popcorn affair. Taking advantage of the summer vibes, Openair Cinemas will be pumping out live music in addition to the popular flicks. From Christmas classics like Love Actually and Elf to the latest releases, Openair Cinemas will be fun for families and adults as well as film fanatics.
Full program here

Running 19th January 2018 – 4th March 2018
With the Inner-west edition wrapping up in mid December, American Express Openair Cinemas will be next popping up in breezy Bondi! Returning to Bondi Beach on January 19th until 4th March 2018, enjoy six weeks of riveting cinematic watching under the stars. Pre-sale tickets are already available, so be sure to get in quick to avoid disappointment.
Full program here

January 12th – January 21st, 2018
Flickerfest is Australia’s leading competitive short film festival. Running for over 25 years, filmmakers know that it’s a must visit date on the International Short Film Festival calendar. With over 2,300 global entries, just over 100 new short films from around the world are screening. In celebration of the ‘Yes’ vote and the same sex marriage bill being passed in Australia, the Flickfest 2018 program will feature a unique LGBTQI programme of short films –  Rainbow Shorts. Curated by Teenage Kicks Writer/Director, and Flickerfest team member, Craig Boreham, this special programme will be a showcase of the very best Rainbow short films from across the world.
Full program here 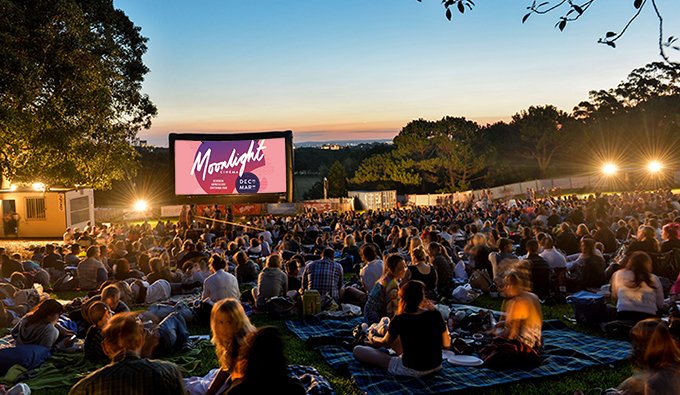 December 01, 2017 – April 01, 2018
Another grande dame of the outdoor cinema circuit is the Moonlight Cinema. Plaid picnic blankets have been rolled out over the Belvedere Amphitheatre in Centennial Parklands for years. Advance screenings, new releases and cult films are all shown. A fully licensed bar, candy bar, and LA Style Food Truck caters for all your cinematic snack needs. You can also take your own picnic and bring any food or drink (including alcohol) you’d like. Gold Class takes the form of ‘Gold Grass’ ($35), where the VIP treatment includes entry, your own Bean Bed, and food and beverage service. Those summer movie dates just reached a new level!
Full program here

January 12th – January 28th, 2018
Movies by the Boulevard is a relaxed, family-friendly film fest, which also happens to be FREE. On selected nights there are even kids’ activities but make sure to check what’s screening as not all movies are appropriate for kiddies. Arrive early to enjoy a range of tasty food, drinks and snacks available for purchase, or pack a picnic and rug or low chair and have a leisurely evening.
Full program here

Daily
Nostalgia meets Hollywood glam at Sydney’s last remaining drive-in Skyline Drive-In Blacktown. Originally built in the 1960s, the twin-screen venue went through a massive revamp a couple of years ago and was transformed into an ode to retro Americana, but with all the mod cons. The Blacktown Drive-In is part of Event Cinemas, so you’ll catch all the latest Hollywood films released in theatres, but from the comfort of your car. You can also bask under the moonshine on a ‘Grass Class’ deck chairs. When those hunger pains strike, hit up the Happy Days-style diner for a burger, hotdog, malt shake, spider or banana split. 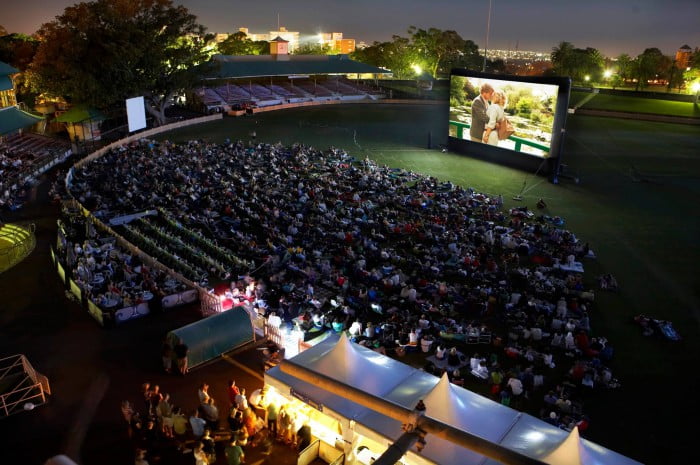 North Sydney (Thurs 18th Jan – Sat 24th March, 2018) Wollongong (Dec 27th, 2017 – March 10th, 2018)
The Sunset Cinema has two convenient suburban locations! North Sydney Oval is home to the North Sydney location. Here, a local landmark is lit up by a large screen and luminous residents. Wollongong Botanic Gardens are also rewarded with the wonderful outdoor cinemas passionate about community fun! With screenings ranging from the newest Hollywood blockbusters to the oldest classics and retro favourites, Sunset Cinema have perfected the outdoor cinemas under the stars, and brought them to the suburbs!
Wollongong Program   North Sydney Program 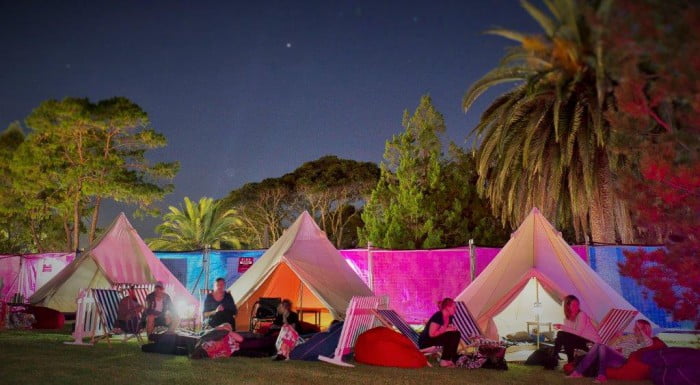 January 11 – February 18, 2018
The much anticipated Sydney Hills Outdoor Cinema is back in 2018, celebrating its forth year running. This year they’re upping the ante, offering everything from refreshing jugs of Pimm’s from the fully licensed bar, Epic Pizza by the slice and the enormous 22’ and Twisted Frozen Yoghurt from the Candy Bar. The 2018 edition has four dedicated areas, including general admission on the grassed area with an optional beanbag. Those looking for a more luxe experience can opt for the Smooth VIP premium reserve seating, which includes a banana lounge and a complimentary Twisted Frozen Yoghurt Cup. With a group of 4+ people? Why not test out Cabana class. It features a king-sized bed with an overhead Balinese style draping, blanks and private butler service meaning you won’t need to move a muscle from your movie-watching fortress.
View Program