On Devonshire street, close to The Shakespeare and Mohr Fish, SOUL dining is in good company. With dark and moody lighting spilling out onto the street, the inviting restaurant has velvet seats, a warm ambience, and tasteful modern interiors. SOUL dining has an a-la-carte menu and set menu to choose between, which caters to suit all. They have just released a new menu, and co-owner Illa Kim and her husband Daero Lee who is the executive chef, have created the new menu by using his team’s memories of food. “Many of SOUL Dining’s new dishes re-imagine nostalgic favourites to become modern soul foods,” he said.

The meal started with warm rice bread, which was toasted on one side and served with butter. The bread was doughy and chewy but a nice change from the sourdough you usually get.

The entrees are mostly raw, and all evoke very Korean flavours. There’s chilli tuna that is served as thinly sliced carpaccio, spicy fermented chilli gochujang sauce, caperberry, wasabi aioli and Jerusalem artichoke chips. It is light with a hint of spice, and the tang of caperberries and wasabi bring it all together. There are also a few old menu favourites, like the kingfish in kimchi water and their wagyu tartare. The kingfish is cut a little thicker which gives it a good consistency to eat, all in one bite. It is topped with house-made kimchi water, avocado puree and Korean soybean sauce. The wagyu tartare is served with Korean bulgogi dressing, pickled Singo pear and egg yolk topped on a seaweed cracker. The meat is respectfully tended to and tastes quite rich. All raw dishes were delicious and well-executed. 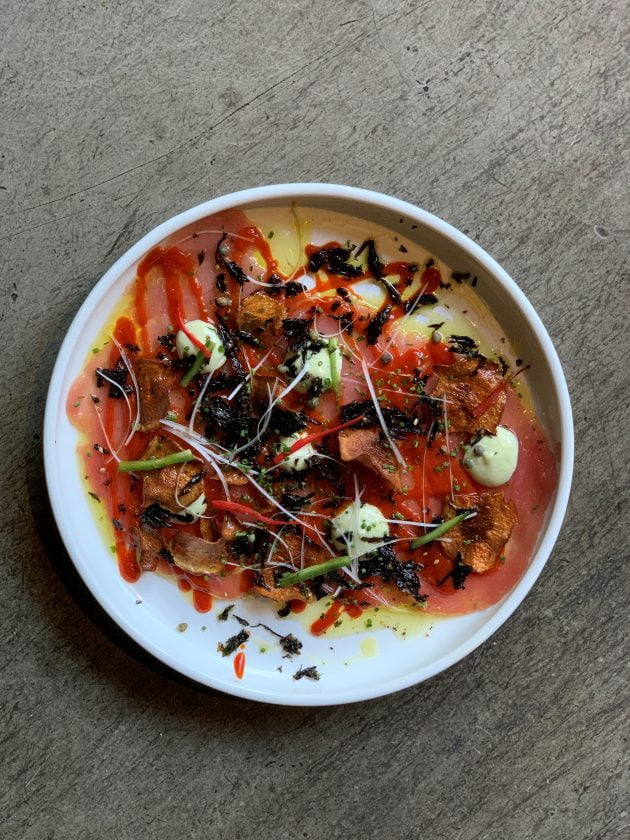 On the set menu, you can choose two out of three mains. We chose the Prawn Tteokbokki and the Spicy Korean Charcoal Chicken. The prawn tteokbokki is basically Korean gnocchi. It’s served with fresh prawns, nduja, house capsicum sambal, prawn bisque and rice “gnocchi” which is like the rice bread we started the meal with. The rice pasta is dense and chewy but works well with the delicious prawn bisque and the large prawns. 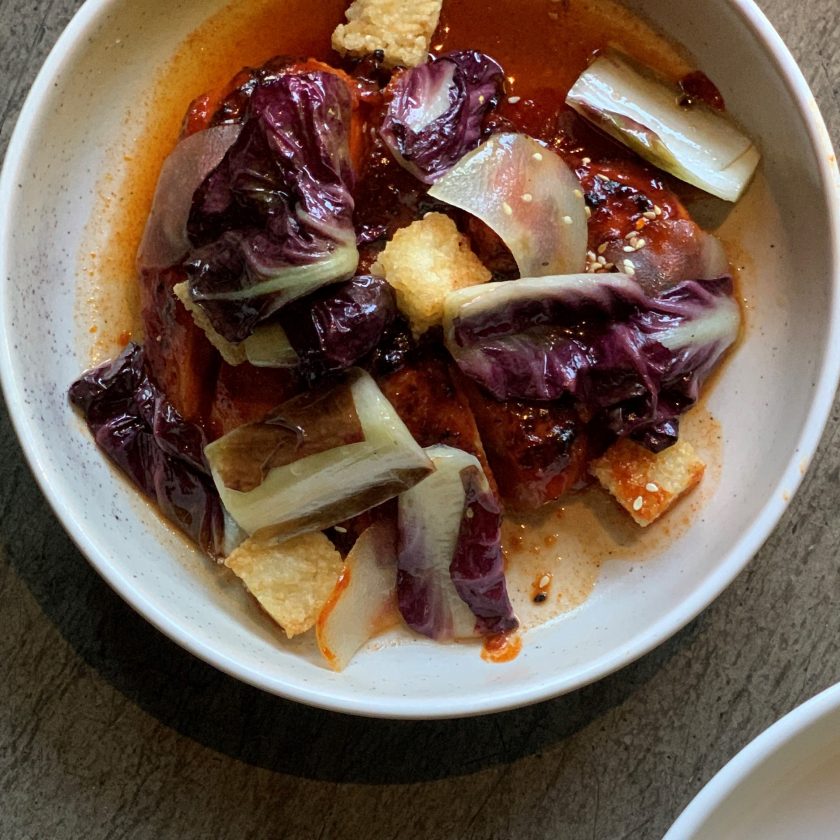 The spicy Korean charcoal chicken was the best dish of the night. It’s a larger serve, dressed with fermented chilli gochujang sauce, crispy rice and charred radicchio. It was everything it says, spicy, slightly charred, and perfectly cooked chicken. To mop up all that sauce, the radicchio is lightly braised and the whole dish is just perfect from the first bite to last.

The desserts are designed to share. We loved the Baba ‘Oreum’ – Jeju Island on a Plate. This dessert is similar to rum baba but uses traditional Korean ingredients to represent the volcanic island’s features and produce, such as the locally made mandarin vinegar and Yuza syrup, with black sesame gelato representing the volcanic soil. This was a favourite as it was served warm, doused in syrup and the sesame ice cream cut through the richness. 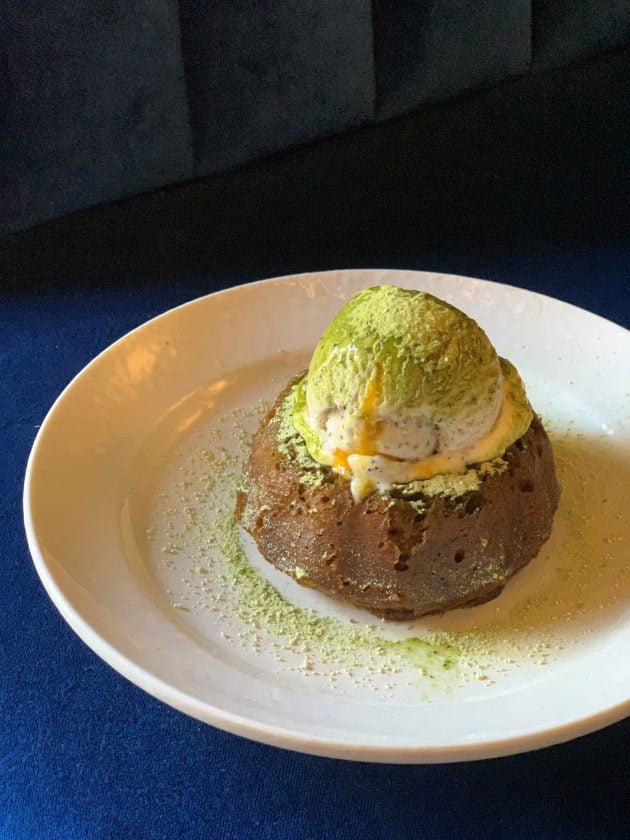 All in all, the dishes at SOUL dining are wonderful. They use precise cooking techniques, very traditional ingredients with a modern spin. The service is attentive, and the drinks list is creative and well-thought-out.