Head to QT Sydney to experience their brand-new cinema club in collaboration with Four Pillars Gin.

When was the last time you spent a night at the movies? Over the past year, many of us have ditched the cinema for a night streaming Netflix on the couch. And while we love a good night in, there’s nothing quite like the magic of the movies. And this summer, we’ve found an epic new cinema experience to add to your summer break itinerary.

Meet QT Cinema Club, the brand new underground film hangout located in the heart of the CBD. Anyone who has been to QT Sydney, the art deco masterpiece in the CBD, will know what to expect from this subterranean film spot. This theatre-meets-speakeasy-bar is set to be one of the top spots to watch films this summer.

The best bit? QT Cinema Club is available for private bookings of up to 28 people, making it the perfect spot to host a celebration with your crew this summer. 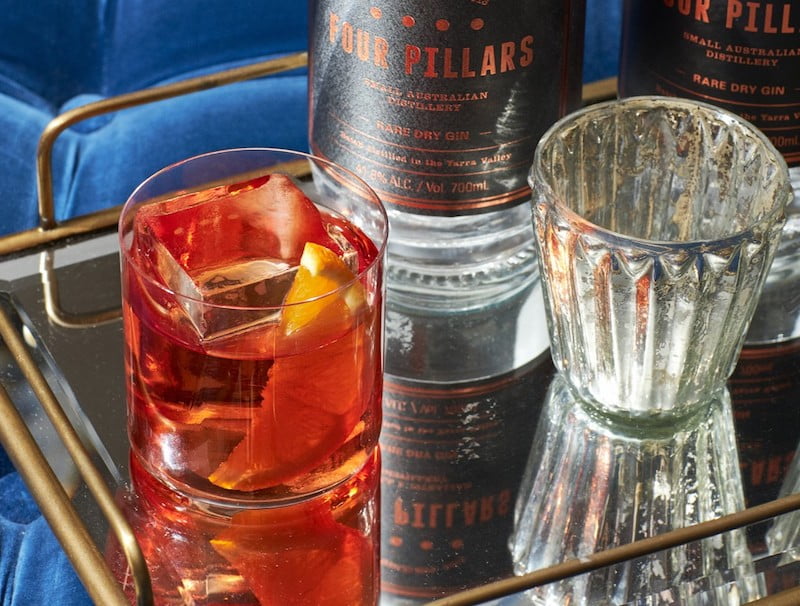 There’s plenty of top-notch flicks available for your private screening at QT Cinema Club. Press play on Hollywood classics such as The Artist, There Will Be Blood, Dirty Dancing, Chicago and Lost In Translation. Fancy a touch of romance? Choose from an epic line-up including Before Sunrise, Muriel’s Wedding, The Big Lebowski, and Jane Eyre. Plus there are tonnes of action and drama to screen too, including Blade Runner, Back To The Future, Ex Machina, Batman, Kick-Ass, Senna and so much more.

As for drinks, QT Sydney has teamed up with the legends at Four Pillars Gin (creators of the world’s best gin) to deliver a bespoke cocktail menu to pair with each genre of films. Four Pillars Creative Director James Irvine has curated five bespoke cocktails, including the Hollywood Gimlet, Couples Seating, Planet of the Grapes and more.

Ready to book your spot? QT Sydney’s Cinema Club is currently offering two packages for groups. Their Debut package ($79 per person) comes with a complimentary cocktail, bottomless gin-salt popcorns plus a $25 QT Sydney room credit for each attendee.

Go all out and secure your Blockbuster Package ($149 per person), including 5x cocktails, bottomless gin-salt popcorn, snacks from QT Sydney’s Parlour Cucina, a Parlour Lane Choc top plus a $25 QT Sydney room credit for each attendee.