Escaping Sydney winters in search of Mediterranean summers might feel a little like a distant memory, but come March our very own patch of the Med will open in Sydney.

Restaurateur Andrew Becher, owner and operator of French brasserie Franca, will open Parlar – a Catalan-inspired restaurant and bar right in the heart of Potts Point.

The menu, designed by Executive Chef, Jose Saulog showcases an interpretation of Catalan and Mediterranean influenced dishes utilising the best seafood Australia has to offer, served as tapas-style share plates. The share style format sets the tone for a lively experience, bringing a Mediterranean buzz to a fine dining offering.

From the design to the food and drink menus, Parlar is heavily influenced by Becher’s travels through Europe capturing the ultimate combination of Catalan and Mediterranean culture and cooking.

Andrew says, “On all my travels throughout Europe, I always stopped by Barcelona. You could say I have a long-standing love affair with the city. I love the Catalonian coastline and surrounding regions, in particular the Perpignan area of southern France which has a strong influence on the Parlar cuisine.”

From small tapas dishes such as the super savoury anchovy churro, to a more substantial dish of fideuà marinara (a Valencian dish similar to paella but with pasta, instead of rice) each dish guarantees a bomb of flavour completely unique to this part of the world. 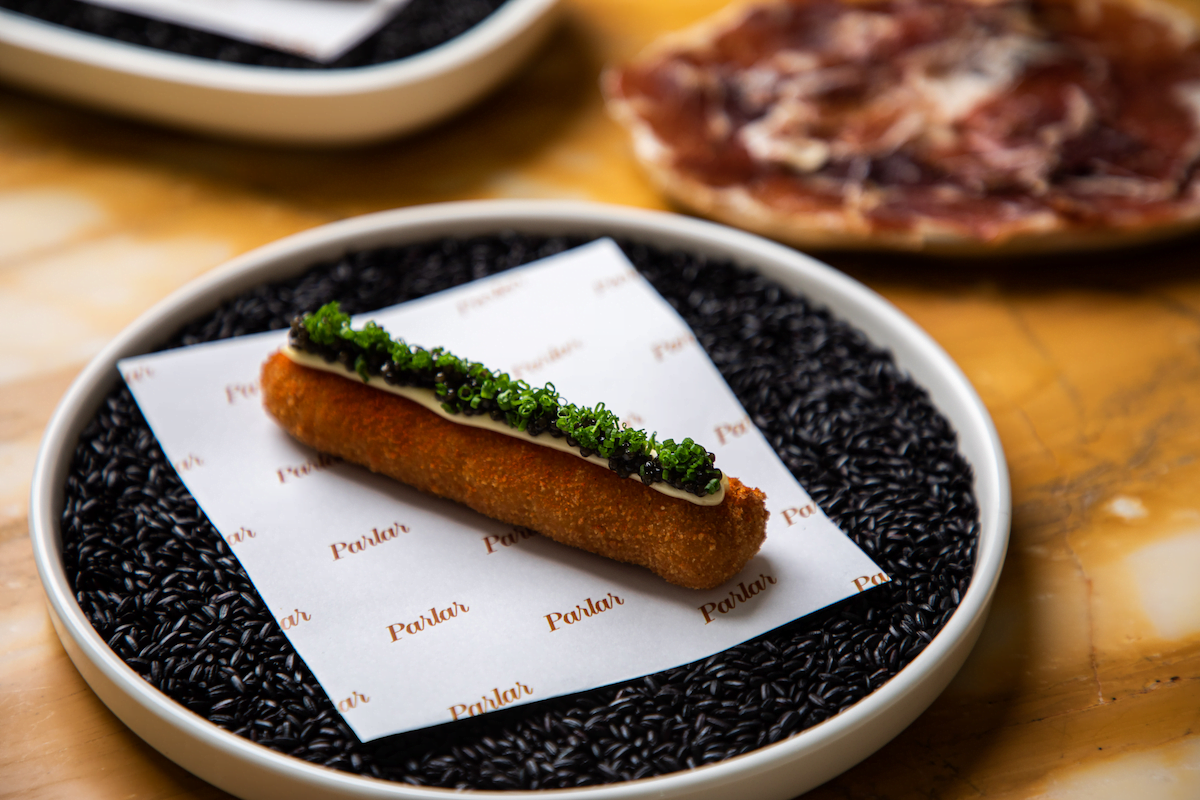 The design of Parlar is a collaboration between Becher and Josh Clapp of interior firm Steel & Stich. The room will feature warm Mediterranean colours and tones, with luxurious touches of Gallio and Rosso marble, and European oak timber. Banquette seating wraps around the room, and there’ll be a strong art focus with works from 70’s American artist, Alex Caulder.