2018 has seen many thought provoking trends in the food and drinks sphere. From oh-so-Instagramable foods to the ‘hero’ dish and a growing trajectory of boutique drinks. Sour ales and natural wines fit suitably in this latter category, and sure enough there’s now a new watering hole offering just that. Neatly tucked away on the second level of Darlinghurst’s beloved The Taphouse, Odd Culture is a first of its kind wild ale and natural wine bar.
After purchasing The Taphouse in 2017, brothers James and Josh Thorpe were committed to retaining the venue’s local and independent beer focus. In an effort to further harness their passion for boutique and interesting brews, the Thorpe brothers decided to reinvent the middle level of the pub to create a new drinks offering.
Here you’ll find a constantly rotating menu of twenty beers on tap, twelve wines and the largest bottle list of wild ales and sour beers in Australia. Wines are poured by the glass, inviting you to try something new and delicious every time you return to the bar. Negroni lovers will swoon over the reinvention of the classic cocktail, made using homemade Rodenbach vermouth with citric and malic acids, transforming it into their signature ‘Sour Negroni’. 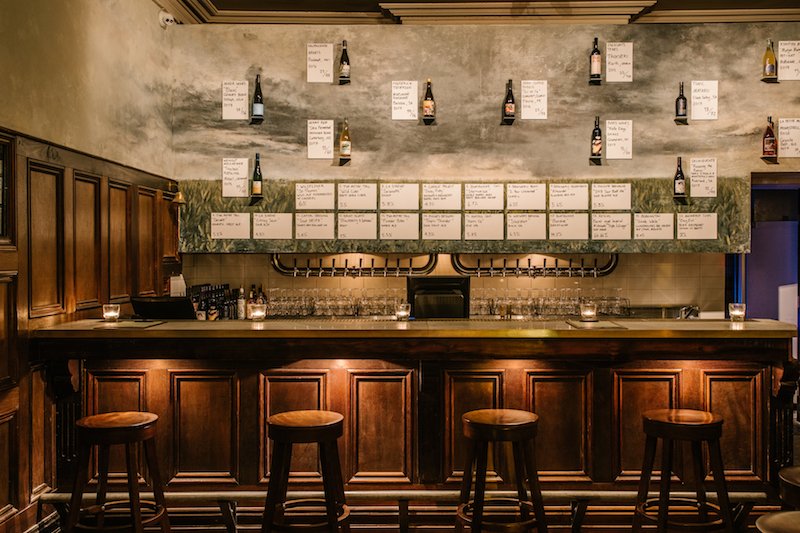 As for the food offering, it certainly doesn’t come as an afterthought. Head in for a revolving door of natural cheeses, cured meats and tinned seafoods, giving you the opportunity to build your own mixed plate. The Taphouse’s Head Chef, Rob Paget, has also created a snappy menu for the bar with a selection of snacks and burgers, including ‘The Toastie’ with ‘nduja salumi and cheddar reverse toasted on thick sourdough.
For those wanting to broaden their knowledge, Odd Culture will also host a fortnightly ‘meet the winemaker/brewer’ program. The premiere event, hosted on Wednesday 15th August, will feature Alastair Reed From Konpira Maru Wine Company and James Dittko, head brewer at Mayday Hills and Bridge Road Brewers. Guests will be able to taste a range of wild fermented beers and natural wines paired with two-courses. Tickets are $45 and can be purchased from www.taphousedarlo.com.au/alestars