JINJA: Contemporary Cantonese Has Arrived Within The Governor Hotel

Offering a selection of over 20 dim sums and a ceremonial tea tasting dispensary, Jinja is pouring up a whole lot of Chinese tradition infused with a decadent modern twist.

The first floor of Macquarie Park’s Governor Hotel will become the backdrop to a mouth-watering Eastern culinary adventure this August. Headed by ex-Crown Head Chef (including the hatted Silks and Teahouse) Sebastian Tan has designed a truly diverse menu at Jinja, blending authentic Cantonese recipes with contemporary influences.

Signature dishes comprise a selection of over 20 dim sum dishes including a Winter Truffle King Prawn Dumpling and a Lobster Truffle Spring Roll. For mains, Nan Jing Style Crispy Pork Belly with citrus, star anise, dried chilli and spicy plum sauce is among a plethora of flavourful sharing plates, other must-try’s include the Peking Duck Pancakes with cucumber, leek, shallots and hoisin sauce from the BBQ menu and imaginative desserts like the Secret Deep Fried Ice Cream. 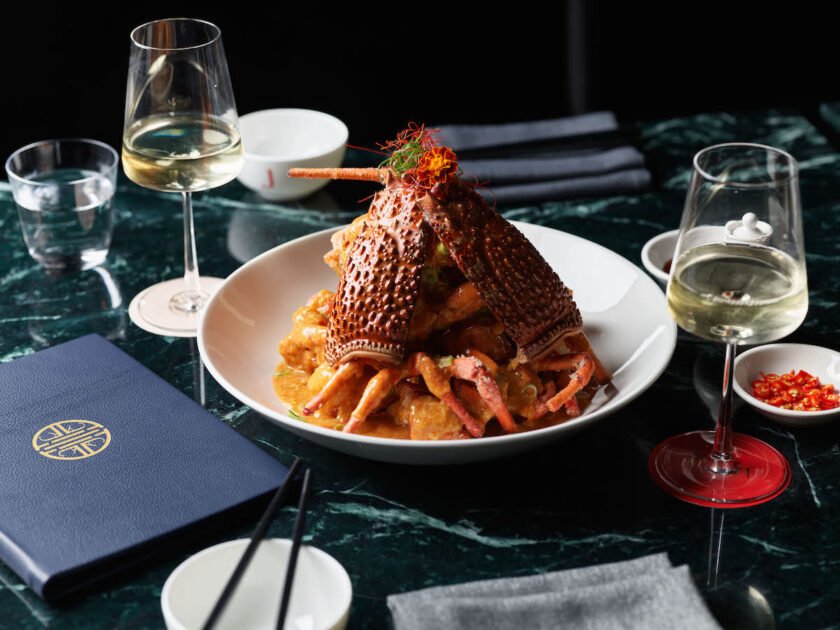 Adorning the oriental wallpaper, works of artist Ronnie Samuels depict his muse and inspiration for the venue’s namesake, local Sydney legend Jinghua. Jinghua, more affectionately known as ‘Jinja’ due to her obsession with ginger spice, is the epitome of a successful modern woman. Splitting her time between Sydney and Shanghai, Jinghua maintains deep roots to her Chinese heritage and everything about the venue pays homage to that.

Taking centre stage in the dining room is a ceremonial tea tasting dispensary featuring an extensive selection unique to the venue. The bar stocks Australia’s largest selection of baijiu (meaning clear liquor in Mandarin) as well as a classically driven cocktail list with an oriental twist. If you’re familiar with your Chinese mythology, you might recognise the names of some of the signatures, inspired by The Eight Immortals, a group of legendary xian (“immortals”). With secret rooms and private wine rooms hidden behind sliding walls, there are plenty of places to retreat within the large and lively space. Settle in for the night on an opulent red velvet banquette, or sink into a sumptuous booth for a little privacy, it’s easy to get lost amongst the Shanghai-inspired bustle.