Morgan McGlone of Belle’s Hot Chicken fame has been resident “culinary curator” at Harpoon Harry for some months now. You’ve probably seen his devilled eggs circulating social media but now he’s adding a whole new level to the HH dining experience. A whole new level one to be precise. That’s where you’ll find Harpoon Harry Dining Room, a restaurant where McGlone is sharing his experience with Southern American flavours and drawing on his recent time in Charleston and Nashville. Expect big, smokey flavours without the big, bloated belly. This is refined southern food at it’s best.

Make your way upstairs to a dimly lit room filled with an eclectic assortment of dramatic furnishings. Like the worne checkered walls and long stem red roses placed in silver, vintage vases that match the red velvet curtains. Then there’s the large neon signs, one that hangs above the bar reading ‘Liquor’, the other ‘Revolution’ above the kitchen. Juxtaposed next to all of that are tables topped with white linen and smart looking, attentive waitstaff. It’s a good overall summary of the restaurant, it says we’re fun and casual but serious about our food. They’ve successfully turned what used to be a rather awkward in-between room into a buzzing restaurant, full of chatter and 50s style rockabilly music. 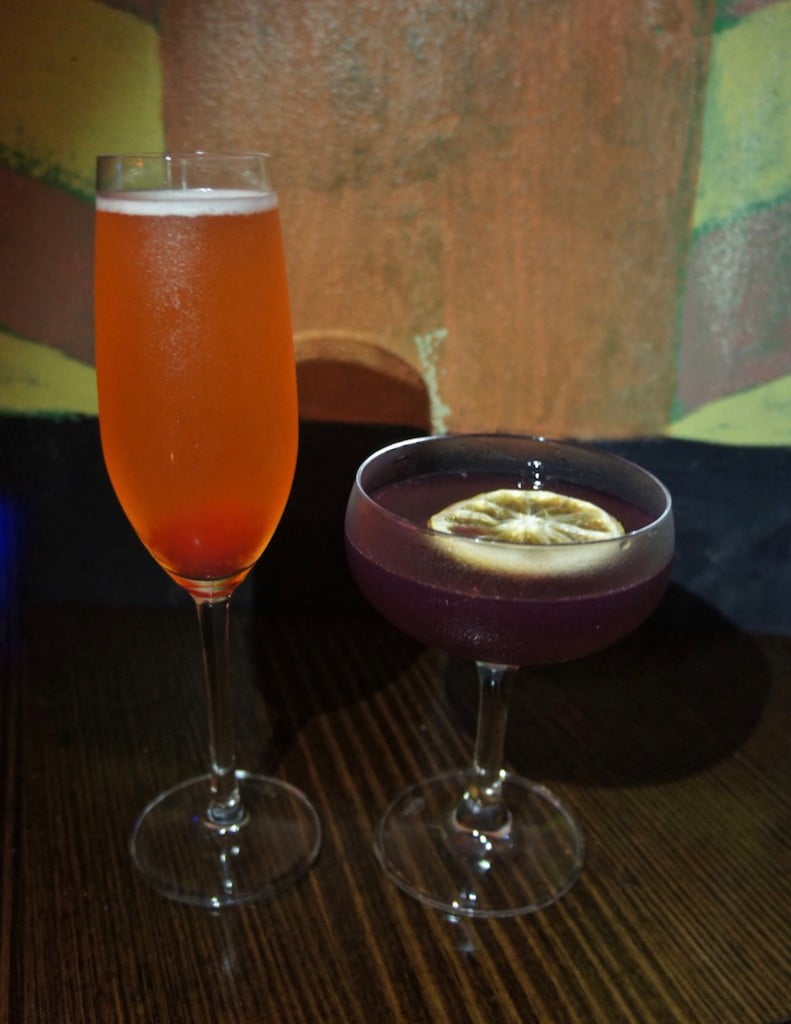 Head through the restaurant and grab a drink on the open-air terrace before dinner. The cocktail list is short and sweet, with each drink highlighting one key ingredient. The Rhubarb is made with Aperol, rhubarb honey shrub and prosecco ($13) and the Blueberry with beefeater gin, blueberry and lemon jam ($14). Both are light and refreshing, simple drinks to wet your appetite.

Take a seat back in the restaurant while you toe tap to some Jailhouse Rock and consider the one page menu split into entrees, mains, desserts and sides. McGlone admits he’s not a big fan of share plates but these days diners do what they want and that’s all ok with him. Go traditional or order a heap of dishes to share. For us, we start with two entrees, the St Louis pork ribs with Harrys BBQ sauce topped with crisp pigs skins ($24) and the gourds, mushroom, brassicas and grains ($18). 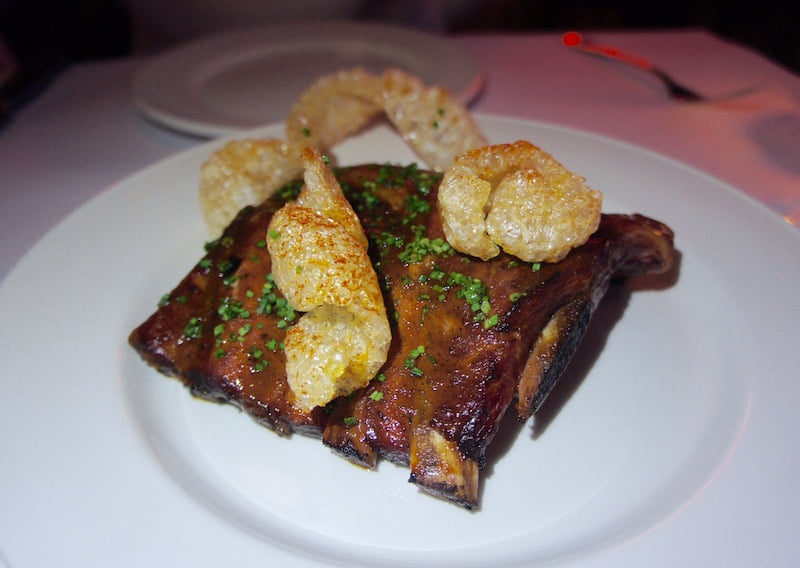 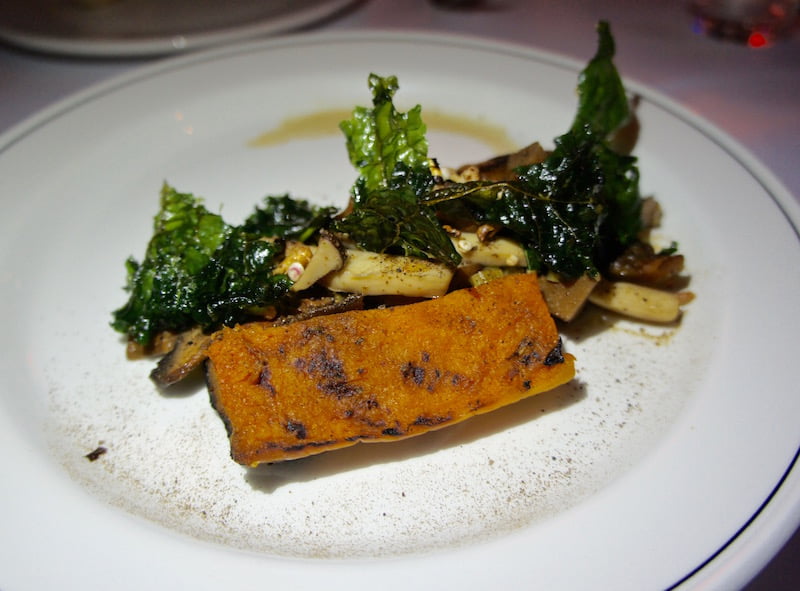 If you look carefully at the kitchen, peak through the pass and you’ll see a giant smoker the team have fondly named Harriet. This old girl is where the ribs are cooked. Don’t expect soft, fall-off-the-bone meat. According the McGlone these ribs are meant to be man handled and take a bit of work to pry the meat from the bone. Something that’s not particularly sexy but profoundly more satisfying and just how it’s done in the south. Channel your inner caveman and devour these smokey meat popsicles. The featured gourd in the gourd dish changes but on this occasion the featured gourd is pumpkin. Say gourd one more time! Whilst the pumpkin is a little bland the mushrooms and grains are full of flavour and a whole plate of them with the ribs would be the ultimate match. 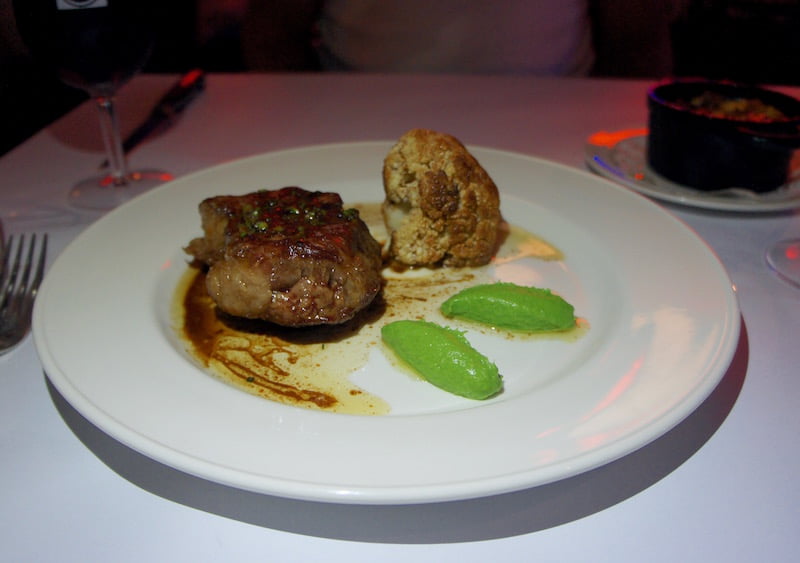 For mains you can’t go past a simple steak. The Rangers Valley flat iron comes with some delicious, earthy roasted cauliflower and a herb dressing ($38). Order it with an iceberg wedge topped with smoked tomato, radish and buttermilk dressing ($8). For something very southern, try a dish I haven’t seen on any Australian menu before, the shrimp and grits. Grits is ground corn, similar to polenta and it’s topped with plump, juicy prawns, a bit of sausage and zucchini. It’s a lot heavier than it looks on account of the grits so pace yourself. For a rich, utterly indulgent, totally delicious side the bone marrow pudding ($8) is a must try! 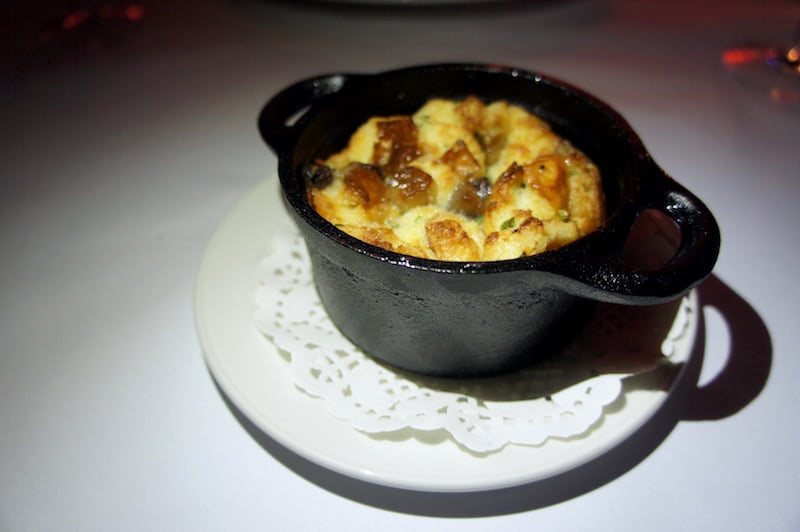 One of the best things about the food here is that McGlone has managed to capture the flavours and essence of the south without giving you that heavy, bloating feeling you often get from southern American food. You don’t walk out of there feeling greased up and ready for a nap. Which is great for two reasons. One, you can kick on downstairs for more drinks as the bar is open until 3am. Two, you sure as hell have room for dessert. 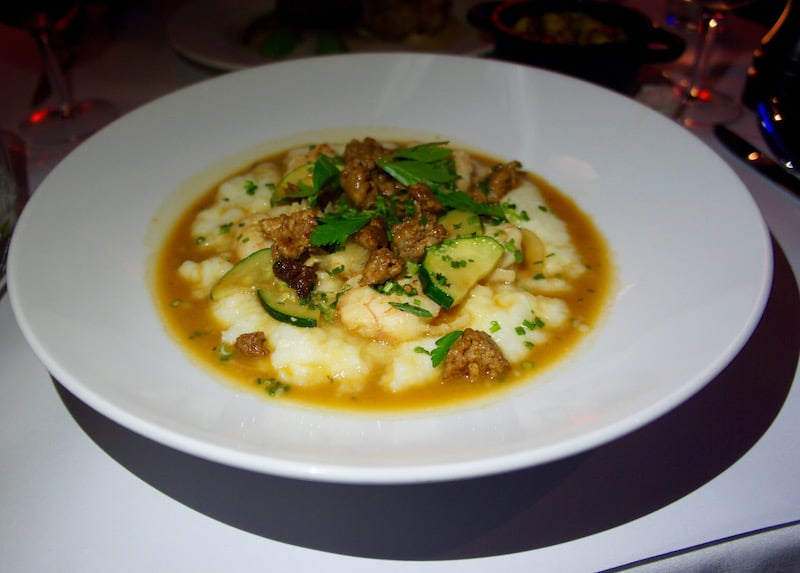 With only three desserts on the menu it’s tempting to order all three. And that’s what I suggest you do if there’s a small group of you. For the two of us we share the chocolate napoleon dessert made with a thick chocolate mouse, thin pastry, hazelnut praline and hazelnut ice cream ($12). It’s devilishly good and I immediately regret the offer to share. Dishes to try next time include Lady D’s Chess Pie ($12) a tribute dish to McGlone’s first pastry chef in Nashville, Lisa Donovan. “Her chess pie is still the best I’ve had. It’s sweet pie of buttermilk egg custard with a classic lard casing that’s baked at a low temperature. It’s just so cool and simple”, explains McGlone.

The drinks list, curated by James Hird is fairly short, just like the menu with lots of natural wines by sustainable growers from Australia and abroad. They also have a little whiskey trolley with assorted nips available. They’ve even got a bottle of 20 year old Papa Van Winkle’s Family Reserve bourbon going for $110 a shot. Make sure you don’t accidentally knock that one off the trolley, apparently there’s less than 30 in Australia.

For opening night it’s smooth sailing with well-trained and attentive staff. Being in prime location in Surry Hills we’re sure this is going to be a popular dining destination. Despite the over saturation of American style dude-food in Australia, Harpoon Harry Dining Room is a step above the rest. McGlone is showing us a new side to southern dining, one that’s refined and a lot less fried. Amen.