You’d be forgiven for walking past Gweilo without a second thought. Surrounded by the franticness of Central Station and construction zones everywhere, you’ll find the cocktail bar and eatery inside the old Evening Star Hotel. Just follow the glow from it’s neon sign.
Beckoned inside by bouncing Beyoncé beats, Gweilo immediately overloads the senses. The once seedy hotel was popular in the 1990s. Nirvana frontman Kurt Cobain and drummer Dave Grohl even played an infamous game of pool here back in the day. Fast forward to 2018 and Gweilo has been throttled into the distant future with ember lighting and a mix of casual seating that encourages you to get to know your neighbours. 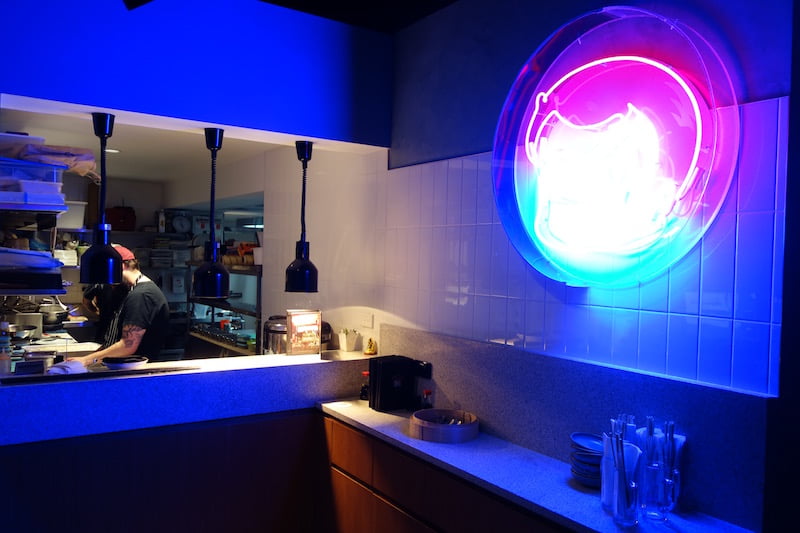 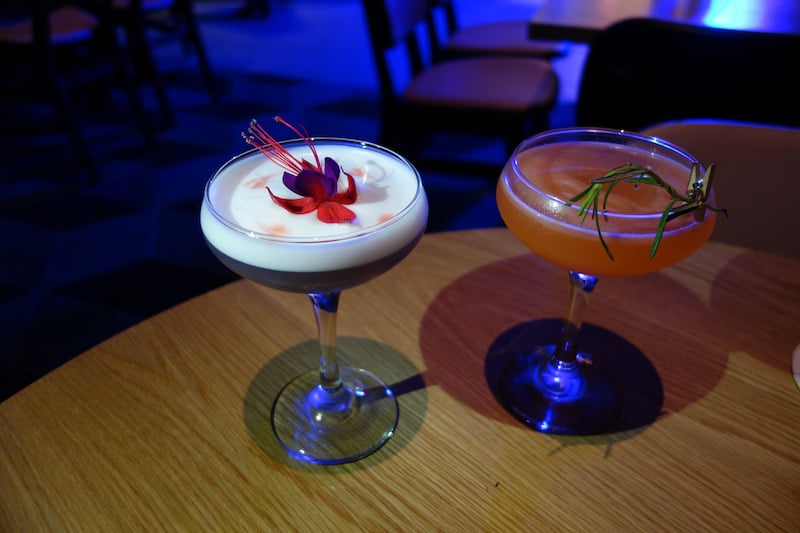 Take a seat at the bar get acquainted with drinks menu which is inspired by the vibrant modern drinking holes in China and Hong Kong. Sweettoothes will enjoy the Pepper Kaiju ($19) with sake, vermouth, bitter orange and peach. Out of the ten signature cocktails on the list our favourite is the Hadouken ($19). Roku gin, rosemary Aperol, grapefruit and yuzu come to life with the fire of an Absinthe Flame.
Seeking an affordable beverage? The bottomless drink selection will let you refill you spirit mixer glass at least once for $10. There is also a diverse range of imported beers and ciders on offer. 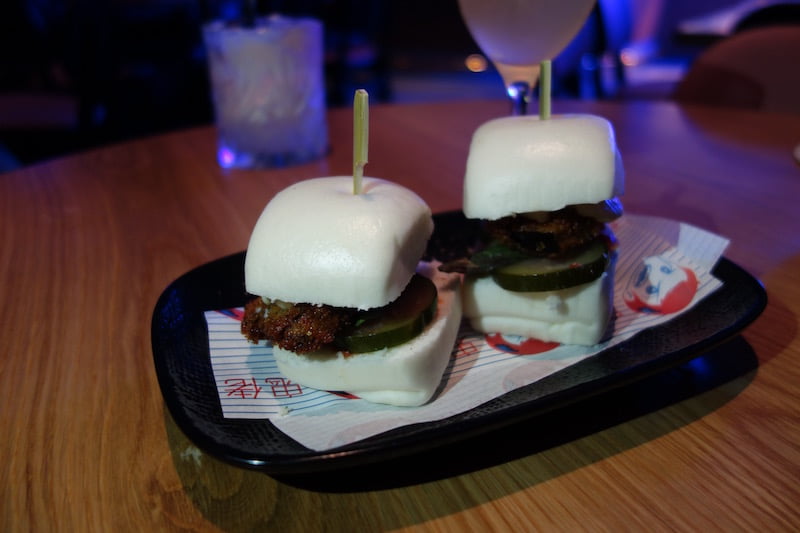 While the hopping nightclub atmosphere and DJ profess otherwise, Gweilo is foremost an eatery. Described as a pan-Asian experience, head chef Gee’s source of inspiration came from extensive travels through China and South East Asian. Bite-sized small dishes include roast eshallot nuoc cham, prawn, truffle and mushroom spring rolls ($16 for 4 pieces) and “eggplant parmi” baos ($5.50 each). These dishes are perfect to order as snacks at the bar. 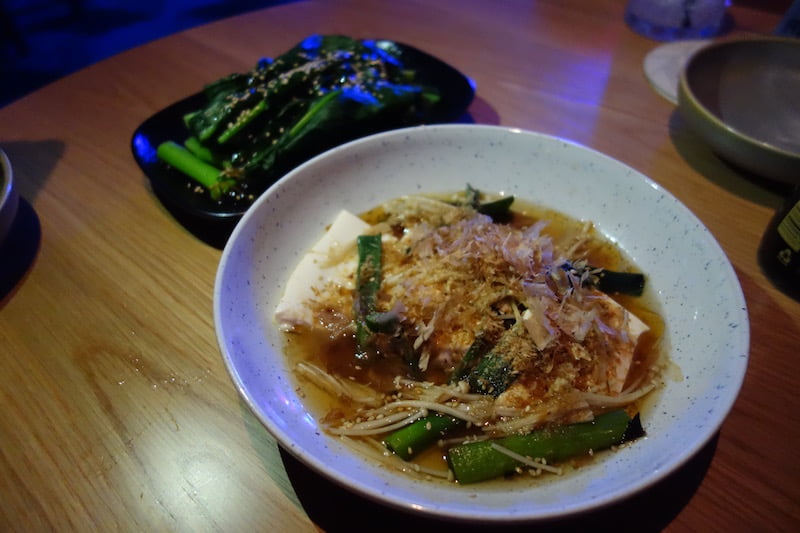 The larger dishes are best shared and you’ll want to take a seat at one of their intimate booths or long tables. Sadly the snapper ($27) with grilled shallots and enoki mushrooms had already sold out before we could order. The salt and pepper squid with preserved lemon dip ($15) missed the mark and was too salty for our liking. From the vegetarian menu, the silken tofu ($18) with grilled shallot was a more enjoyable dish with a dulcet roast sesame broth. Meat-eaters will be satisfied with a wagyu beef shin, drowning in a buttery Tooheys New infused rendang sauce ($32).
Over ordering is easily done, especially with the lubrication of an inexpensive drinks list, so opt for the $49 pp banquet for a minimum of two people.
There’s a lot going on at Gweilo, diners may leave feeling a little overwhelmed, confused even. That said it’s good to see new venues opening in an area of Sydney in need of some love and attention.
The kitchen @ Gweilo is open Mon-Sun 12pm-3pm & 5pm-late. Bar hours vary.