Sorting out what to do this Australia Day is a daunghting task – there are so many things on. Lucky for you, we have sifted through what’s on and chosen our top picks. We’ve even arranged them into areas and categories for you. Happy Australia Day! 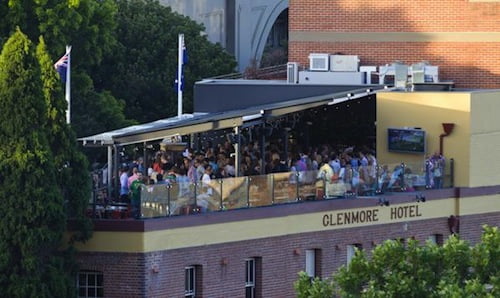 The Glenmore
Secure a prime possie on the roof at the Australia Day Rooftop Party! With arguably one of the best views in Sydney, crack a couple of coldies, eat from the rooftop BBQ and count down the Triple J Hottest 100. A DJ will get the rooftop rocking from 9pm.
96 Cumberland Street, The Rocks
02 9247 4794
http://www.theglenmore.com.au/ 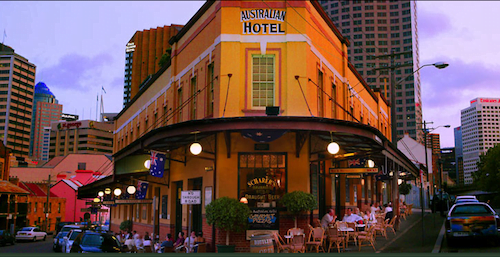 The Australian
There’s over 130 (!!!) Aussie Beers to choose from and a special Australian Day Menu with live entertainment kicking off from 3pm on Australia Day. Open from 10.30am.
100 Cumberland Street, The Rocks
02 9247 2229
http://www.australianheritagehotel.com/ 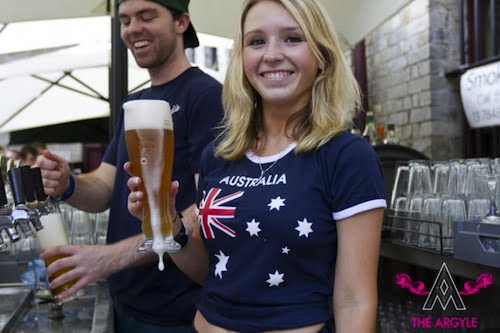 The Argyle
The party doesn’t stop all Australia Day long weekend at the Argyle, running from midday on Australia Day Eve (Friday 25th January) through to midnight on the public holiday Monday (28th January). Live bands and DJs in the courtyard will keep you buzzing and there’ll be a BBQ on offer and traditional Aussie desserts – lamingtons and pavlovas. On the 26th The Argyle chefs will cook up ‘Sydney’s Biggest Aussie Day Burger’ on the courtyard BBQ. The 25kg monster burger will then be cut into $5 sliders, with all proceeds going to StreetSmart – a charity that helps to feed the homeless.
18, Argyle Street, The Rocks
http://www.theargylerocks.com/ 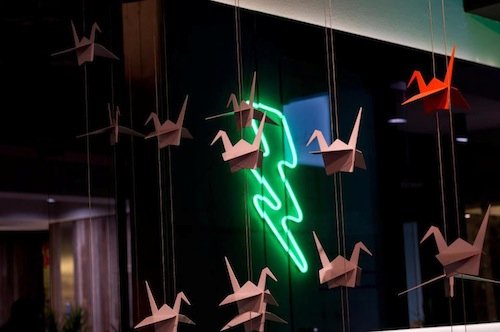 Paper Planes
Back up the 26th Jan with more Australia Day celebrations at PaperPlanes. Starting at 4pm, the Special Australia Day Sunday Session, will enable you to enjoy $10 cocktails, $20 cocktail jugs and $5 beers and from 5pm The Myall High Club will be playing live! Open from 5pm on Australia Day public holiday, Monday 28th January.
178 Campbell Parade, Bondi Beach
02 9300 0673
http://www.paperplanesbondi.com/ 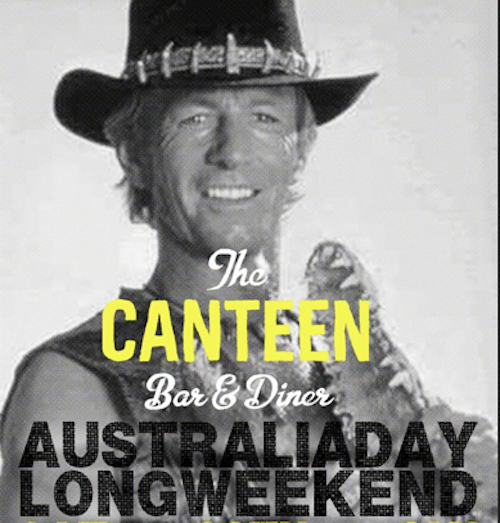 The Canteen
With live streaming of the Triple J Hottest 100, cheap jugs and gourmet BBQ food, The Canteen, is one place sure to go off this Australia Day. Open from 11am.
180 Campbell Parade, Bondi Beach
http://www.the-canteen.com.au/

Bondi Open Air Cinema
Could these four things be more Australian… Bondi Beach, Mad Max and burgers and beers? Spend Aus Day evening in front of the huge outdoor screen at the Bondi Open Air Cinema. There are a range of tickets to pre-purchase online from general admission ($17.50) to StarClass ($40) or get 4 of your mates together for ‘4 for $44’. Gates open at 6pm, for 8.15pm screening. Bookings essential.
Next to the Bondi Pavillion, Bondi Beach
http://openaircinemas.com.au/bondi/event/Australia_Day_Mad_Max_Bondi_2013_01_26_20_15 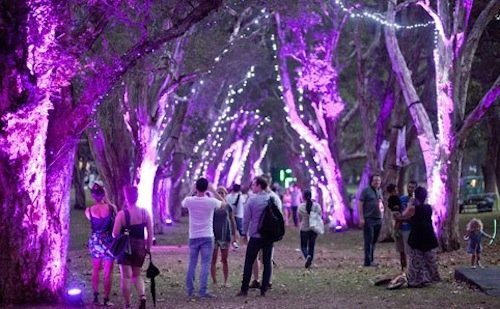 The Light Garden
As part of the 125th anniversary celebrations of the Centennial Parklands, at night the Paperback Grove has been transformed into a spectacular Light Garden. There is music, entertainment and art so head down and relax with friends and family. Take a picnic or purchase the food on offer.
All ages event, no tickets required, just head down from 7pm.
Paddington Gates, Centennial Park.
Ends on 27th January.
http://www.centennialparklands.com.au/activities/whats_on/kids/The_Light_Garden 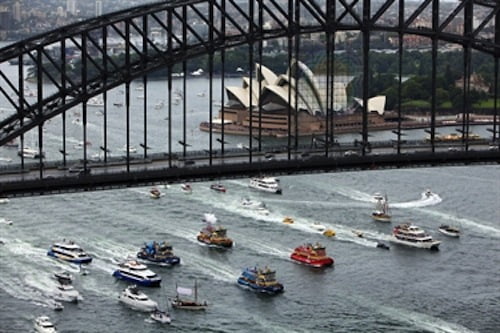 Ferrython
Head down to the harbour and watch the hugely popular Australia Day race, the Ferrython, as Sydney’s trademark ferries compete for line honours. Pack a picnic, gather on the foreshore and barrack for your favourite ferry as they race from Circular Quay to Shark Island then back to the finishing post under the Harbour Bridge.  Race begins at 11am.
http://www.sydneyfestival.org.au/2013/Free/Ferrython/ 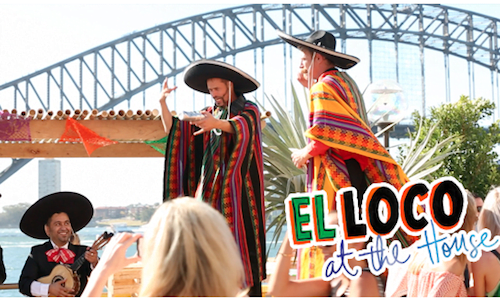 Opera House Pop-ups
We’ve already raved about the various pop-up bars and eateries at the Opera House this January. If you haven’t gotten down there to check them out, Australia Day may well be one of your last chances.
El Loco at the House – http://merivale.com.au/whats-on/event/el-loco-at-the-house/
The Cove at the House – http://merivale.com.au/the-cove-at-the-house#1
Pelicano at Bennelong – http://guillaumeatbennelong.com.au/ (note: not open for lunch) 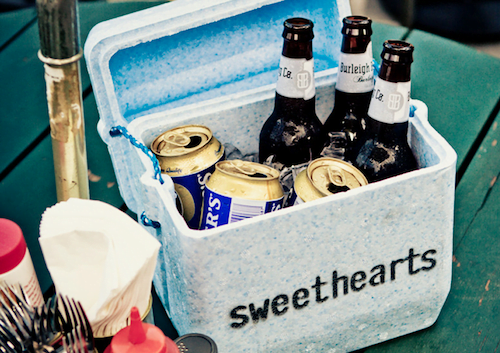 Sweethearts BBQ
Aussie celebrations will run all weekend at Sweethearts BBQ. From 25th – 28th January enjoy $5 tinnies as well as dinky die Australian drinks, including a range of shandies and spiked ciders.  Food-wise its all about the BBQ and skewers – perfectly patriotic.
Rooftop, 33-37 Darlinghurst Rd, Sydney
02 93687333
http://sweetheartsbbq.com.au/ 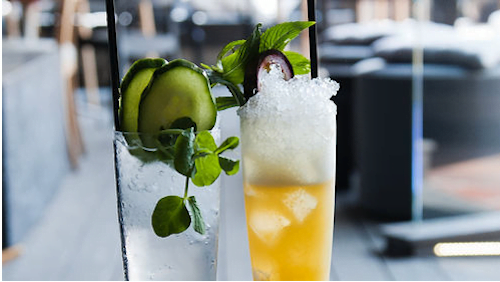 Concrete Blonde
Concrete Blonde are celebrating Australia Day ’13 with an ode to the Aussie barbeque!Celebrations will kick off at 12pm on Saturday January 26th with a $30 sizzling Surf or Turf platter fresh from our grill. On offer also are all Australian beers at a special price, as well as a selection of limited edition patriotic cocktails.
33 Bayswater Rd, Potts Point.
http://www.concreteblonderestaurant.com.au/ 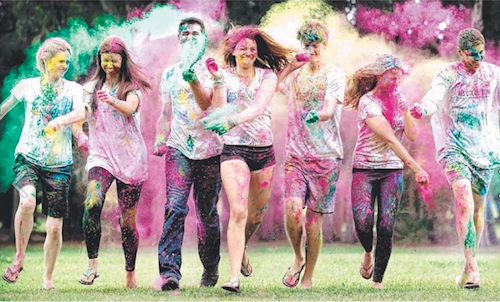 MS Colour Run
Turn up at 9am on Australia Day, January 26, in a white T-shirt for a colourful 5km walk, run, skip or dance around Darling Harbour.  After passing through the five Colour Stations along the course you are sure to arrive at the Finish in a VERY colourful shirt. It’s non-competitive and all about joining with family and friends to share a crazy morning of colourful fun.  All money raised will be used to fund services and support for the 23,000 Australians who live with multiple sclerosis.
Assemble in Tumbalong Park from 8:30am for a 9am start time.
http://www.mscolourrun.org.au/