Good Food Month Returns With A Jam-Packed Program This January

Australia’s favourite foodie festival is set to return in 2022 with a gastronomic line-up!

If you call yourself a foodie and love a fine dining experience, you’re going to want to mark Sydney Good Food Month in your diary. The festival will be returning for its 23rd installment in January 2022, presented by Citi. Renowned for highlighting Australia’s best chefs and seasonal produce over a series of unique dining experiences in the city, this year’s line-up is set to be just as impressive as the last.

On the 13th of January, Michelin-trained chef Alessandro Pavoni will join forces with Melbourne’s Guy Grossi, Pilu at Freshwater’s Giovanni Pilu and Jacqui Challinor of NOMAD, to take diners on a tasting exploration of Italy’s coastline at That’s a’Mare: Food of the Italian Coast, presented by Celebrity Cruises.

Pastry lovers will have a field day at Let’s Back Love on the 16th of January, taking place at Alibi in Woolloomooloo. The brunch menu features a carefully curated selection of mouth-watering vegan treats. If you’d like to stay, Ovolo Woolloomooloo will be offering a special overnight package full of perks for just $299.
Acclaimed Brisbane chef Alanna Sapwell will return to Sydney on the 18th of January with an Esmay x Ezra Pop-up. The Eastern suburbs and Middle East Potts Point powerhouse join forces to introduce something special. 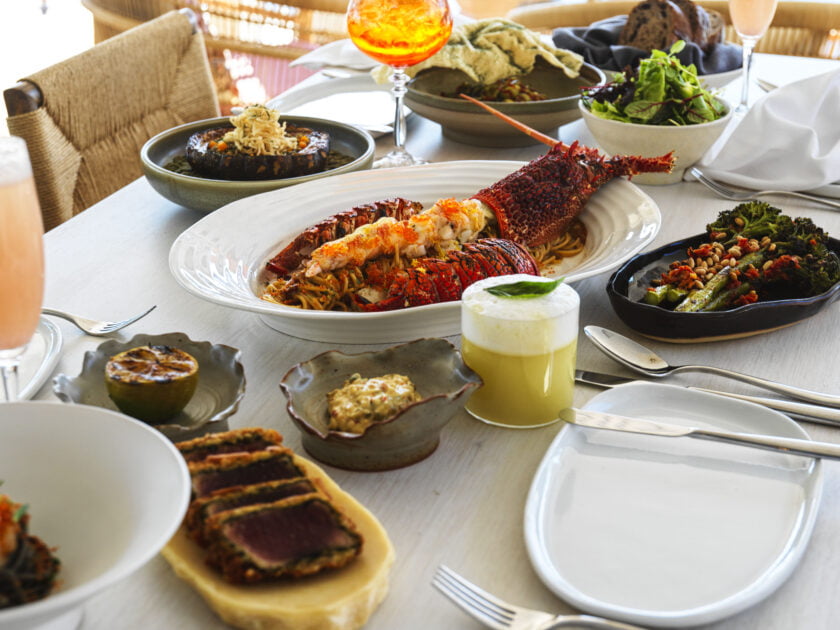 Fruits der mer fans will be impressed by a collaboration between Alessandro Pavoni, seafood industry powerhouse John Susman, and former head chef of North Bondi Fish Jesse McTavish. A luxe pescatarian menu will be presented at the two-hatted restaurant, Ormeggio at The Split on the 20th of January called From Sea to Shore: A Celebration of Seafood presented by Citi.

Looking for some friendly competition? The lively Good Weekend Quiz will test quests’ knowledge of food, beverages and Australian dining history. This will be hosted at Rockpool Bar & Grill on the 23rd of January, where Executive Chef Corey Costelloe will put on a three-course meal.

Native ingredients will be showcased by the next generation of incredible young talent at the inaugural Young Indigenous Chefs Lunch at Rockpool Bar & Grill on the 30th of January. Brothers Luke Bourke from Rockpool and Sam Bourke from Margaret, as well as Jayde Harris from Rockpool and Keith Munro from Icebergs, will showcase their culinary skills over a multi-course experience. A donation to the National Indigenous Culinary Institute will be made with every ticket sold.

For its 23rd year, the food festival will also offer a collection of over 50 one-off events, masterclasses and special offers at eateries right across New South Wales. There’s something to suit everyone’s tastes and budget with a Beckett’s pop-up at Sisters Rock Restaurant, Borrodell Estate in Orange, a salumi masterclass, a ‘Girl Gang Young Chefs Collab’ dinner from Pipit in Pottsville, a BBQ Wars dinner in Barangaroo, gin and gelato pairing, falafel workshop, and a host of vegan dinners.

Ain’t nuthin but a Chicken Party’ from Butter Sydney and Rising Sun Workshop, Pub Cha at Upstairs at Woollahra Hotel, ‘A Night in Paris’ with burlesque at Gavroche, an Oyster & Caviar festival at The Pines in the Shire, and ‘An Evening in Morocco’ featuring a screening of Casablanca courtesy of a NOMAD x Golden Age Cinema collaboration, and appearances by Costa Georgiadis (Gardening Australia), actor William Zappa, Melbourne celebrity chef Adrian Richardson, and so much more.

As usual, the program shines a light on our incredible dining scene, artisan producers, chefs and restaurant talent. It’s sure to be a memorable experience in 2022! Courtesy of Citi, if you purchase your ticket with a Citi card, you will get a 20% discount on tickets to the feature events.

The full program is available online and tickets are now on sale. For more information and to sign up for updates, go to goodfoodmonth.com