With 42 restaurants across the globe, Chef Nobu brings yet another world-class dining destination to Australia in 2020.

For those familiar with the name, you’ll be thrilled with this announcement. In case you need a quick refresher, internationally renowned chef Nobu Matsuhisa (more commonly known as Nobu) is an acclaimed culinary master known for his fusion of traditional Japanese cuisine with South American flavours. The chef currently has 42 restaurants and 10 hotels in 40 cities globally, with this latest opening set the be the third Nobu venue to open in Australia. 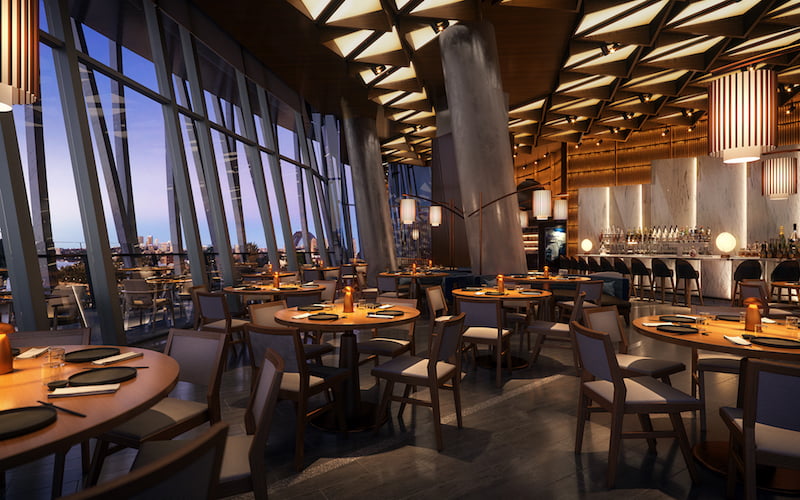 Nobu is set to open the doors to his first Sydney restaurant in December 2020, finding its home in the Crown Sydney (both opening in December 2020). Whilst we’re yet to hear more about what will be on the menu, punters are told to expect Nobu’s signature dishes including the famed Black Cod Miso and Yellowtail Jalapeño.

It’s exciting news for Sydney foodies who will be treated to the culinary prowess of this renowned chef. In fact, Nobu solidified his skills studying Japanese cuisine at Matsuei, a widely respected sushi bar in Tokyo, before moving to Lima, Peru to open his own sushi bar. This classically trained sushi-chef encountered new and challenging region ingredients, which helped him shape what is known today as the ‘Nobu Style’ (an inventive blend of South American flavours with traditional Japanese techniques). With a growing number of restaurants across the world, Nobu’s dining rooms focus on quality and precision with each chef trained to perfect and execute these unique menus with ease. Whilst foodies might not be able to travel to Japan or Peru to taste these global flavours first-hand, they’ll be able to experience them at home in Sydney with the opening of this new Nobu restaurant at the Crown Sydney in December 2020.

Chef Nobu’s first Sydney restaurant is set to open at the Crown Sydney in December 2020. We’ll share more updates as soon as they come to hand. Find out more about Nobu’s existing portfolio of restaurants here.