Get Out Of Town With CampNow

My apartment in Surry Hills is 67m2. It’s a great little two bedder, right next to all the best bars and restaurants and just a short bike ride to our office in Paddington. But apart from my built in wardrobe and an island bench displaying mountains of cookbooks and assorted dinner party wares there isn’t much room for storage. Go camping they say. Buy a tent they say. An esky, blow up mattress, some fold out chairs. You’ll use it all the time they say. Those people clearly don’t live in a 67m2 apartment in Sydney. But you know who really gets me and my lifestyle? CampNow. 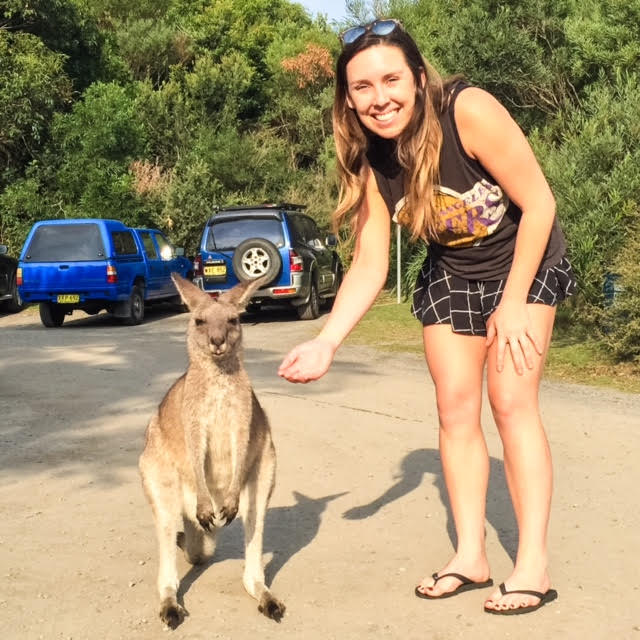 I’m in love with this new little business and I think it’s a concept that a lot of you Sydney siders will appreciate. CampNow was created by two friends, Dan Courtnall (the not-so-frequent camper) and Nick Longworth (the camping type). It all started with Dan having a tough week week at work and he decided to get out of town, escape the daily grind and go camping. But he didn’t have the time or the money to buy all the necessary equipment. Dan, like me, also lives in a small place and didn’t have anywhere to keep everything. He started to think that maybe he wasn’t the only one in Sydney with this problem. So he approached his buddy Nick and together they dreamed up the idea of CampNow, a camping hire service for people like me (and potentially you) who want to be occasional campers without the hassle. 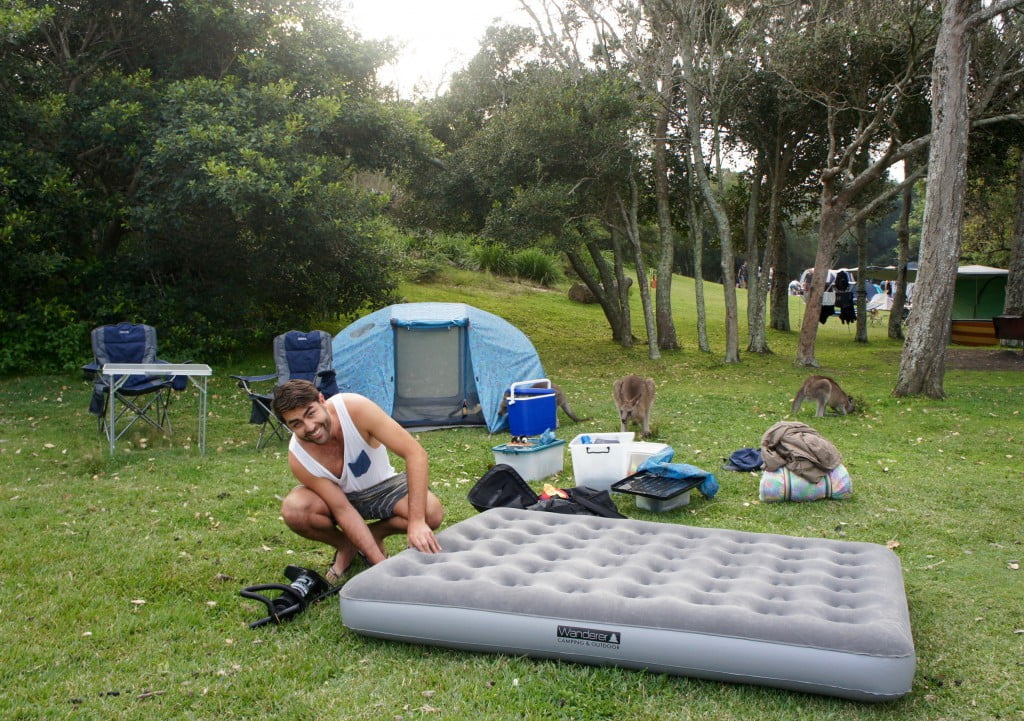 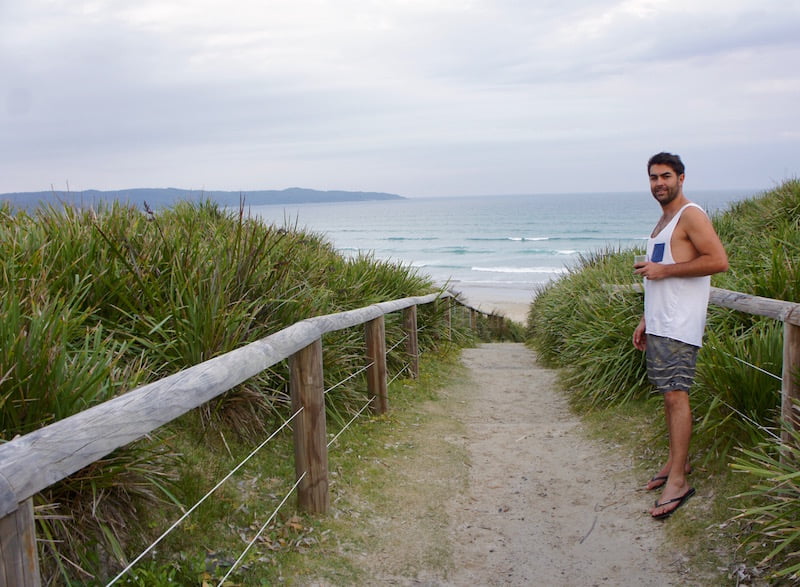 We trialled the ‘Want More’ package last weekend and headed three hours south of Sydney to a beautiful camping ground at Cave Beach near Jervis Bay. We arrived at our campground on Saturday afternoon and were greeted by the “locals”, some of the friendliest little wallabies you’ve ever seen. They were a big help setting up our camp ground, hopping around our tent and esky looking for food. 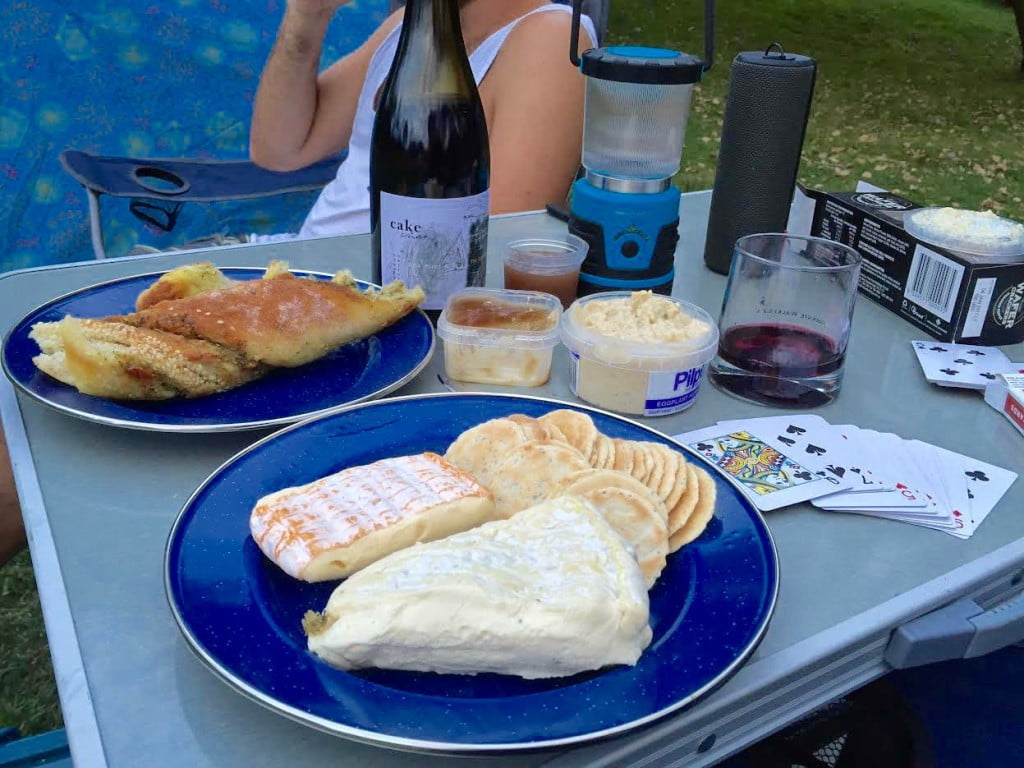 The Want More package had everything we could have possibly wanted include a really easy to set up and spacious two man Poler Tent. We did have a little issue with one of the poles that snapped slightly and I did have a momentary dramatic panic “our camping experience is ruined!”. But then we found some tape and patched it together like nothing had ever happened. Our kit also included a comfortable double air mattress (with a pump) and two pillows. We had a portable gas stove and gas which heated up really quickly and was perfect for making our breakfast in the morning. 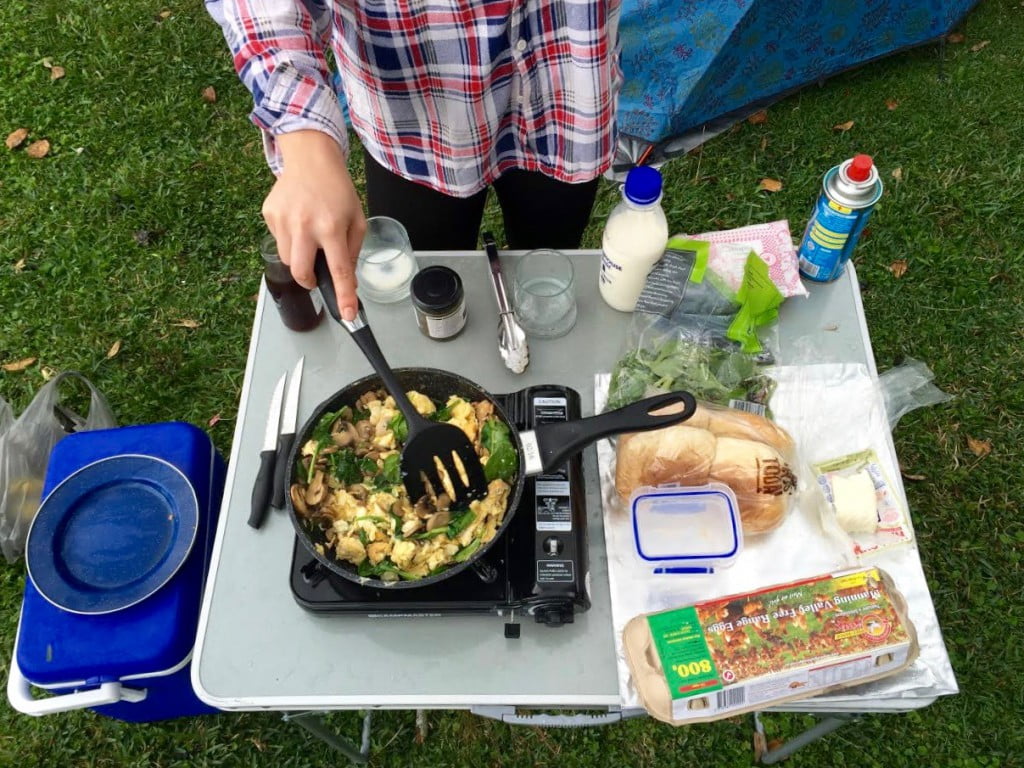 The comfy fold out chairs and a little card table came in handy for drinking wine and cheese before we cooked hamburgers on the campsite bbq. Our package included all the cooking essentials including a lighter, cutlery, tea towels, tongs, a spatular and more. Our 36L esky did a good job keeping our perishables cold while the head lamps were great for some late night adventures. 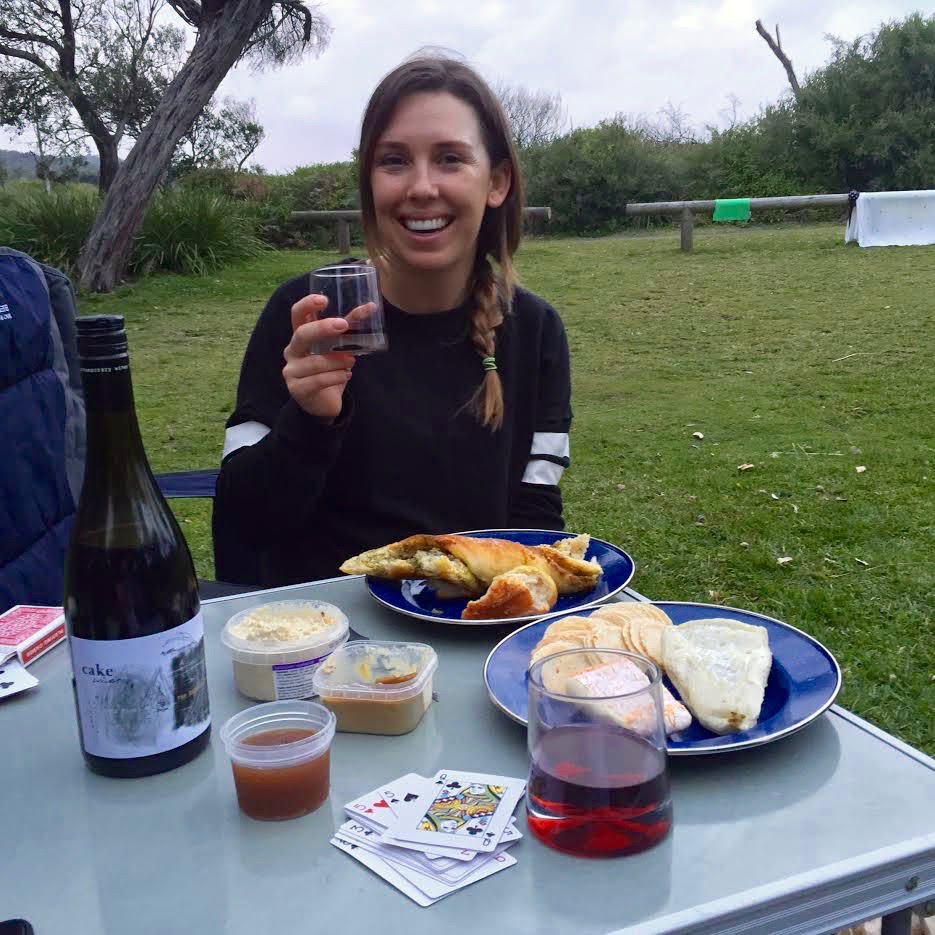 It did start raining at night but we had a “fun kit” including balls and cards as well as a bottle of whisky we’d brought with us to enjoy in the tent. In the morning it was still raining but it was so peaceful listening to the rain drops fall on our (waterproof) tent. In between the rain we cooked breakfast, packed up and took a nice long drive through Kangaroo Valley on the way home.

What You Need To Bring

The Want More package includes almost everything you need. You’ll just need to pack a sleeping bag or blanket (they provide pillow cases and a base sheet), your food and drink (bring plenty of water, chocolate, cheese, wine and whisky) and pick up some ice for the esky on your way. You might want to take a towel also or if it’s just a night wet wipes will do, shower when you get home!
Camp Now totally takes the stress out of planning your own camping trip. With the Want More package they even drop the kit off and pick it up afterwards to there’s no cleaning and you can hit the road. 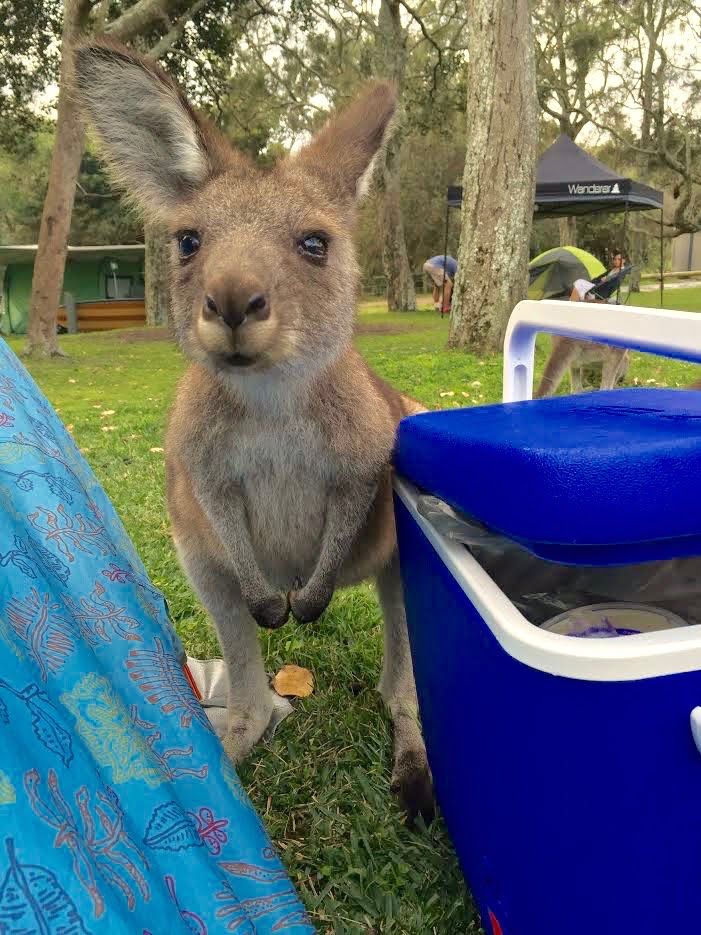