Sydney certainly isn’t short of its steakhouses, with Chophouse, Kingsleys, Prime Steak restaurant along with others treating us carnivorous folk to premium cuts of local and imported meats. An Italian steakhouse though? Now that’s a first. Bistecca is officially open to the public, situated in the heart of Sydney’s CBD, and is dedicated exclusively to Tuscany’s revered cut of steak, bistecca alla Fiorentina. 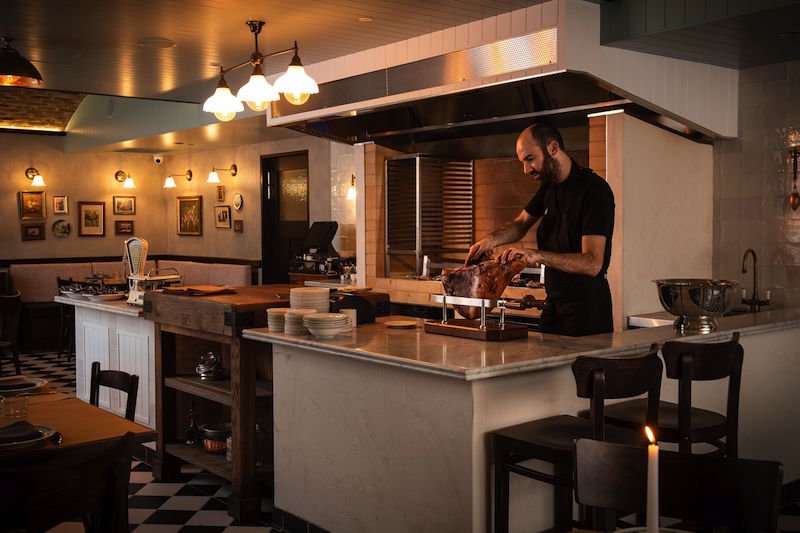 Fronted by dynamic hospitality duo James Bradey and Warren Burns (Grandma’s, The Wild Rover, Wilhemina’s), Bistecca spans three distinct spaces in a heritage fronted building. It was only after traveling through Italy for the best steak and wine that Bradey and Burns decided on the bistecca cut of steak, made famous in Florence centuries ago.
At Bistecca, your steak is not only cut and weighed to order, but also presented to diners before the cooking process commences. Cooked fireside over charcoal, wood and olive branches for smokiness, steaks are served medium rare with a drizzle of olive oil. Accompanying your meat is a tight range of sides, including a few single vegetable dishes. Classify as a vegetarian? Head elsewhere. 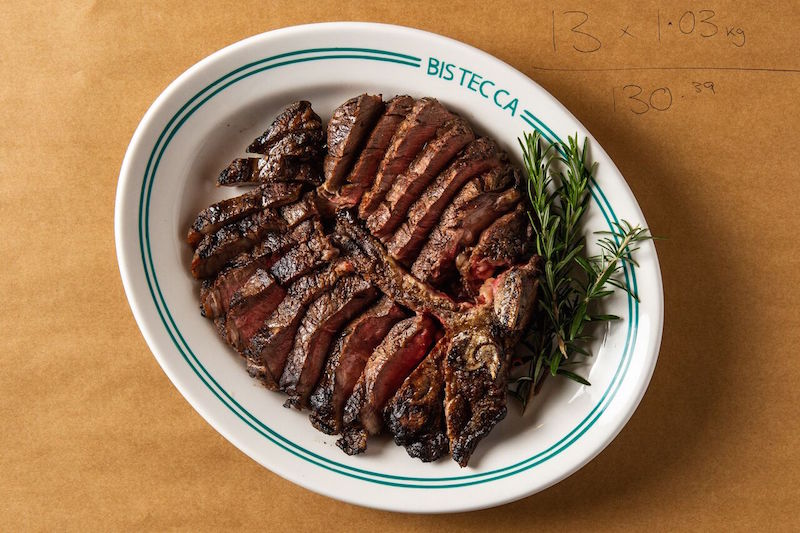 Fanning the flames of the restaurant’s central open hearth is chef Pip Pratt, whose CV includes Michelin-starred Club Gascon (UK), Richard Corrigan’s Bentley’s Oyster Bar & Grill (UK), and Sydney’s Bentley Restaurant + Bar.
Head to the 50 seater bar and you’ll find a tight menu of snacks cicchetti, small share-style dishes including ricotta with lardo, baccalà mantecato and Bermagui sardines with sultanas and pine nuts, and panini packed with meatballs. As for the accompanying cocktail list, it focuses on the Italian classics including Aperol Spritz, Negroni and more.
Perusing the wine list, Vicenza-born wine director, Alice Massaria has curated a formidable list featuring close to 300 Italian wines plus Australian wines. The adjoining wine shop, opening for retail later this year, will encourage restaurant guests to leave their table to select a bottle off the shelf.