Best Things To Do In Sydney This Mardi Gras

Mardi Gras is just around the corner! We’ve rounded up some of the best things happening in Sydney including after-parties, bottomless brunches hosted by Queens, limited edition menus and more.

It’s that time of year… The annual Mardi Gras Festival is making a comeback on Saturday, 5th March and is set to be more glitter loaded and fabulous than ever before. The parade marks the fantastic finale to the festival, but there is so much more happening in and around Sydney. 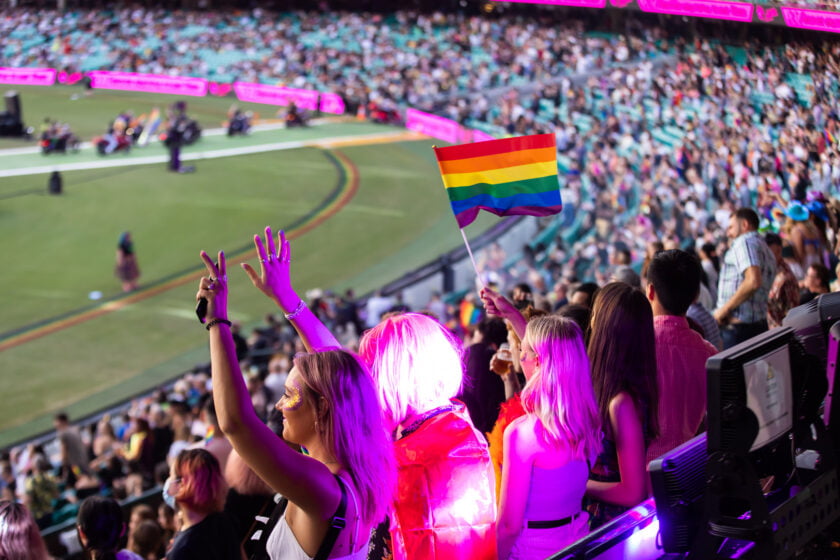 The official parade will take place on Saturday 5th March at the Sydney Cricket Ground. This iconic event brings together LGBTQIA+ people from all over to share their passion, champion equal rights and show their pride to the world. The 2022 Mardi Gras theme is UNITED WE SHINE, signifying that LGBTQIA+ communities shine brighter together and by standing up against hate and inequality as a collective, the message of love and inclusion is heard louder. Find out more here. 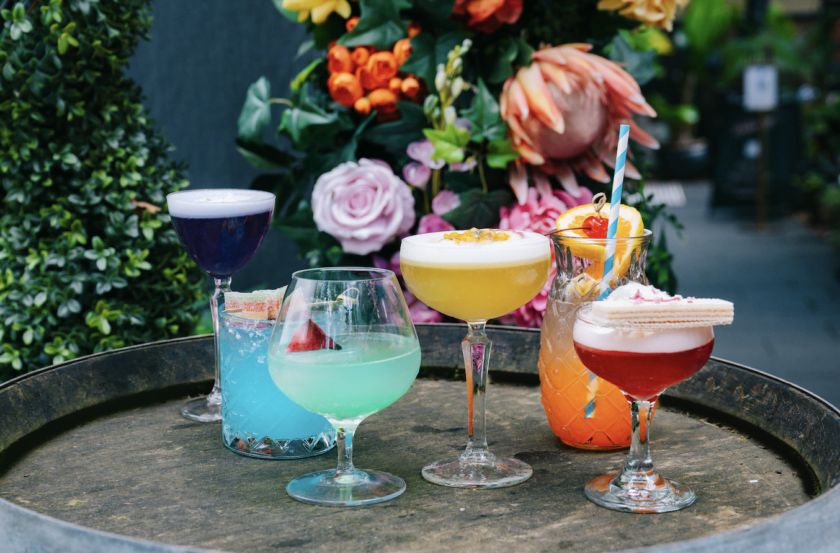 Surry Hills’ laneway bar has put up a rainbow archway and launched a series of colourful events this Mardi Gras. The specially curated Camp Cocktail Menu is available now until the 9th of March featuring 13 bright and delicious fruit cocktails. The Big Gay Brunch will take place every weekend (Saturday and Sunday) from now until Sunday 6th March. Hosted by Sydney Drag Royalty, guests will enjoy 3 fabulous courses and two hours of bottomless drinks for just $79pp. The Camp Cocktail Masterclass will take place on Wednesday, 23rd of February where the bartenders will teach you how to make cocktails like a pro for just $30pp. There’s also Drinks & Doodles, Drag Trivia, Mardi Gras Comedy Night a Parade Viewing Party, and so much more. Find out more and book here. 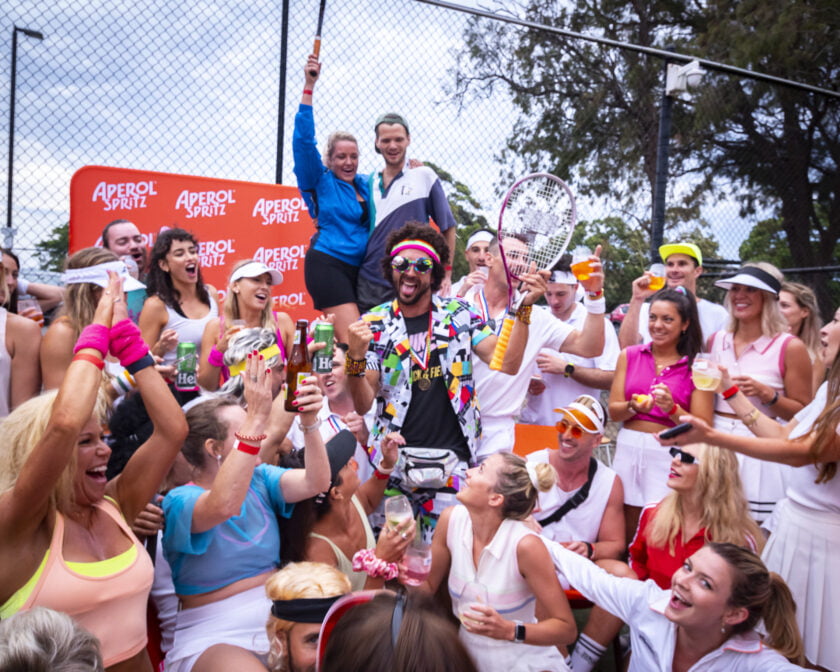 Swing past Lyne Park Tennis Centre on Saturday, 26th of February for the ultimate tennis event. Enjoy a little friendly competition while you play a game of tennis, listen to beats and keep refreshed with freshly shaken cocktails. Social Serve has partnered with iconic brands including Four Pillars Gin, White Claw Seltzers, Fever-Tree Tonic, Aperol Spritz, Heineken, Tecnifibre and Taylor Made Wines for the day. Put on your most flamboyant outfit because the theme is rainbow and there’s a prize for best dressed. Tickets start at $59 and can include a game of tennis and drinks. Get tickets here. 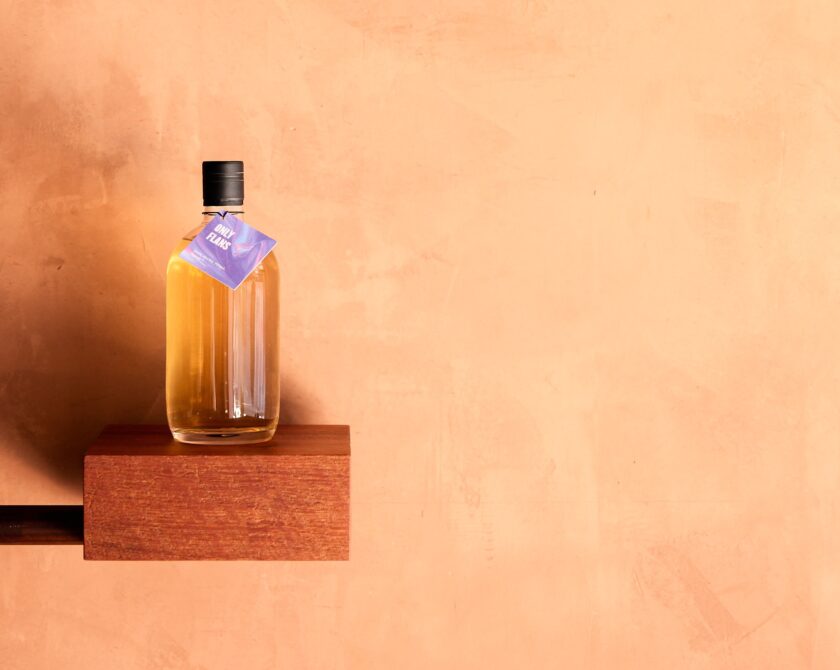 The Lab has just launched a special bottled cocktail available until the 5th of March. The Only Flans features Four Pillars Modern Australian Gin, Continental Deli’s Flan In A Can, pineapple and caramel. You can grab a bottle for $75 or sip on it when you visit the Surry Hills bar and know that a portion of the sales will be donated to Out For Australia which aim to provide support for aspiring LGBTIQA+ professionals. 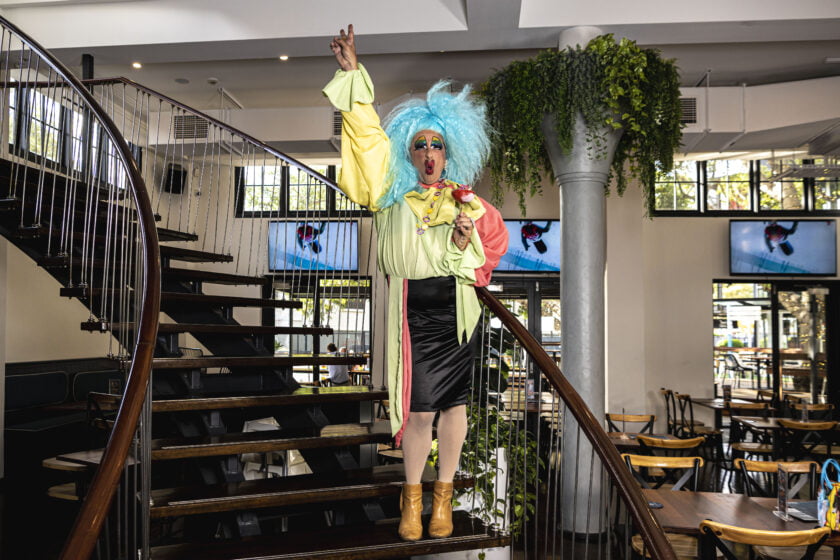 Gay For It Mardi Gras After Party at Watson’s, Moore Park

The all-new Watson’s at The Entertainment Quarter have announced they’ll be hosting an after-party for Mardi Gras on Saturday 5th of March. The celebrations will start from midday and run through to sunrise with an epic lineup of queens to keep you entertained including Queen of Glitterland and DJ Kitty Glitter. They will be joined by Sydney’s hottest DJs playing a mix of house, pop and feel-good bangers. The alfresco deck is perfect for gathering your friends and there will be a mega screen in the courtyard playing the parade live. Get tickets here. 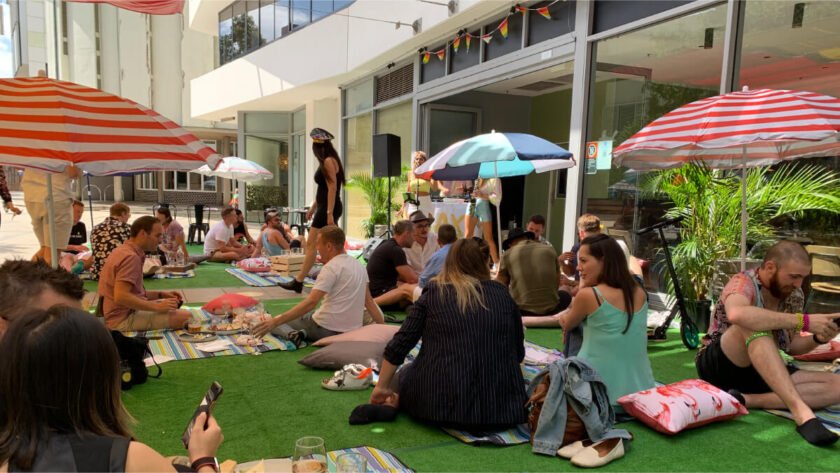 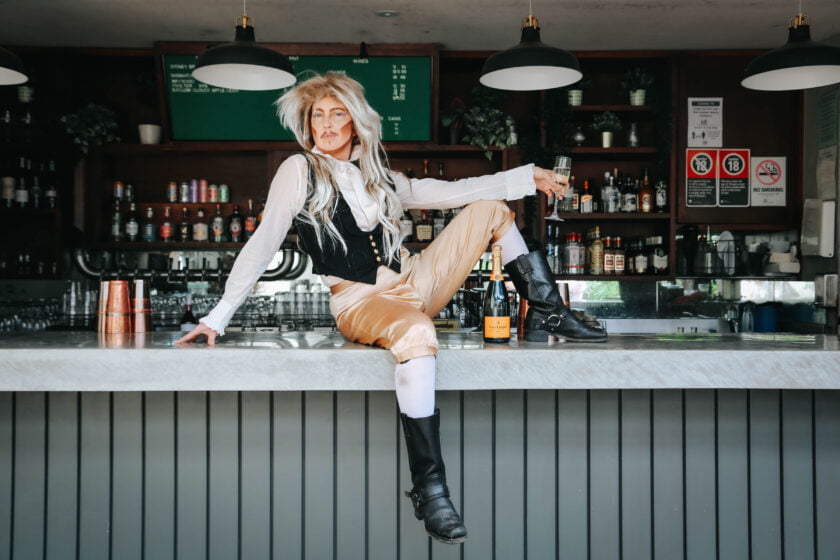 Head to Darlinghurst (aka Sydney’s queer nightlife district) for the ultimate bottomless brunch on Saturday 26th of February. Enjoy two hours of bottomless booze, 4 courses and beats from DJ Karmel and a live sax player, hosted by the incredible Axl Rod. Choose from the Veuve Cliquot & French Rose package for $149pp or the Chandon and French Rose package for $129pp. Find out more here. 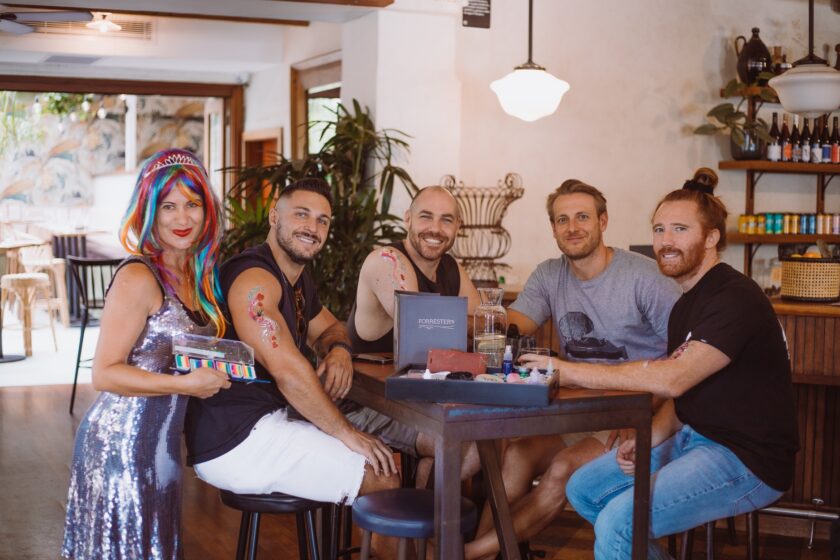 Always wanted to learn how to make dumplings? Well, this is the perfect opportunity to do it with a queen! Join the team at The Gardens by Lotus for a 2-hour hands-on session on how to make dumplings, hosted by the wonderful Penny Tration. You will have the opportunity to learn the secrets and skills of making 3 different types of delicious dumplings. Wet your whistle with a complimentary drink on arrival, indulge in your own creations along the way and take the leftover fruits of your labour home for $130pp. Book online here. 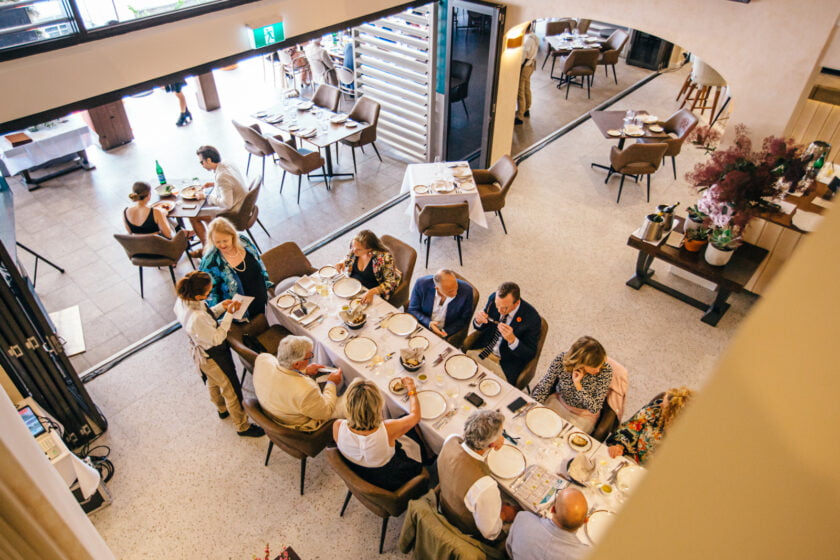 New Woolloomoollo resident Il Pontile will be hosting a fabulous long lunch on the water on Sunday 6th of March. Choose from two set menus, The Adventures of Priscilla, Queen of the Dessert for $195pp which includes three courses, a cocktail on arrival and free-flowing Bellinis, or the Mardi Gras Menu for $120pp which includes a four-course set menu. Your afternoon will involve indulging in authentic Italian flavours, bespoke cocktails and enjoying live entertainment. Plus, there are even be prizes valued at $8000! Book your table here.

Don your Sunday best and drag your Mardi Gras hangovers to the Reflectory at the University of Sydney on the 6th of March. Anna Polyvious has curated a 4-course menu highlighting colourful and showstopping dishes. Drinks will be flowing courtesy of Absolut who will be pairing the feast with post-Mardi Gras cocktails to see you through the afternoon. You’ll be joined by the likes of Stereogamous, Sharon Manhattan, SuperMassive Blak Moles, The Ballroom community, Tanzer & more. Get your tickets here. 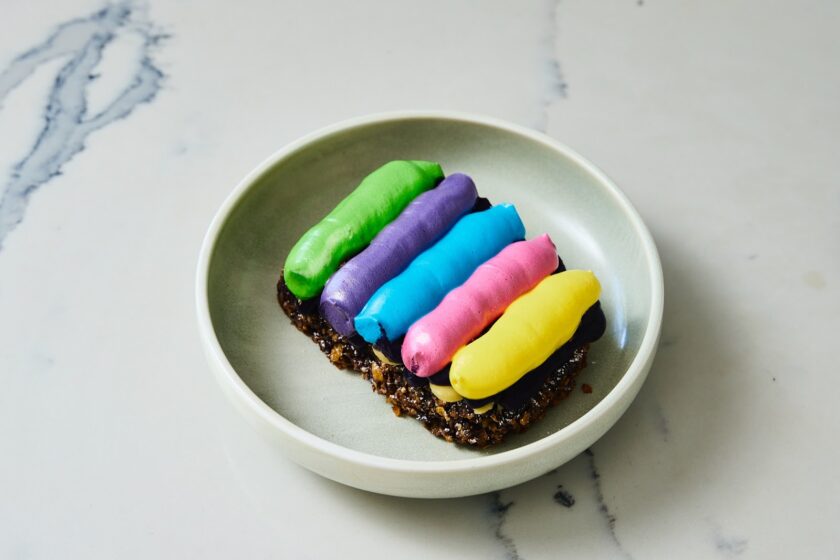 The team at Cuckoo Callay, Newtown have revealed a limited-edition rainbow serve of French Toast to celebrate love in all its unique and sugary glory. Serving up a whole lot of pride over the coming weeks, Cuckoo Callay’s colourful new dishes will be a precursor for the annual 2022 Mardi Gras parade. Find out more here. 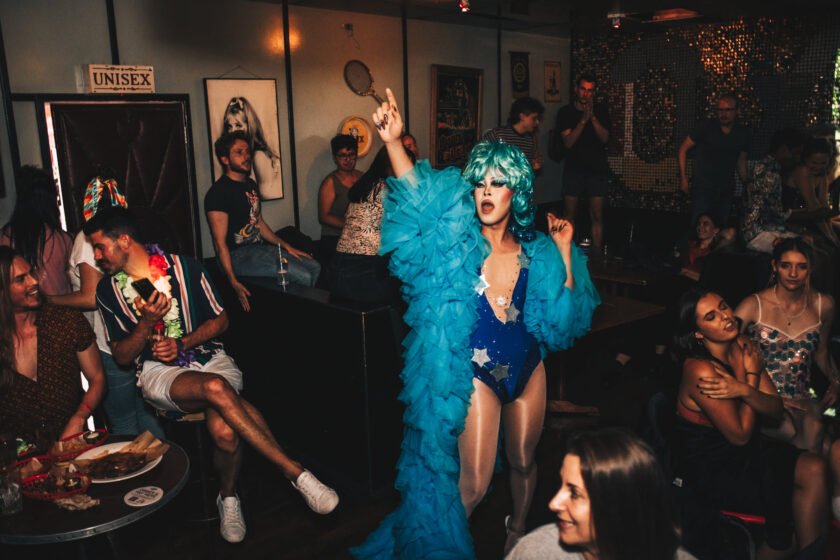 Party with the Odd Culture Group

The Old Fitzroy in Woolloomooloo is hosting an Alfresco Day Party on Saturday 5th March from 9pm till early hours. Legendary guests including DJ Chip, Mile Kelly and Side Hustle DJs will be spinning the decks and there will be delicious bites and aperitivos to fuel your evening. The entry is free, book here. The Oxford Tavern in Petersham will be hosting a Hot Mess House Party on Saturday 5th of March. Think steamy late nights, good music, indie beers and smoking bbq. Entry is free, book here.

Have an exciting event to share? Email us at newsletter@eatdrinkplay.com