Summer – it’s the season of shorts, mangoes, days by the beach and endless summer parties. Bring on the ice cold summer beers. With this in mind, our friends at Beer The Beautiful Truth challenged us to compile a list of the best spots in Sydney to enjoy a refreshing summer ale. From our favourite beer gardens, beachside beer hangouts, BYO beer destinations and the best BBQ beer spots. Why? Because beer is a part of our Aussie culture. From backyard bbqs to celebrating with mates. And whilst most of us know how to enjoy a cold beer you might not know that the beers featured here are on average 99.9% sugar free and preservative free. Win! Especially during the festive season where we tend to overindulge. We’ll cheers to that! 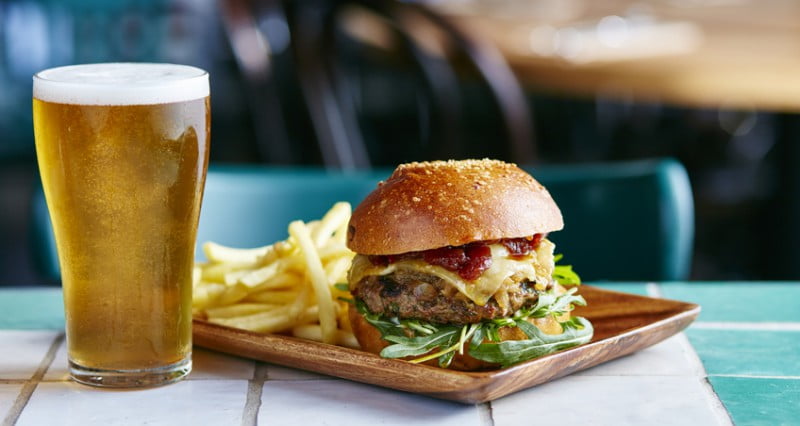 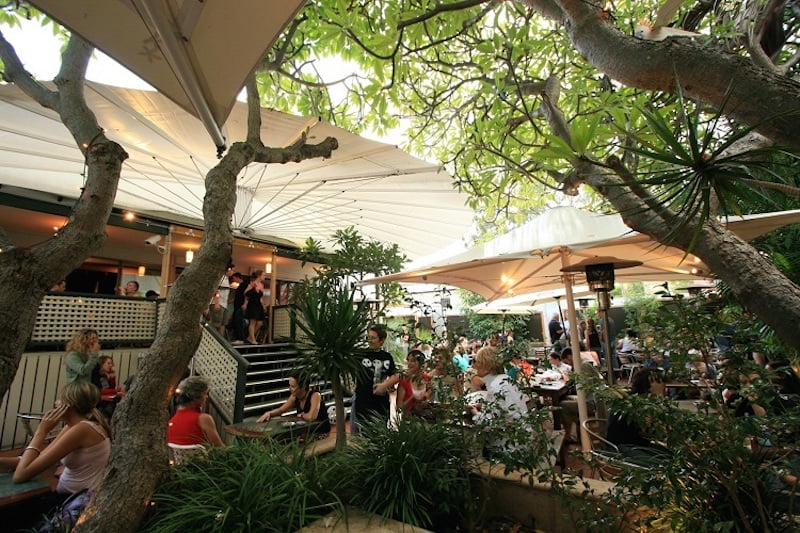 The Courthouse Hotel, Newtown
The Courthouse Hotel, known more commonly as The Courty, is a favourite amongst beer garden enthusiasts. With a plethora of outdoor seating, you’ll often find groups of mates drinking Toohey’s New and spinning yarns in the sunshine. Others can be found watching the cricket, enjoying Little Creatures Pale Ale with a Courty burger in hand. Whatever way you do it, The Courthouse is your go to destination for a summer beer this season.
202 Australia St, Newtown, 02 9519 8273, Open Monday to Saturday 1oam – 12am, Sunday 10am – 10pm, http://solotel.com.au/venue-details/pub/courthouse-hotel

The Office, East Esplanade Park, Manly Cove
A day at the beach is one of the few free pleasures we still have in life. Whether you prefer to sunbathe, practice your doggy paddle or hit the waves with your surfing buddies, the beach is a playground for all. The Office, aka East Esplanade park in Manly Cove, has become an oasis for a beachside summer beer. From 6am to 4pm, it is legal to drink on the of grass, making it the perfect spot for a day session. We recommend packing some easy drinking XXXX Summer Bright Lagers in an esky alongside some fresh seafood or a chicken salad. With it’s light, crisp taste, this beer captures the essence of an Aussie summer in a bottle.
East Esplanade, Manly, NSW 2095

Coogee Pavilion, Coogee
The Coogee Pavilion offers the best of both worlds, evoking the ‘beachside beers’ experience in a cool bar setting. The rooftop features four indoor and outdoor bars, with a sweeping balcony boasting wraparound views of the Coogee shoreline. The food menu carries a strong ocean focus, with mussels, octopus, Crystal Bay prawns plus more to choose from. Complimenting all this amazing fresh seafood is a range of beers such as Toohey’s New and Hahns Super Dry. Beers and seafood by the beachside? You know where you’ll find us this summer.
169 Dolphin St, Coogee, Rooftop open Monday – Sunday, 12pm – 12am, ground floor open Monday – Sunday, 7:30am til late, 9240 3000 http://merivale.com.au/coogeepavilion/ 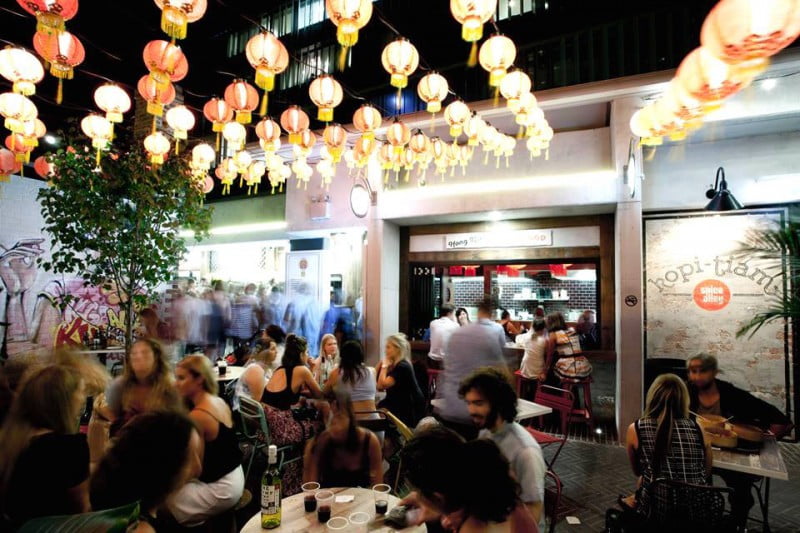 Spice Alley, Kensington Street Chippendale
We know that BYO wine is an established practice at restaurants across Sydney. Spots to bring your own beer however are less widely known. Chippendale’s Spice Alley gives people the chance to leave Sydney behind and enter the bustling streets of Southeast Asia without ever leaving the inner-city. This quirky alleyway complete with a makeshift lantern ceiling hosts hawker-style diners with cuisines stemming from countries including Vietnam, China, Japan and Indonesia. They also offer BYO wine but the catch is you’ll need to bring your own cups. BYO beer instead and you won’t need to worry about that. Compliment the aromatics of Southeast Asian cuisine with a Little Creatures Bright Ale. This bright ale has subtle malt characters with a touch of wheat to provide a smooth and clean finish.
38 Kensington St, Chippendale NSW 2008, Open 11am – 10pm daily, 02 http://www.kensingtonstreet.com.au
Mamak, Haymarket
You may be familiar with the hoards of people waiting in lengthy queues outside of this institution. Let us tell you, it’s with good reason. Their buttery pull-apart roti and aromatic curries are some of the best in Sydney. Not only are dishes well priced ($15-$20 mains), they also do BYO beer with a very reasonable $2 corkage fee. Balance out your spicy curry with the smooth and subtle flavours of a James Boags Premium Lager. Take a big bite of your curry, then by a sip of beer. Take another bite. Another sip. On a balmy summer’s night, you’ll quickly be transported to the bustling streets of Southeast Asia.
15 Goulburn Street, Haymarket, Sydney, Open lunch 11:30 – 2:30 (Mon-Fri), 11:30 – 5:30 (Sat & Sun)
dinner 5:30 – 10:00, supper til 2am (fri & sat), http://mamak.com.au 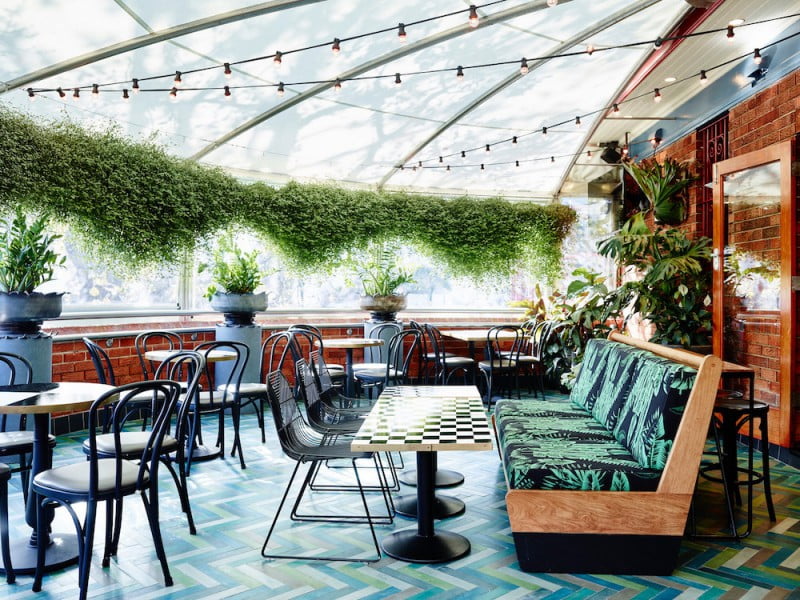 The Oaks Hotel, Neutral Bay
The Oaks is one of Sydney’s most iconic hotels, offering cracker craft beer and BBQ menus, in the heart of Neutral Bay. One of it’s major draw cards is it’s fairy light laced Oak tree, situated in the middle of an expansive outdoor beer garden. Making it even more attractive is the grill menu, where you’ll find an entire spectrum of BBQ meats. Choose from sirloin to scotch fillet, T-bone, eye fillet and dry aged rib eye! Pair your succulent meat with a White Rabbit Pale Ale, the aromatic hops will work in perfect balance with the richness of your BBQ meat dish.
118 Military Rd Neutral Bay, NSW 2089, Open Mon to Thurs 10.00am – 12.00am Fri & Sat 10.00am – 1.30am, Sun 12.00pm – 12.00am  http://www.oakshotel.com.au
Public BBQ,  North Bondi
The summer months bring picnic and barbecue revealers from far and wide. Thankfully, coin-operated barbecues exist all over Sydney, including North Bondi. We recommend getting down nice and early to claim one of their highly popular public barbecues. For a surefire brilliant day, bring along plenty of green prawns, a large bowl of mango salsa, corn chips and some refreshing Hahn SuperDry beers. Containing 0.1% sugar and fewer carbohydrates than regular beers, you’re guaranteed to feel less naughty this summer season.
http://www.meatinapark.com.au/bbq-finder-NORTH%20BONDI-NSW

Beers on the move 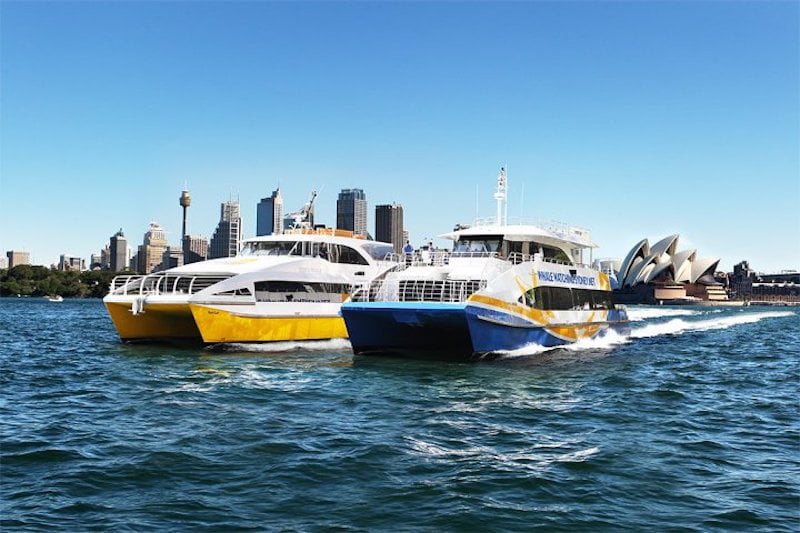 Manly Fast Ferry
We are all for making a journey more enjoyable with some social beers. If you find yourself in need of a quick trip from Circular Quay to Manly, the Manly Fast Ferry is for you. Want to know the best part of your journey? The Fast Ferry has a liquor licence! Soak up the stunning views of the Harbour on the boat’s upstairs seating area with a crisp James Boags Premium Lager in hand. On a sunny day, this easy drinking summer beer combined with a money-can’t-buy view is nothing short of pure bliss.
http://manlyfastferry.com.au
For more information on the different beers, jump onto www.beerthebeautifultruth.com.au.
SPONSORED LOVE
This article is proudly sponsored by Beer The Beautiful Truth. Thank you for supporting the sponsors who make Eat Drink Play possible.