Beer of the Gods

The Greek craft beer Nissos took Sydney by a storm last week.
The skies cleared for the Australian launch of the golden Pilsner at Cyren Restaurant in Darling Harbour. Flowing from the shores of the Greek Isle Tinos, the waterfront location was a fitting debut. The summery, island theme of the evening paid homage to the brand’s namesake – Nissos translated means, “island.”
The light Mediterranean dishes complimented the subtle flavours of the malt beer. Fresh seafood including prawns, salt and pepper octopus and oysters were served alongside Greek classics including spanakopita, halloumi, Cypriot sausage and grilled lamb and chicken skewers. 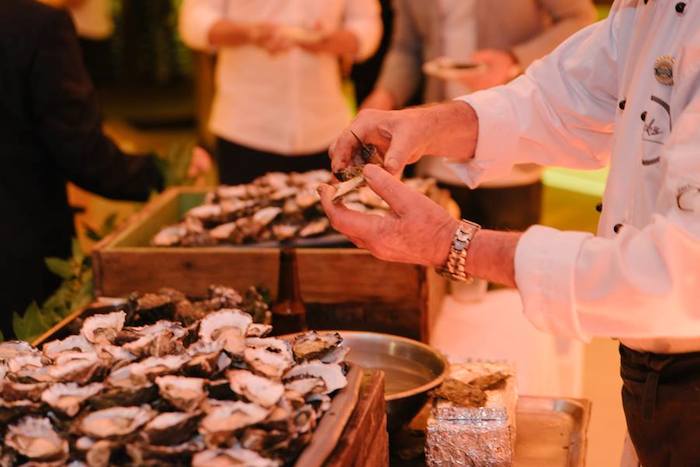 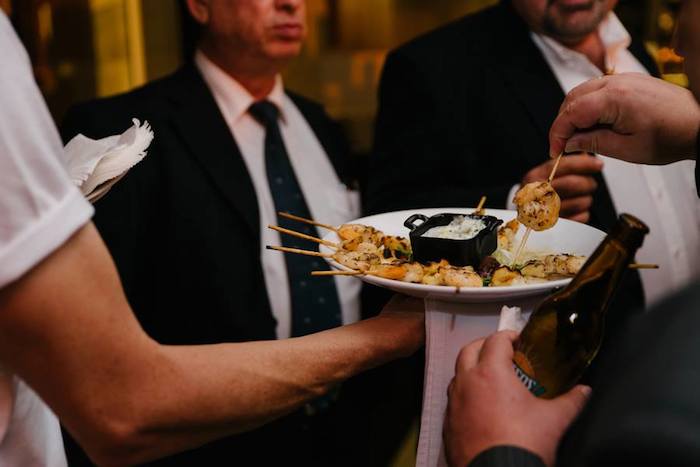 Nissos is produced and bottled in small quantities out of an independently owned microbrewery. The family ran business specialises in a fermentation process whereby the beer is conditioned and served in a more natural state, straight from the cask. The slow and traditional fermentation process has seemingly paid off as Nissos was recently awarded the Silver Award at the 2014 European Beer Competition.
Typical of pilsners, the beer has a a full-bodied hoppy taste with spicy and herby undertones. Founder and master brewer Alexandros Kouris boasts that Nissos is the only authentic Greek beer available in Australia. 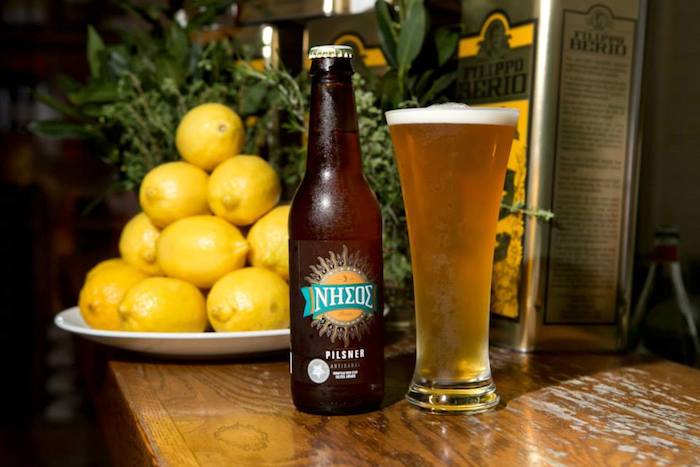 Given Sydney’s love of anything artisan, Nissos will surely be a hit. It’s expected to be rolled out nationwide over the next 12 months, but for now Nissos can be found exclusively at Nick’s Restaurant and Bar venue, including Cyren, Nick’s Seafood Restaurant, Nick’s Bar and Grill, Stacks Taverna, I’m Angus Steakhouse and Adria Bar Restaurant. It’s priced at $9 per bottle, $8.50 on tap and $24 per jug (only at Stacks).
This month at Cyren you can try a bottle of Nissos for $5 between 3pm and 6pm.
Cyren Bar Grill Seafood, Darling Harbour, Sydney
1300 989 989