From land to sea, Uber’s new ScUber ride sharing service takes to the underwater depths of the Great Barrier Reef.

It’s not every day that an Uber ride involves window-side views of turtles and other exotic marine life. That is, until now. Having made their mark on land, the American ride sharing app is now taking to the seas with the launch of the world’s first ride share submarine service. Aptly titled ScUber, you can now one-up your typical scuba diving experience in a sleek battery powered submarine.

Available to app users in Queensland, it really is as simple as picking up your phone and requesting a ride. Available exclusively from 27th May to 18th June, you won’t find these submarines in abundance like you might with a regular Uber driver, with a maximum of one trip for two available daily in select locations. A far cry from the affordability typically synonymous with the ride-sharing service, ScUber will also set you back a cool $3,000 for two people. Yikes. 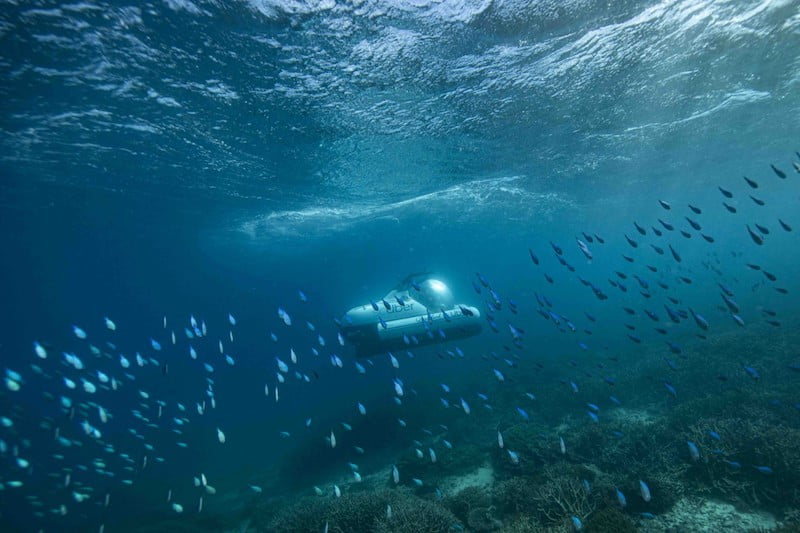 More than just a clever marketing ploy, Uber are also teaming up with Citizens of the Great Barrier Reef in an effort to further protection efforts of Australia’s endangered reef. The tech company will be donating $100,000 USD to the organisation and will match the dollar amount spent on scUber rides during the initiative.

As for the trip itself, you plus one other (and your trusty pilot) will dive to a depth of about 30 metres, about the same levels reached by scuba divers. If you haven’t had a chance to explore the Great Barrier Reef, now’s your chance to discover an underwater world, rich and diverse in marine life.

Don’t hail from Queensland? Fret not. Users in other parts of Australia and across the globe can now enter a competition giving you the chance to can win an underwater ride through the world-famous reef. To enter the ScUber ride competition, click here. Entries close June 1st so you’ll want to get in quick!