Legendary, eccentric artist Salvador Dalí sure knew how to throw one helluva dinner party. Imagine a dinner table full of friends and celebrities dressed in utterly outlandish outfits. Wild exotic animals like peacocks and monkeys roaming around the dinner table. And the feast itself the most decadent, boundary-pushing, often disturbing meal you’d ever seen. Imagine no more. Just try and recreate the Dali magic for yourself and read his bizarre cookbook, Les Diners de Gala. 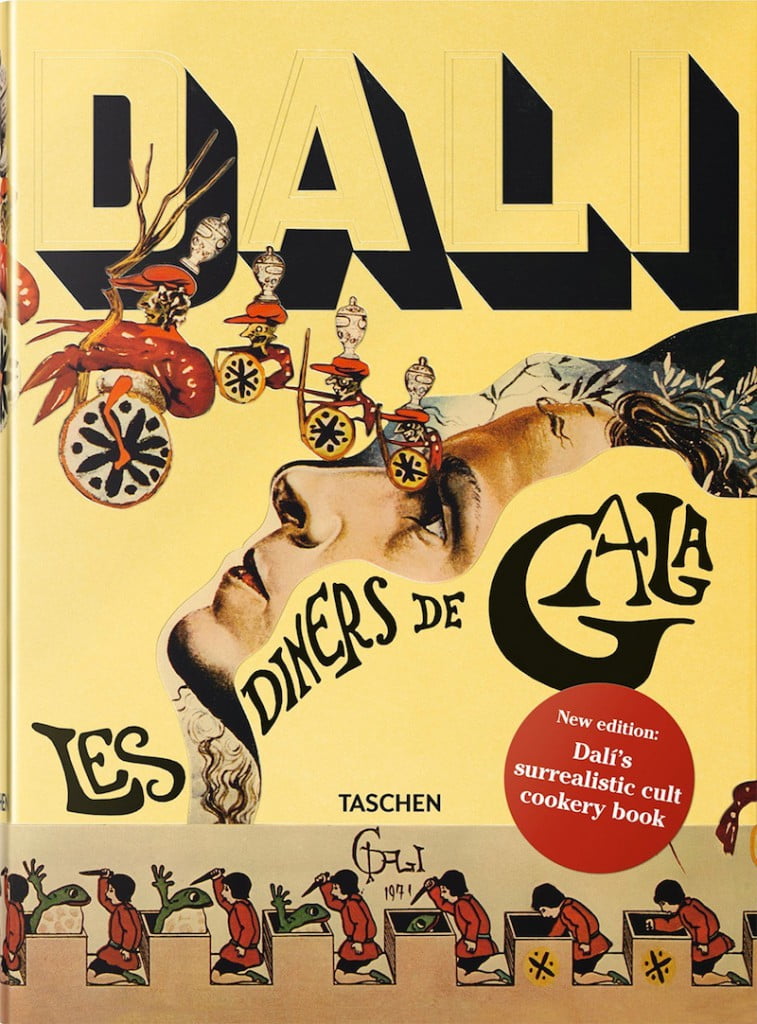 First published in 1973 it was apparently a dream-come-true for the artist, who at the age of six declared his wish to become a chef. Only 400 of the original publications are known to exist and sell for hundreds of dollars online. For the first time in over 40 years acclaimed publisher Taschen is reissuing the cookbook, available for pre-order. The book includes Dali’s signature surreal illustrations plus recipes inspired by the lavish dinner parties he and his wife Gala used to throw. These parties were legendary for their wild opulence and strange ingredients.

The book, includes 136 recipes that are divided into twelve chapters. They are arranged by courses—including aphrodisiacs. Recipes include such delicacies as ‘Thousand Year Old Eggs’, ‘Veal Cutlets Stuffed With Snails’, ‘Frog Pasties, and Toffee with Pine Cones. The images in book are sometimes unsettling with overtones of cannibalism present throughout making things creepy and odd. You’ll find an armless woman with a skirt formed from lobster standing atop of pile of dead bodies, many with severed heads.

Nothing in the book is focused on a healthy diet either. Dali writes from the outset:

We would like to state clearly that, beginning with the very first recipes, Les Diners de Gala, with its precepts and its illustrations, is uniquely devoted to the pleasures of Taste. Don’t look for dietetic formulas here.

We intend to ignore those charts and tables in which chemistry takes the place of gastronomy. If you are a disciple of one of those calorie-counters who turn the joys of eating into a form of punishment, close this book at once; it is too lively, too aggressive, and far too impertinent for you.

All these rich recipes can be cooked at home, although some will require practiced skill and a well-stocked pantry. A lot of the recipes in Les Diners de Gala are inspired by old school French cuisine and well known chefs. You’ll find particular nods to leading French chefs from such stellar Paris restaurants as Lasserre, La Tour d’Argent, Maxim’s, and Le Train Bleu. 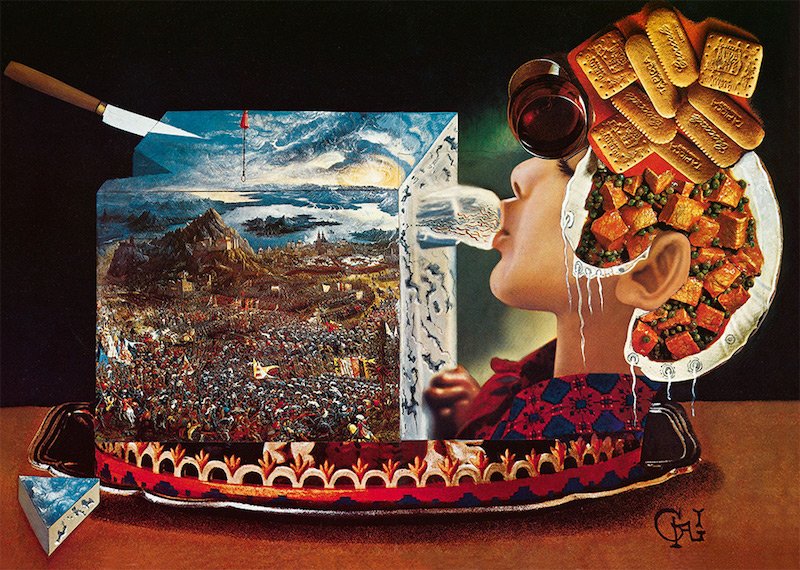 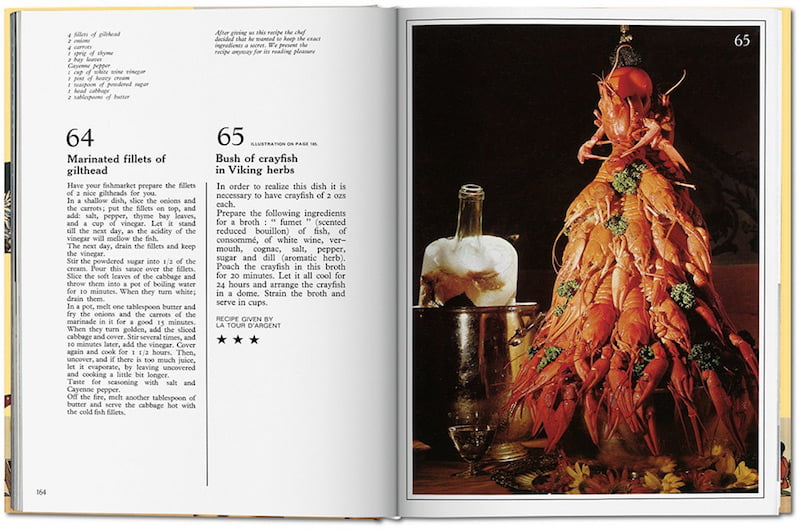 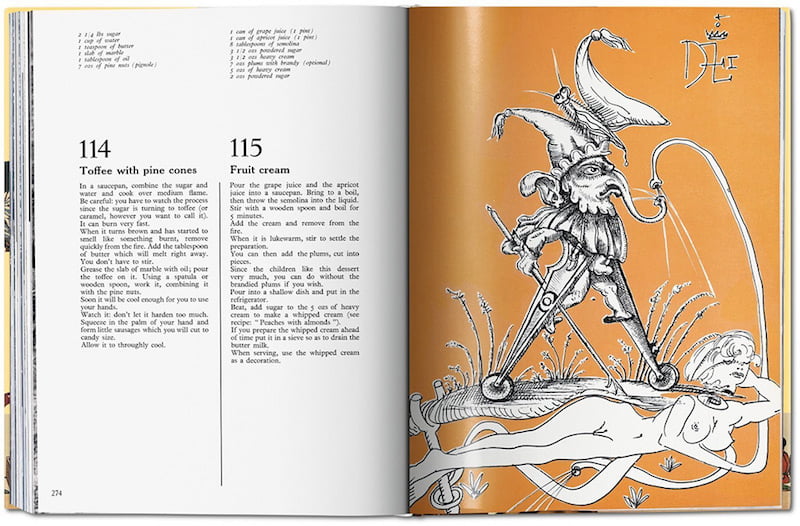 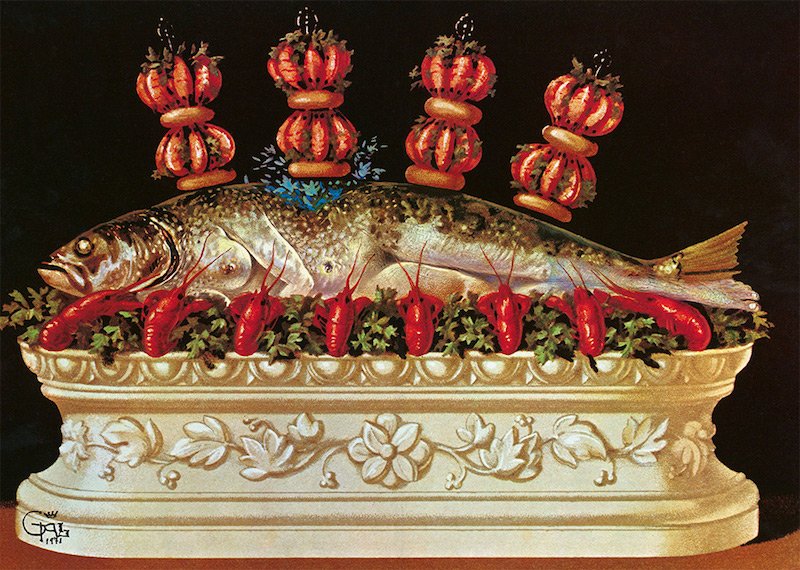 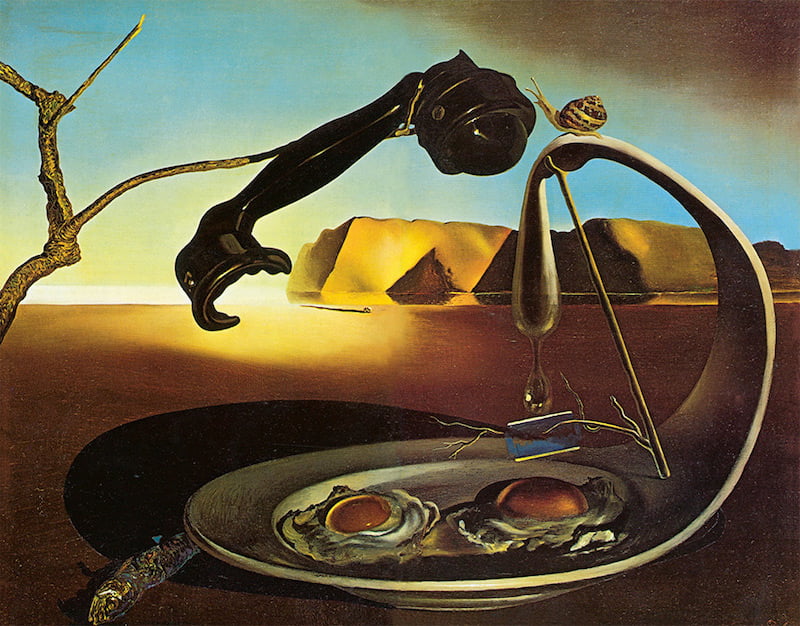