It’s the perfect beer drinking weather at the 22nd annual Montreal World Beer Festival. This year they boast an impressive 523 products including beer, cider and mead. There are more than 85 breweries, including 40 microbreweries from Quebec and an incredible 200 new international beers! We had no doubt that this would go down a treat with our Australian audience.

We were lucky enough to meet Jeannine Marois, featured in the below video. Jeannine is The Co-Founder and President of this, Montreal’s most prolific International Beer festival. What stands out the most here is the beer industrie’s collaborative approach. These passionate and charismatic ladies have had an immense influence on the development of the craft beer culture now iconic to Montreal. With such success, comes a humility and a willingness to share knowledge and wisdom with their competitors.

Jeannine loves outstanding beer and sharing it with a global audience. This year they expect 150,000 unique visitors. Due to the sheer quality and passion that goes into creating new recipes and brews, a ‘favourite beer’ is almost impossible to choose . We agreed, beer of the moment would be a more suitable title; taking into consideration the atmosphere, company, food and the overall experience. 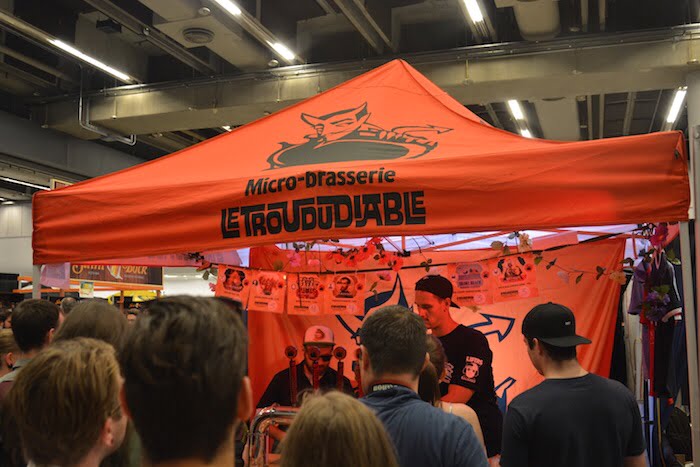 At an annual dinner organised by the Mondial Beer Board, one beer stood out for its complexity and complimentary nature to a degustation style dining experience. This beer was the Imperial Dark Stout, brewed by Sierra Nevada Brewing Co in Ashville, Carolina. Notes of coffee and chocolate make this beer an incredibly complex and charming drop on the palette. Also earning our stamp of approval was a delicious pale ale from from one of the local brewpub Le Trou du Diable.

Other unique beers that caught our attention include a trending ‘salty beer’ brewed by Hopfenstar. It takes a few sips before your tastebuds can truly appreciate the tasty and strange nature of ‘gose’. Brewed by the same crew, arguably one of Quebec’s most experimental and exciting microbreweries, is the smoked beer – Boson de Higgs – named after the Moby Dick of Physics. It is a blend of Belgium and German technique. It is unlike any other beer, with a prominent smokey malt and hops flavour. 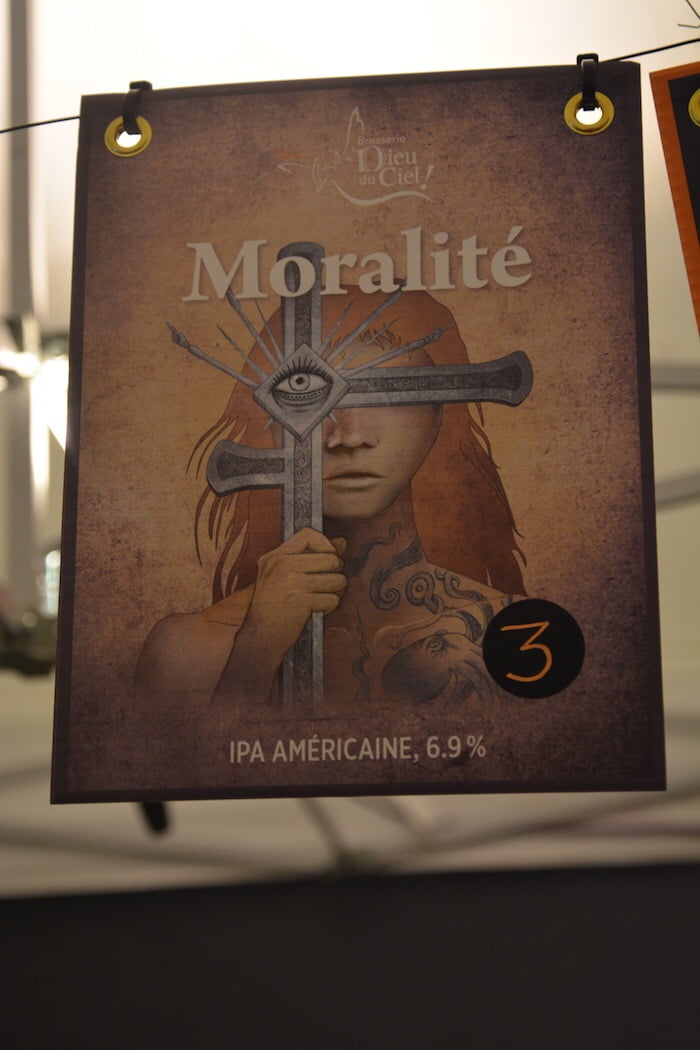 Our favourite local brewery was Dieu du Ciel. With a range that could convert any non-beer drinker into a die hard, Dieu du Ciel is one to look out for. Their award winning beer includes a light, flirty, fruity Pale Ale labelled ‘Moralite’ and a beautifully sour blonde raspberry beer ‘Dieu du Ciel Solstice d’Été aux Framboises’.

With plenty of food trucks to accompany the beer tasting, you can be sure to have the best of both worlds. Our pick was the haloumi sticks and truffle cheese melts from P.A & Gargantua Food Truck. You can also find a wide variety of sausages, pretzels and cheese! The Funky Town tour with Serge Noel, Montreal’s well known Beerologist, will end on a cheese and beer matching experience. If you haven’t tried it yet, you’re in for a pleasant surprise. 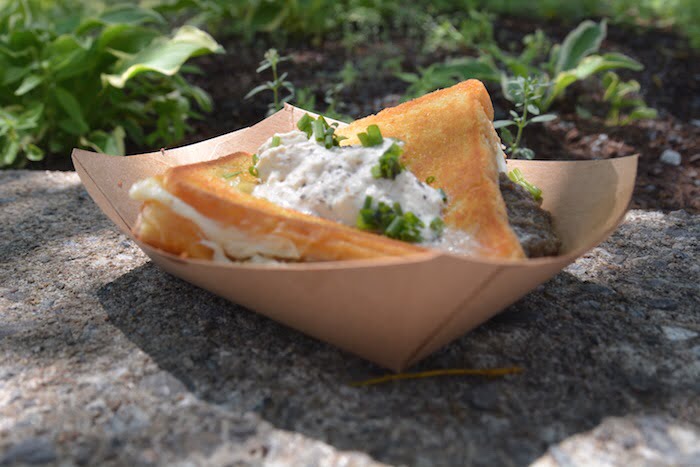 What makes this beer festival unique is the focus on tasting beer in a degustation style, meeting the Brewers behind such great produce and sharing a love for beer on an international scale!

If you’re a beer lover start planning your trip to Montreal for next years festival.