Film: The Trip to Spain, The Como South Yarra

The ultimate foodie film, The Trip to Spain explores the tastes of Spain with a big serve of British humour

Good food, great friends and meaty conversation are the three key elements to a good night out for any foodie. So it goes without saying that The Trip to Spain, the third in the film franchise from Director Michael Winterbottom, is the ultimate foodie movie, and it’s on across cinemas in Melbourne this week.
British funny folks Rob Brydon and Steve Coogan return for the third film of a jaunt around a European food region as two old friends who reconnect – with an undercurrent of rivalry – over six meals in six different places on a road trip through Spain.
There’s chatter and chorizo as the middle-aged actors catch up with each other against the backdrop of Spain’s culinary hotspots, from the North Atlantic to the Mediterranean coast, visiting Cantabria, the Basque region, Aragon, Rioja, Castile La Mancha and ending in Andalucia. 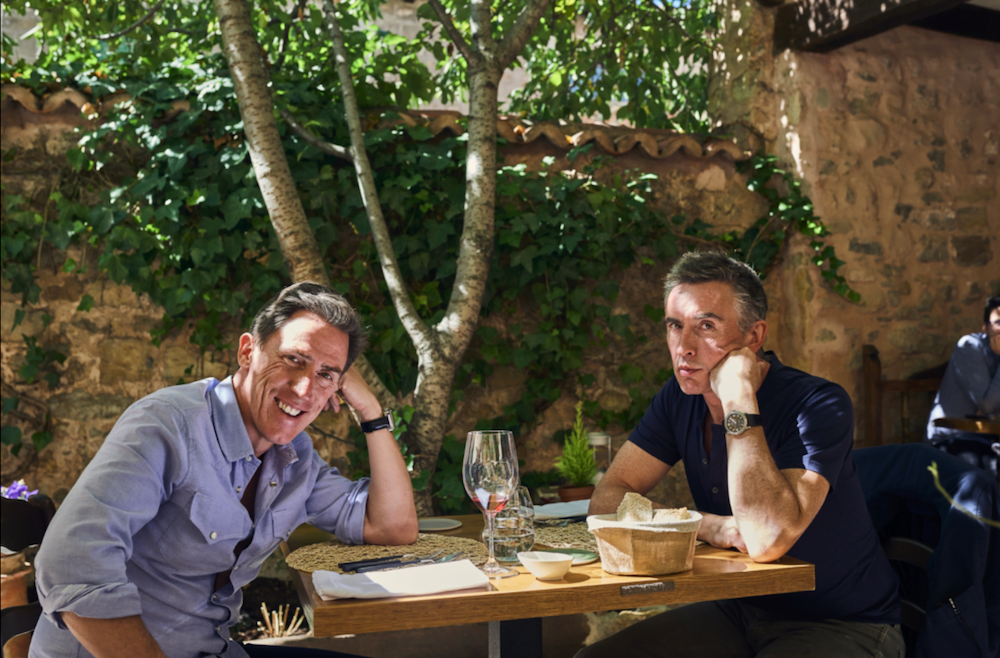 Steve has just starred as a chef in a US TV series and is asked to do a set of restaurant reviews in Spain to publicise the show. And as usual Rob will write the newspaper articles, this time he’s using Don Quixote as inspiration.
The impersonations the duo have become know for in The Trip and The Trip to Italy are featured again, with the pair attempting to out do each other as Roger Moore and Mick Jagger over glasses of Rioja and tasty morsels of Spanish fare.

Showing in cinemas across Melbourne from 3 August, we recommend watching it at The Como in South Yarra which has plush decor, a luxurious cinematic experience and most importantly, you can enjoy a Tempranillo and a taste of Spain before the film.
The Trip to Spain
Palace Cinema Como
The Como Centre, Level 1
Cnr Toorak Road & Chapel Street, South Yarra
Buy tickets