Historic pub reopens in Brunswick after a multi-million dollar makeover.

Australian Venue Co own and operate hundreds of hospitality venues across Australia, so it’s safe to say they know a thing or two about opening a new pub. Set to be the most exciting of their current ventures is the restoration of the historic Sarah Sands hotel, which has just swung its doors open.

Breathing life into an abandoned venue is no mean feat and it’s set the team at AVC back millions. But, Chief Executive Officer Paul Waterson finds breathing life into an old building rewarding. “Finding ways to revitalise heritage venues and update them to meet the needs of locals is something we take so much pride in at Australian Venue Co,” says Waterson. The opportunity to showcase the newly refurbished pub to the local community is also a highlight. “We can’t wait to get the neighbours in for a first look!”

What’s in a name? The pub takes its name from a steamship, Sarah Sands, that sailed around the world from 1846 to 1869. Originally built in Liverpool, she was named after the Mayor’s wife at the time. In her early days, Sarah transported packets between the UK and New York, and then between San Francisco and Panama. But, it was when Melbourne’s gold mining boom began in the 1850s, that she set sail for Australia. Rumours have it that it was this voyage that brought the hotel’s original licensee, Robert Barry, to Australia.

The Sarah Sands Hotel first opened its doors in 1854 and, since then, the pub has taken many forms. In the 1950s it was a hothouse packed until the 6 o’clock swill each night, before transforming into an adult club in the 1980s, and then shapeshifting into Bridie O’Reilly’s in the 90s. In 2021, Sarah will become a place for locals to gather and enjoy relaxed drinks with friends, cheer on their favourite sports team or enjoy a hearty pub meal crafted from local produce.

The menu features a classic lineup of weekly pub specials including vegetarian alternatives for Parma Night & Sunday Roast to reflect the communities preferences. The trusty pub Meat Raffle has been reinvented, with a farm-fresh box of fruits & vegetables up for grabs every Friday. 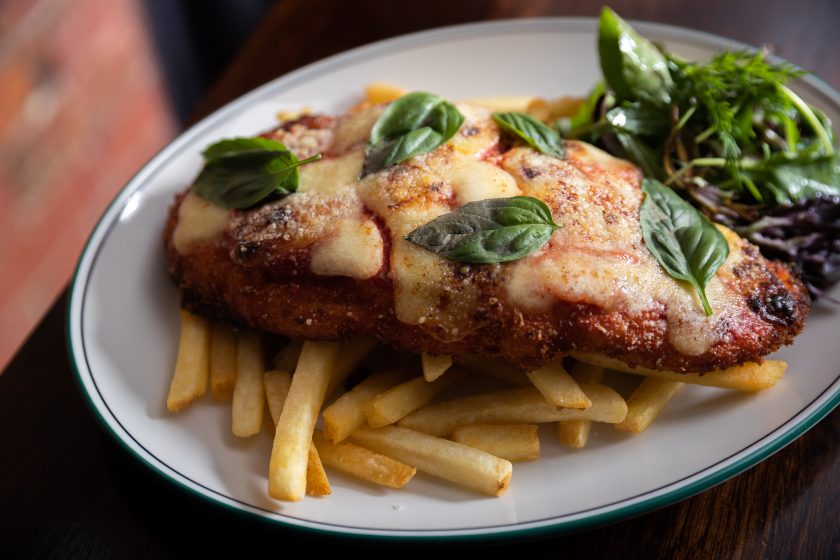 Executive Chef Telina Menzies has taken inspiration from more than 15+ years working in pubs across Australia, to create a menu that feels comforting and nostalgic while also offering fresh, flavourful dishes that showcase native ingredients and reflect modern dining trends. Expect favourites including Steak and Ale Pie with braised Victorian beef, mushy peas and buttered mash, a classic Chicken Parma, an Eggplant Parma, as well as burgers, chips and pizza options. “It’s a little bit nostalgic and a little bit new. I want people to feel at home right away at Sarah Sands, but also keep things fresh and help make everyday occasions with friends and family feel a bit special,” said Menzies.

To drink, signature cocktails include the Wattleseed Espresso Martini, the Davidson Plum Sour with Four Pillars Shiraz Gin and the Lemon Myrtle Drop. A range of four seasonal spritzes will launch with Lavender & Baby’s Breath, Strawberry & Mint, Watermelon & Lime and Wild Blueberry & Fresh Berry spritz. There will also be 10 beers & ciders available on tap, complemented by an extensive tinny & bottle list of local and international beers and ciders.

Be amongst the first to experience this newly revived historical pub! Find out more HERE