Whether you’re on a cheat day, or are serious about clean eating, Essendon’s North and Eight is the suburban oasis you’ve been dreaming of. The bright and sleek cafe has become a favourite among locals, with it’s casual family-friendly atmosphere and inspired menu drawing in coffee lovers, on-the-go local mums, and foodies alike.
Walid Hijazi cut his teeth at Prahran’s super popular Babble Bar, which thrived as a favourite among the competitive Southside coffee scene. After over a decade in the industry, he “got out” and, for a while, focused on other ventures before being drawn back in when the too-good-to-refuse space in Essendon’s Buckley Street opened up, and North and Eight was born.
Used to being able to find great coffee on every corner in his Prahran days, Hijazi found the Essendon landscape lacking on the caffeine front. While there were a few cafes popping up, they were few and far between. His plan was simple: create an awesome space with good food and great coffee.
“Food should be fun!”, Hijazi explained, while pointing out crowd favourite dishes such as the Korean fried chicken on a waffle and the Ferrero Rocher French toast (don’t worry, I’ll talk more about that heaven-on-a-plate-later), “we’ve looked into dishes that are popular overseas to keep the menu fun and interesting”. And the extensive menu really does offer a wide geographical sampling, with Asian, Middle Eastern, and local flavours represented, while the dessert case full of boutique treat-laden donuts and rich pastries definitely brings the fun. 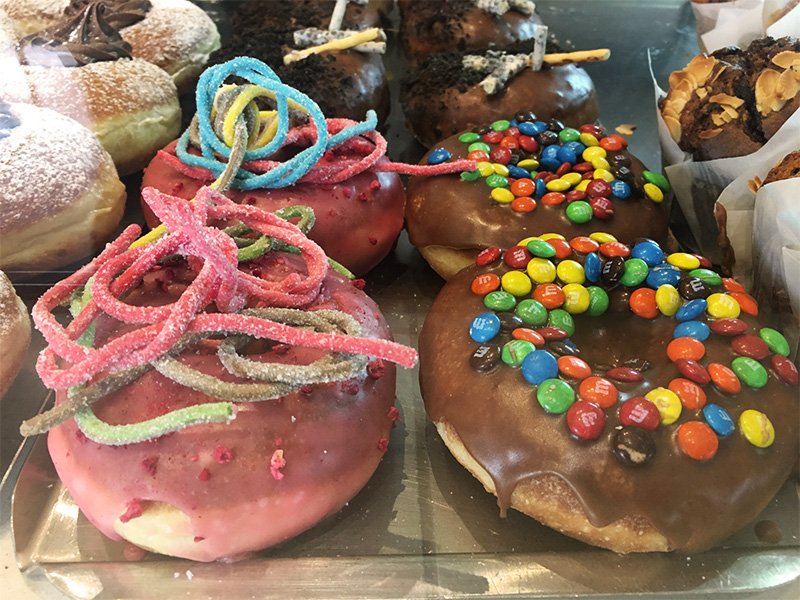 One of the cafe’s most popular dishes is their Wild Rice Salad. Vegetarian and gluten free – and available takeaway for the health-conscious foodie on-the-go, it’s loaded with superfoods like quinoa, kale, goji, and activated almonds, while feta, avocado, and a rich tahini yoghurt make this a dish that feels indulgent while you’re being good. What’s not to love about a little guilt-free extravagance?
The Açaí Bowl is another health focused dish that is flying out of the kitchen. A luscious smoothie bowl mix of banana, berries, almond milk, honey, açaí, pistachio, and granola, this will fill you up, taste great, and do you good – all while being uber Instagrammable. If it’s true that we eat with our eyes, then the Açaí Bowl will satisfy on all fronts. 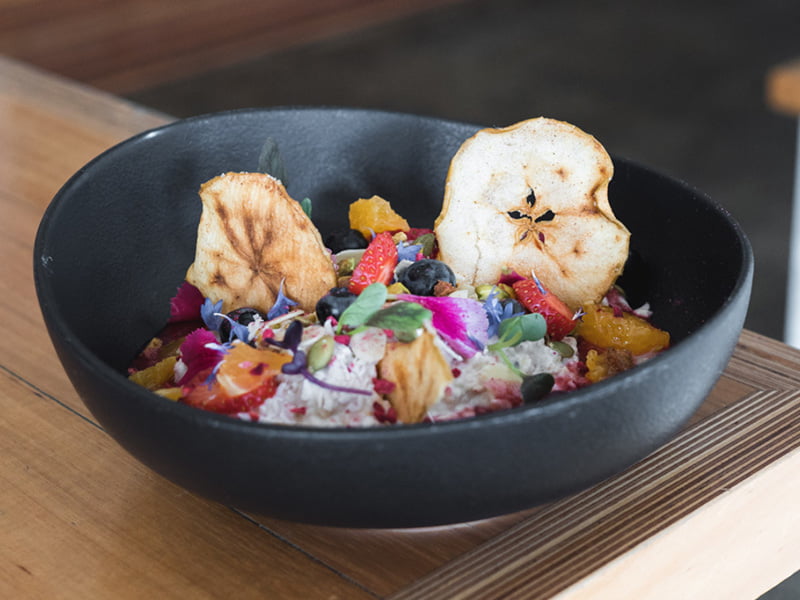 But North and Eight isn’t all clean eating and hitting macros, the menu also offers up some indulgent treats that will make your cheat day well and truly worth it. The star of the sweet tooth show is definitely the Ferrero Rocher French toast. Thick cut brioche loaf forms the base of the mouthwatering – and very sizeable – mountain, topped with Nutella, hazelnut mousse (so good!), praline, chocolate ganache, and Bacio ice cream. Dressed for success with fresh fruit, edible flowers, Pocky, and glamming it up with edible gold dust, this is one dish that must be seen to be believed! And it’s not all for show either: it tastes amazing! 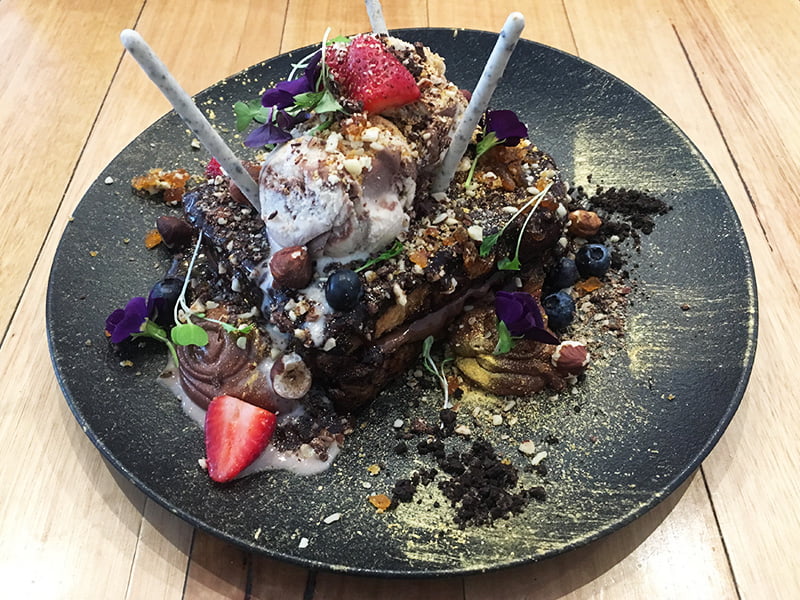 All glitz and glam aside, North and Eight succeeds in it’s original mission of delivering good quality food, made with locally sourced produce, in a cool and casual atmosphere. And with ethically sourced, Melbourne based Proud Mary Coffee providing the beans, their coffees are flying out the door.
North and Eight Cafe
285-287 Buckley Street, Essendon
Ph#: (03) 9331 3858
https://www.northandeight.com.au