Turn up, sit down and eat Yunnan cuisine at newly opened Naxi Folk.

We all have those nights where the idea of cooking feels like a harrowing task, your Uber Eats app needs a bit of a break and you decide it’s time to leave the nest despite these chilly Melbourne nights. You may have narrowed down your cuisine of choice to Asian, but there remains the quandary of what type. Do you feel like Chinese, Vietnamese or Thai? That’s where Naxi Folk, serving Yunnan cuisine, solves all your big foodie dilemmas.
If you’re unfamiliar with Yunnan cuisine, try to imagine an amalgamation of Sichuan, Myanmar, Thai, Vietnamese and Laos fare. Sounds delicious, right?
Newly opened Naxi Folk is the latest Asian fusion restaurant to hit Glenferrie Road. Covering all the bases, Naxi Folk is open for breakfast, lunch and dinner. Being one of only a handful of Yunnan restaurants in Melbourne, this place won’t be a secret for long.
A cosy restaurant featuring bamboo wallpaper and mood lighting provides a relaxing ambience for your feast. Long dining tables stay true to the Yunnan tradition of banquet dining and bringing people together with food. Even the signage honours the traditional pictographic writing system used by the Naxi people, one of the ethnic minorities hailing from the province of Yunnan. 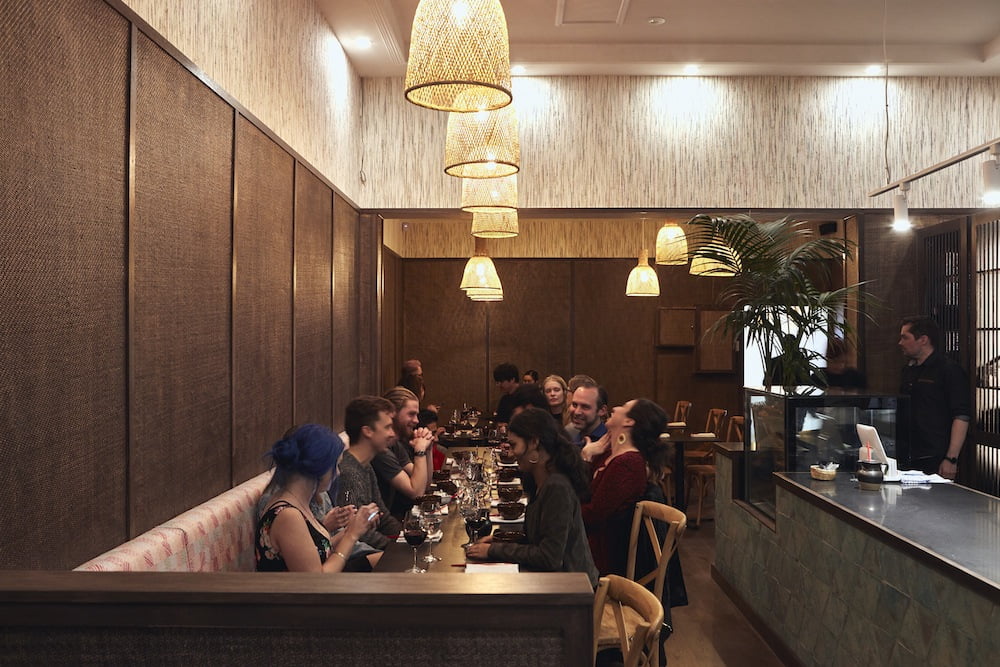 The food at Naxi Folk is ideal for sharing and pays homage to what Yunnan cuisine is all about – tangy, tropical flavours with fresh herbs and fiery chilli.
I had it on good authority that the signature Chinese burger, with succulent shredded pork belly, coriander, capsicum and a special spice mix stuffed inside a pan baked Yunnan pocket is a must try and boy, I was not disappointed. 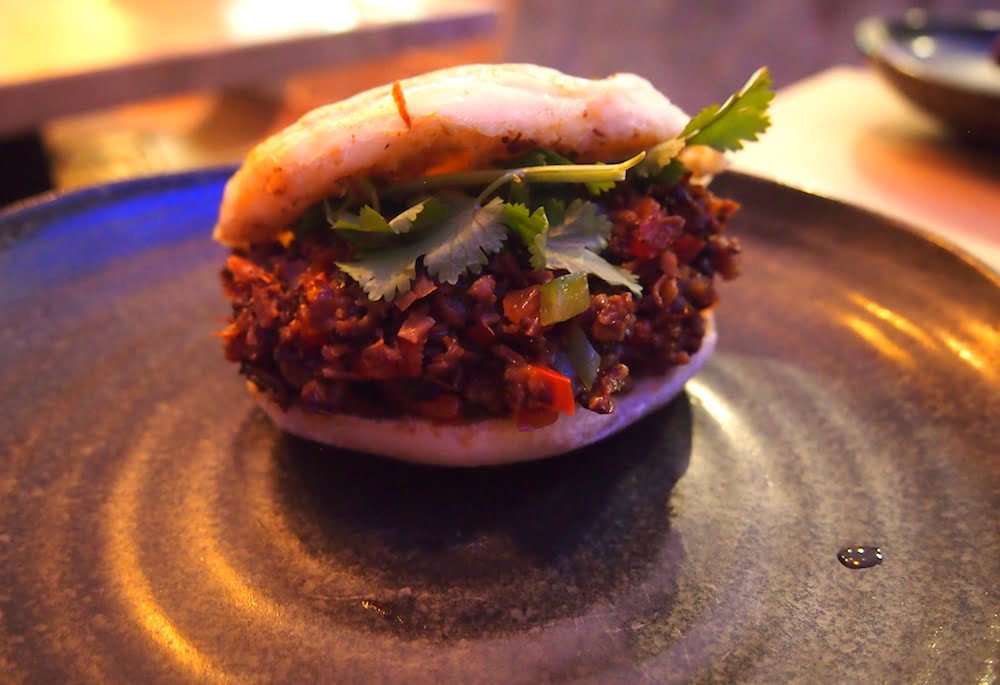 What became one of my favourites was the delectable crispy chicken spare ribs, marinated in Sichuan pepper and caramel sauce with Yunnan tea leaf. Don’t be ashamed to eat these with your hands because they are literally finger licking good.

A side of rosemary potato croquettes served with a spicy mayo was the ideal accompaniment. They were crisp on the outside and soft on the inside, just as a croquette should be.
The BBQ thinly sliced scotch fillet will melt in your mouth and is a dish that all carnivores must try, particularly if you want a bit of spice in your life. 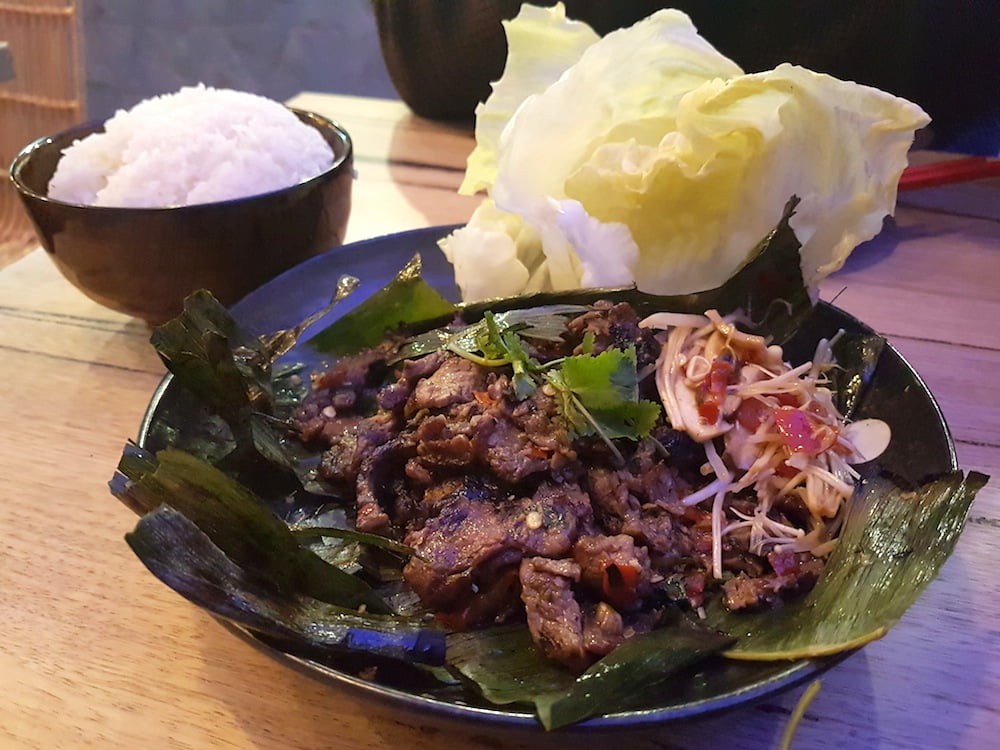 If you’re keen for something sweet, try the Pao-Luda breadcrumb dipped in coconut milk, coconut jelly tapioca and topped with shredded coconut.
Complete your banquet with a unique cocktail at Naxi Folk. Try the Jasmine and Strawberry Sparkling Tea, featuring Hayman’s Sloe Gin, sparkling Moscato, jasmine tea and fresh strawberry infusion. This cocktail is the perfect little bit sweet, little bit sour option.
For a bit more punch, opt for the Rum Shala, with lime, ginger and chilli, smashed to order and splashed with spice rum.
The Kunming Coconut Martini is not for the faint hearted. Light and dark rums, coconut milk, a dash of toffee syrup and the barest hint of lime provide an amazingly sweet cocktail that could serve as dessert. 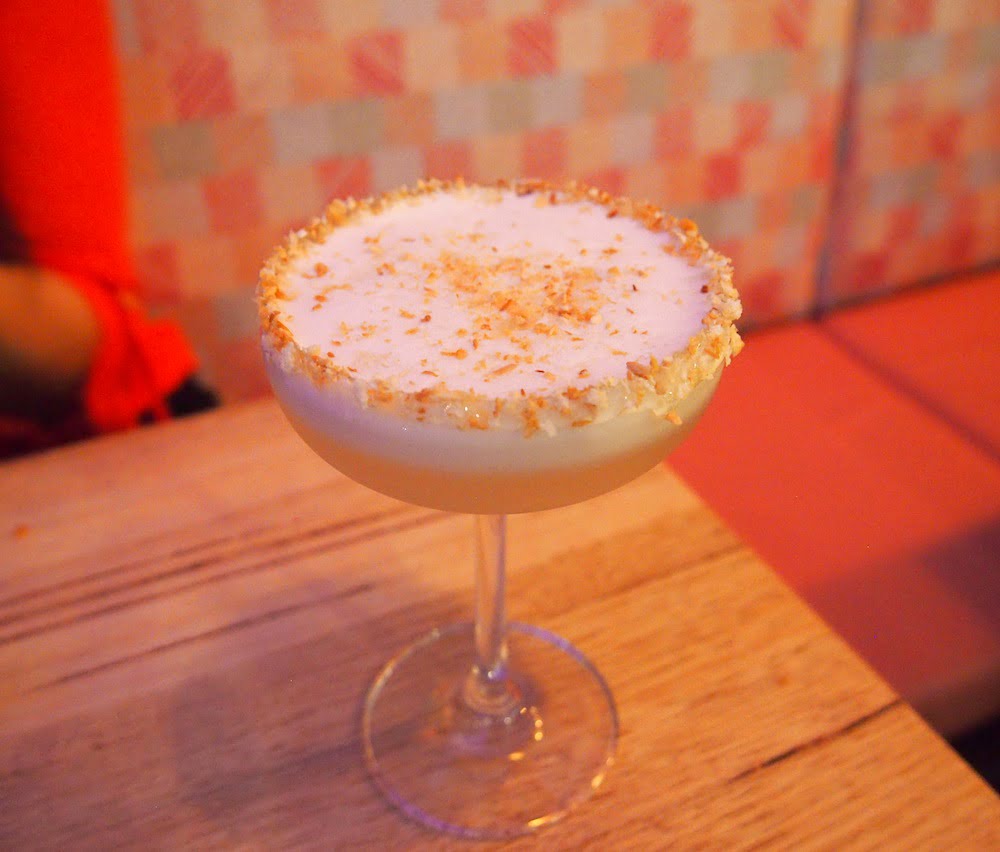 If cocktails aren’t your thing, opt for a wine, beer or even some tea. Every Friday and Saturday night, Naxi Folk host tea cupping ceremonies for diners, performed by staff in traditional Naxi-inspired dress.
Naxi Folk also serve breakfast, with dishes including breakfast noodles, son-in-law eggs and morning bao.
Lunch is equally appealing and includes mama boy’s chicken burger, roast lemongrass chicken and grain salad, and a crispy coconut and salmon pancake.
With so much variety in flavours and spice, Naxi Folk is sure to satisfy even the most fussy bellies. With their mantra of “Turn up. Sit down. Eat.”, that’s all I want to do next time I visit Naxi Folk.