Add throwing axes at Maniax to next weekend's agenda

Maniax axe throwing is the new “dinner and a movie” to hit Melbourne.

The task of deciding where to go for date night can be daunting, particularly in the early stages of courting. So instead of opting for the typical dinner and a movie, why not try something that will really impress, like axe throwing at Maniax? Your companion may think you have an axe to grind by suggesting an activity involving flying, sharp objects, but actually, Maniax is the perfect ice breaker.
Tucked down Russell Street in Abbotsford, Maniax is just a stone’s throw away from Collingwood train station. The warehouse venue with rock tunes playing in the background sets the scene for an axe-tion packed night. 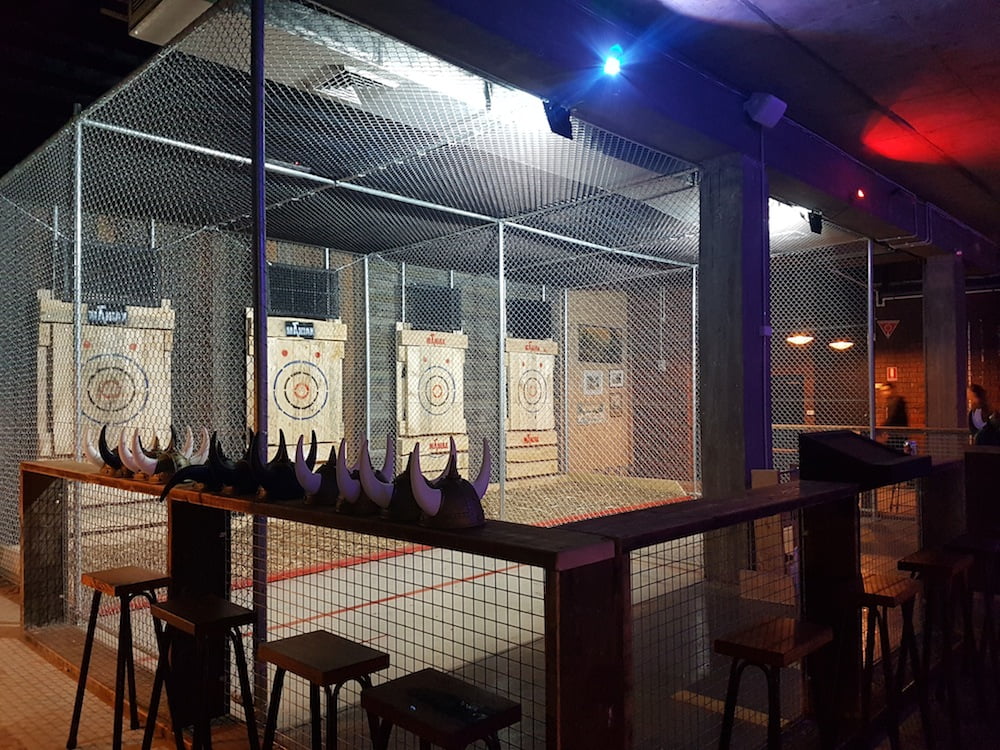 As you step inside the dimly lit entrance you are confronted by an enormous floor to ceiling tree trunk, with wedged axes all around. Though a tribute to Viking times, the iPads sitting on each axe are a reminder that we are in the 21st century.
Make your way to your throne on a brown leather lounge, psych yourself up and suss out the competition. With six cages housing twelve brightly lit wooden targets, the anticipation of stepping up to throw your first axe will build.
If you’re like me, or like most people for that matter, and have never thrown an axe, you needn’t worry. The enthusiastic staff at Maniax await to teach you the tricks of the trade in no time. Pick up a 1.3 kilogram axe and you will quickly determine whether your forte is the single or double-handed throw. Admittedly, the thrill of hitting your first bullseye, which will no doubt impress your date, is a most satisfying feeling.
Each round of Maniax consists of five throws, where an axe wedged on the board can score you one, three or five points. Go for the clutch by hitting one of two small red circles above the target and you can earn yourself seven points. 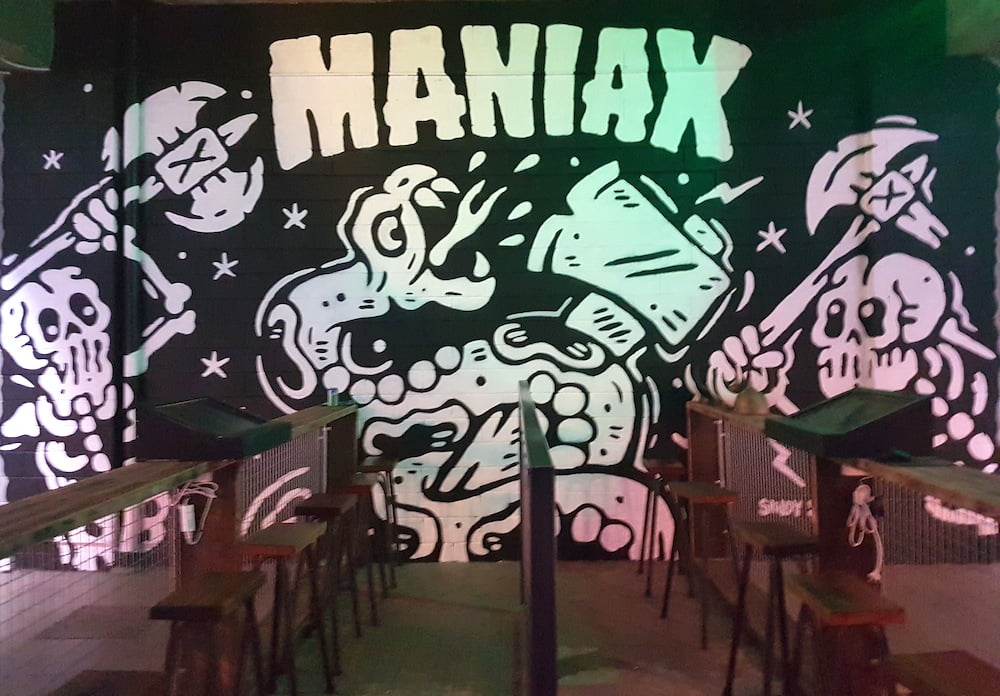 Patrons at Maniax quickly realise how fun hurtling axes at targets can be. There is no quiet moment to be had with the incessant cheering and encouragement from the groups around you. Couples, friends, and bucks parties alike were all bringing out their inner Viking with competitions in full swing.
When you feel that your lumberjack skills are as good as they’re ever going to be and you have made it to to the finals, give the longer axes a go. In this case, size does matter, as the longer axes are a lot more challenging. Other rounds offer the opportunity to throw an axe to hit a balloon taped to the bullseye. Pop the balloon and wedge your axe in the bullseye and you will score yourself a whopping ten points. 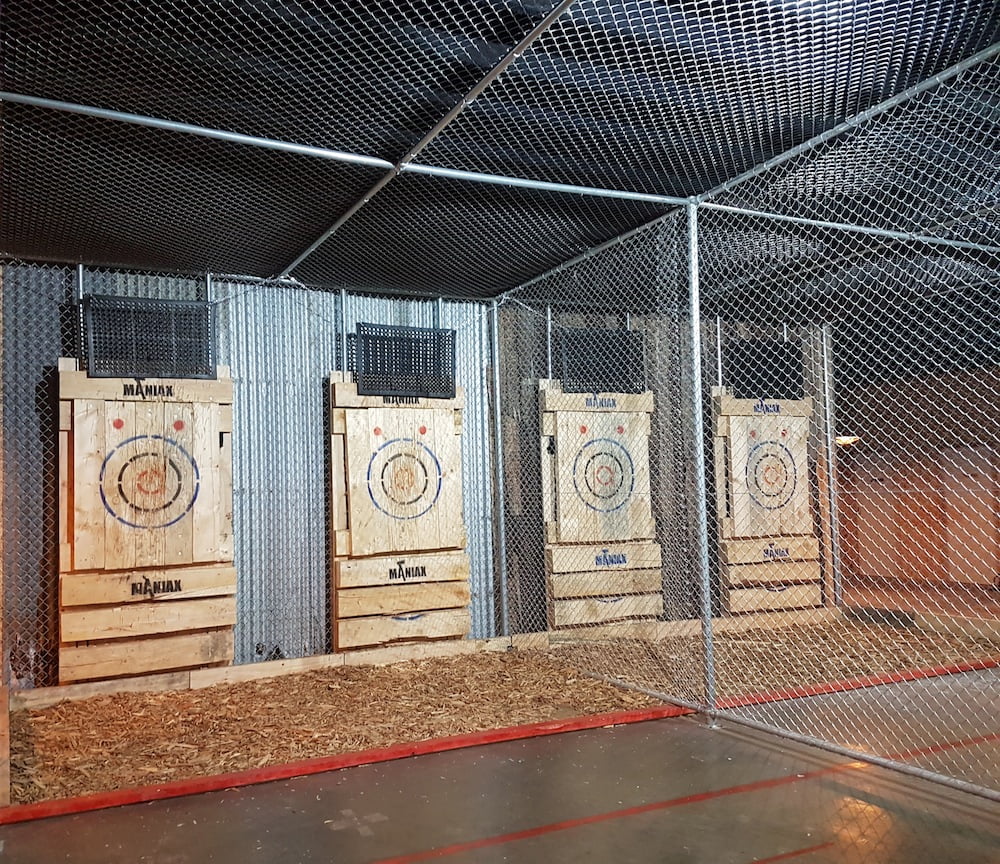 It’s no surprise that the success of Maniax in Sydney is set to be replicated here in Melbourne. The days of resorting to bowling as a weekend activity are gone forever.
Maniax offer casual, group or date night sessions. Date nights ($100 per couple) are held on the first Friday of every month where you can battle it out against other couples. Who doesn’t like a bit of healthy competition?
If you thoroughly enjoyed throwing axes (and why wouldn’t you), you can even join the weekly throwing league and compete in an eight-week season.
So grab your date or some friends and get on down to Maniax. Who knows, maybe you’re secretly a Viking warrior in the making.