The first thing you see is the yellow sign. A lighthouse, beacons ablaze, beaming out across a rough sea with a promise of safe harbour, while an Eastern Orthodox Church, with it’s evocative onion domes, stands sentinel behind. When you’re ambling down Brunswick Street, it’s easy to miss Little Odessa. Nestled off the main drag, and tucked away behind an avant-garde Op Shop, you might walk right past. But follow that yellow sign, and the lighthouse, and you’ll find yourself in one of Fitzroy’s best kept – and most delicious – secrets.
Brother and sister duo Stefan and Sofia Soltys grew up in a Ukrainian-Australian home where food, and the sharing of food, were central. Following the success of their CBD cafe, Frances Food and Coffee, the pair decided to create a restaurant and bar where they could recreate the traditions and hospitality of their Eastern European heritage for eager Melbourne diners – and Little Odessa was born. 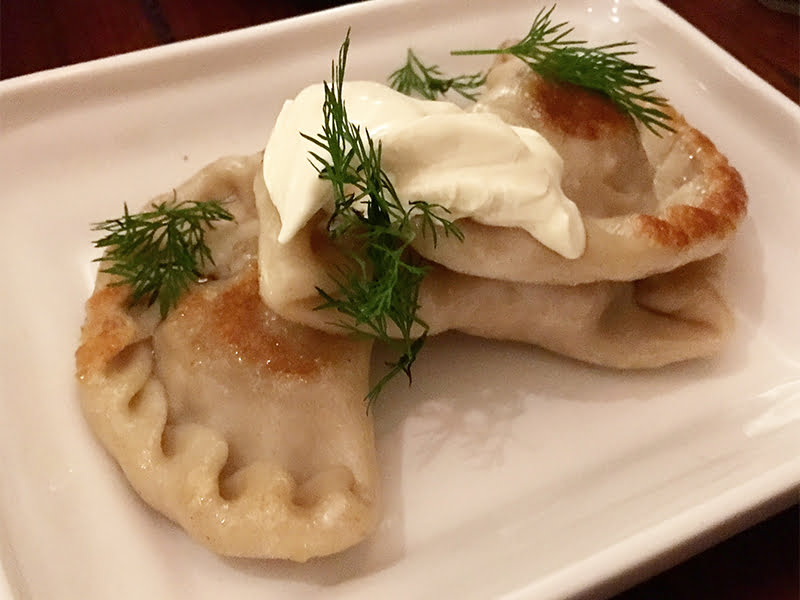 Named after the Ukrainian port city of Odessa, that lies on the coast of the Black Sea, Little Odessa showcases the traditional flavours of Slavic cuisine – hearty dishes that make the most of in-season local produce, as well as utilising preserves and pickles made in-house.
It’s quality over quantity on Little Odessa’s well curated and concise menu – a delight for diners, like me, who get menu anxiety. A handful of carefully chosen snack items, a small selection of salads and desserts, and a collection of larger, more substantial main dishes – all designed around sharing – offer diners an array of Eastern European favourites.
With the snack menu, even items as simple and bread and butter get an Eastern make over – think house made rye bread with a beetroot compound butter, and fried pickled cucumbers with dill salt – and rotating cheese and cured meat boards pair beautifully with a glass of one of Little Odessa’s many available wines (including a chardonnay from Transylvania – really!).
With larger dishes, the focus is on familiar comfort foods – just like ба́бка used to make! Borscht is served with a generous dollop of sour cream and topped with a liberal sprinkling of dill, slow cooked beef goulash comes with crusty fried bread for sopping up all the flavoursome leftovers, and pierogi is served two ways – pork and apple, or cabbage and potato – and, as is only right, topped with more sour cream and more dill. 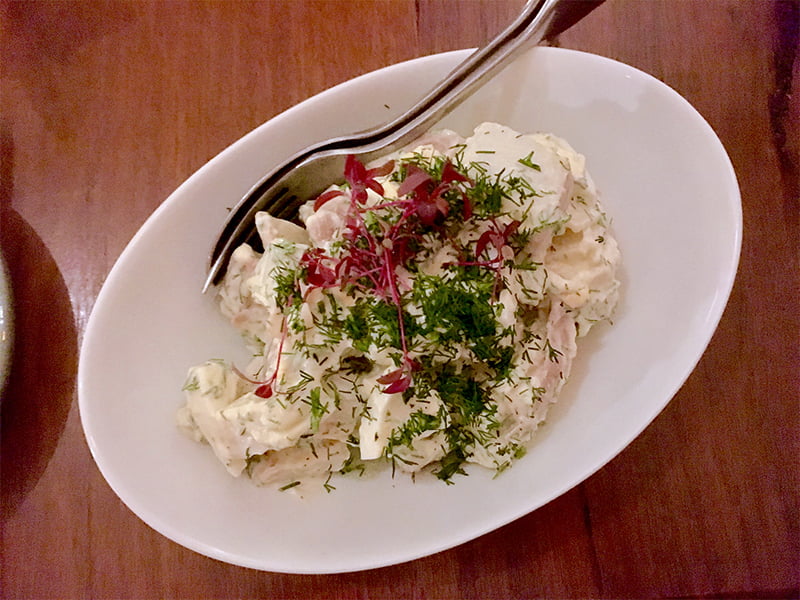 The salad selection is home to my favourite regional delight, and a must on any self-respecting Eastern European dining table: potato salad. At Little Odessa, the potato comes tumbled with perfectly boiled egg, and dressed simply with sour cream and dill. Another Slavic stalwart, cucumber and yoghurt salad with dill, is a must-have when you drop into Little Odessa.
Dessert sees a lusciously tart sour cherry pelmeni served with fresh strawberries and mint for a light way to finish up the night, while the layered honey cake with honeycomb crumble and vanilla pastry cream is a heavier dessert for those needing something to soak up the wine.
Speaking of wine, Little Odessa’s wine menu showcases a variety of mostly Australian wines, with a selection of Eastern European tipples repressing the region in each varietal. Beers from the Czech Republic and Ukraine sit happily alongside local selections, and for the adventurous palate, Queensland’s Lost Palm’s Brewing Co’s kettle sour beer flavoured with cold-pressed beetroot is on the menu as well.
Next time you’re in the area, keep an eye out for that yellow sign, and settle in for an evening of old-world hospitality and some amazing Eastern European food at Little Odessa.