The humble bento box is a staple menu item at any of Melbourne’s ten-a-penny Japanese restaurants, so meeting a friend for a lunchtime bento is nothing out of the ordinary. That is, until the name of the restaurant we’re meeting at is revealed: Kisume is synonymous with exceptional Japanese cuisine prepared by high-end sushi masters that’s been the talk of the town since its launch last year. It’s here that I throw out everything I think I know about bento and prepare to be impressed.
The Japanese have been carefully and lovingly preparing bento since the 13th century. It’s served everywhere from the family home to school, from convenience stores to fine dining restaurants, presented in neatly compartmentalised trays that range from throw-away polystyrene containers to beautifully lacquered bento boxes.
Kisume is part of the Lucas Group who are behind favourite dining haunts Chin Chin, Hawker Hall, Kong and Baby.  A three-level dining venue, Kisume teeters on the edge of fine dining while offering accessible price points and a relaxed vibe.
Bento beckons as we step into the Flinders Lane restaurant. I’m immediately drawn to the bold photography on the walls by Australian artist Polly Borland and Japanese photographer Nobuyoshi Araki. The minimal décor and strategic lighting showcase the art on one side and the performance on the other side – that is, the master sushi chefs meticulously creating art-as-food for us to eat. 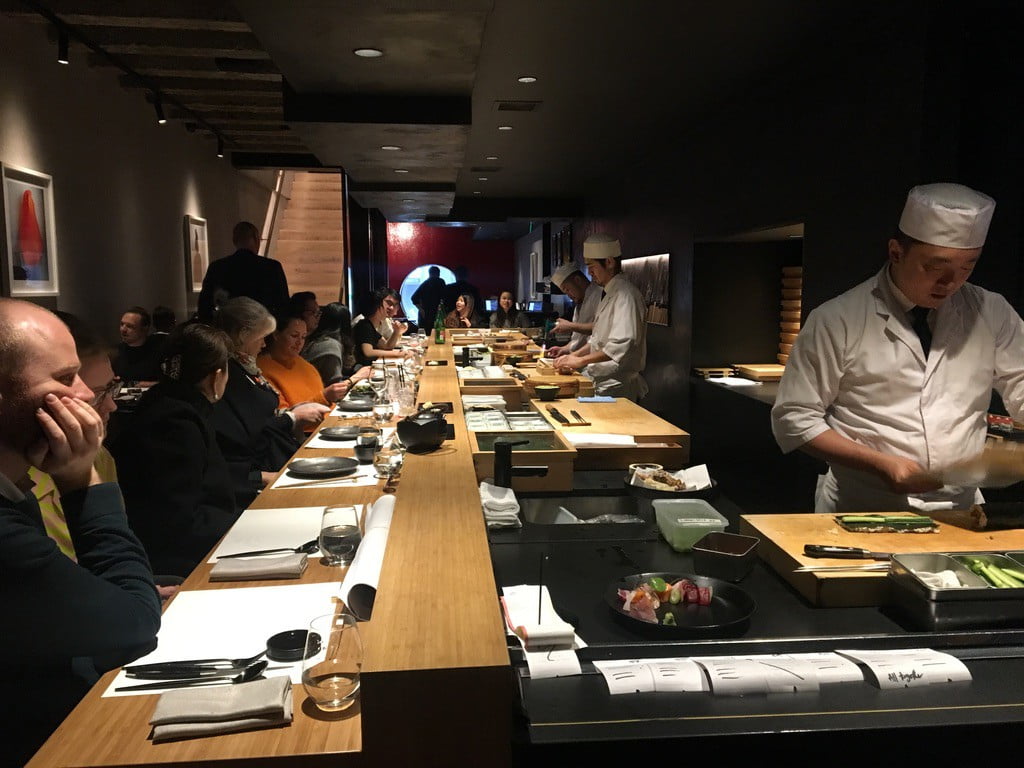 We sit at one of the tables-for-two which are dotted along the wall, parallel with the wooden sushi bar where diners look on at the various sushi masters finely chopping vegetables at the speed of light. A pot of sencha green tea is brought to our table to brew as we look over the menu.
The menu lists three choices for bento: koji chcicken, saikyo salmon and tenderloin with foie gras. Today, the salmon isn’t available and in its place is miso cod which I happily order while my friend chooses the chicken.
Would we like some wine? Yes we would! We go with the recommended Henty Riesling which has been selected to match the bento. The wine list here is no afterthought: take a look at Kisume’s wine wall and ask to view the wine list which has a well-considered collection of bottles from around the world plus an excellent range of sake for your drinking pleasure.
The bento arrives and we take a moment to look at it (and photograph it, obviously). There’s something exciting about food that’s served in compartments, which might explain why I always eat the airplane food that’s brought to me when flying – it’s not the food that’s interesting, but the presentation. At Kisume however, the quality of the food is what’s its reputation is pinned on. 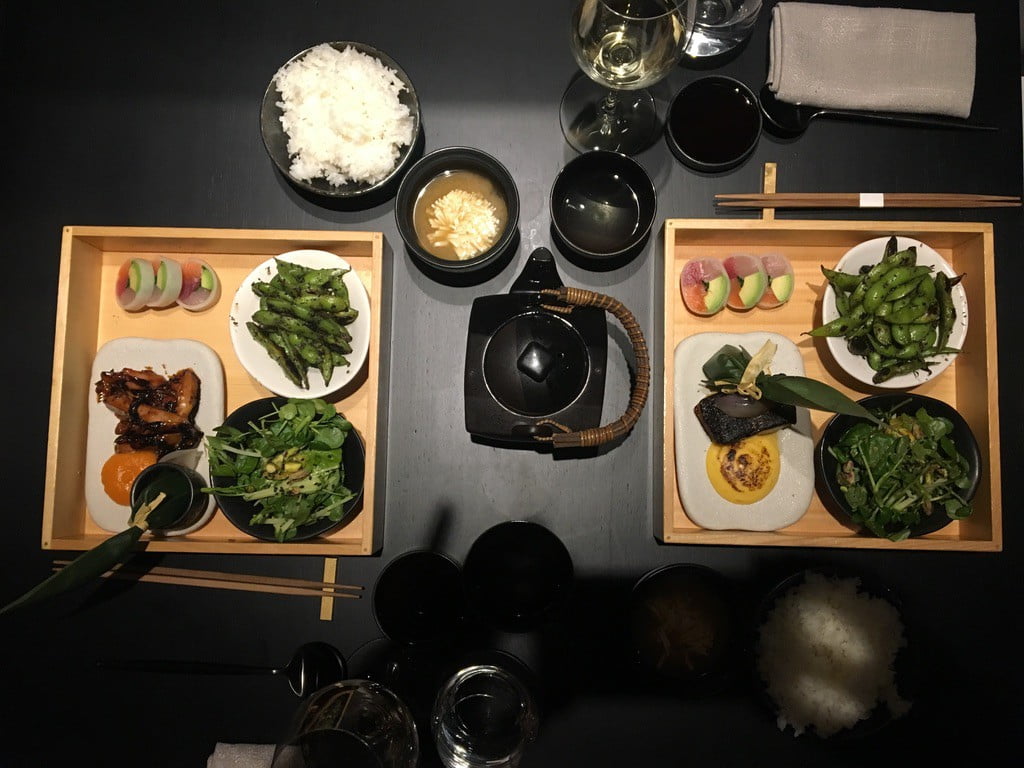 In my dish the skin side of the cod is deliciously crispy while the flesh is just cooked and no more, making it tender, light and a joy to devour. My friend’s chicken is sticky with marinade, it’s succulent and it’s flavoursome.
Each bento comes served with wasabi root salad, chargrilled edamame which is lightly salted and fun to nibble on, chimaki fluke – a moreish glutinous rice and fish dumpling wrapped in a bamboo leaf that’s easy to pop in the mouth – a perfectly prepared and sliced sashimi hand roll, miso soup with what looks like a tofu flower swimming in it and a steaming bowl of rice.
The beauty of bento is that the content can vary wildly, and in Kisume’s case they’ve created a dish that’s familiar but the detail makes it that bit more special.
Bento boxes are priced between $36.50 and $46.50 including the sencha tea. It’s a nice way to enjoy a bit of culinary luxury without spending big. You can get bento anywhere, but you can only get one of this quality with this experience at Kisume. There’s nothing humble about it.