Located a stone’s throw from the State Library of Victoria, IPPUDO Melbourne’s General Manger Alvin Gan brings a long heritage of ramen tradition to Artemis Lane. One of some 130 stores worldwide and counting, IPPUDO’s history dates back to 1985 when it was founded by Shigemi Kwahara, owner of Chikaranomoto Company and known as ‘king of ramen.’

This is the place for the pure enjoyment of food – even the sound of slurping ramen (described as ‘zuzutto’ in Japanese) depicts maximum enjoyment of eating noodles. So much so, that the ultimate gratification is ‘nodogoshi’, which translates to, ‘the silky sensation of food sliding down one’s throat’. 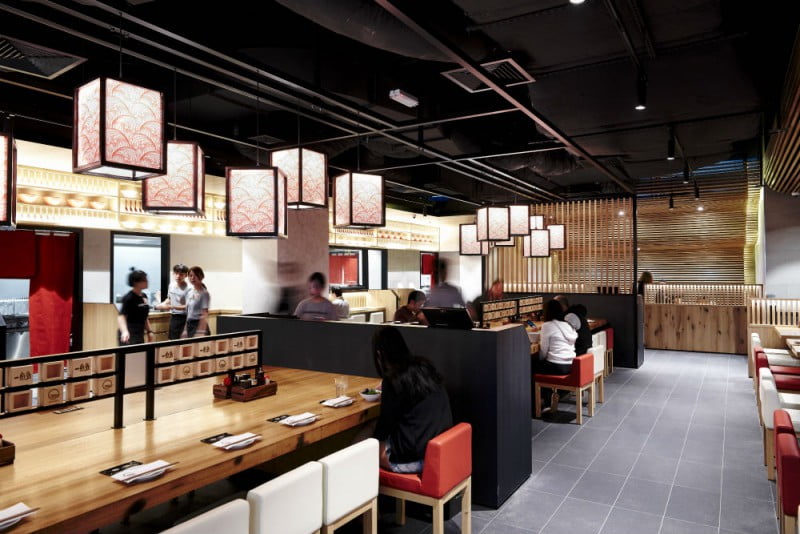 IPPUDO is renowned for its tonkotsu ramen, a thick soup filled with thin egg noodles and other delights, particularly pork. However, I recommend sharing some ramen for main and trying some of the entrée dishes, too. We started with Chicken Karaage, super succulent chicken thighs that were marinated and fried and paired with shichimi, a Japanese spice mix. It felt like we’d barely touched the chicken before the seared salmon sushi rolls graced our table. It wasn’t the refreshing flavours I’d usually expect from a salmon dish, yet was tasty by way of a rich creamy softness, topped with spicy cod roe mayonnaise, and was surprisingly filling. The New Zealand riesling from Spy Valley was an excellent drop to cut through these rich flavours. 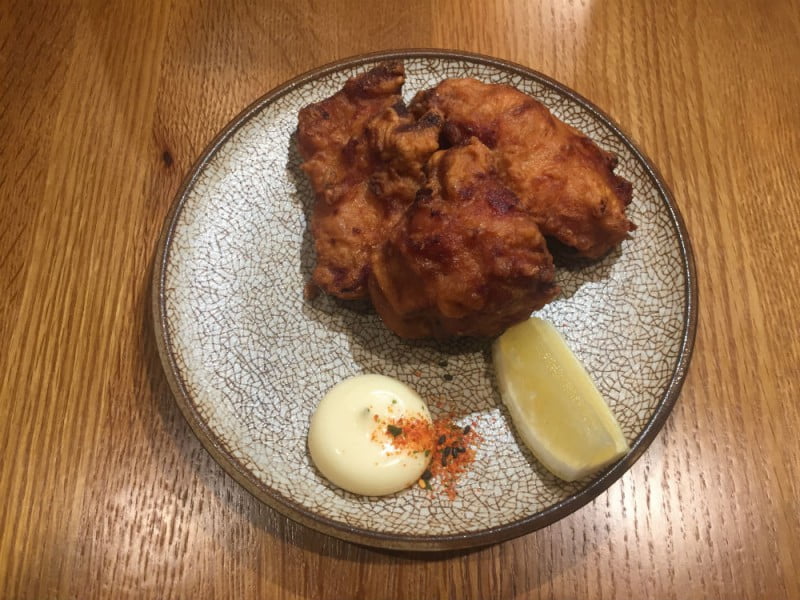 There’s just the right amount of options on the drinks menu – we are hailing the ramen kings after all! On the beer menu, you can opt for an Asahi half and half, which is half Asahi Super Dry and half Asahi Super Dry Black. There’s the option to select the percentage you’d like, rather than the straight 50/50, which is a nice touch. 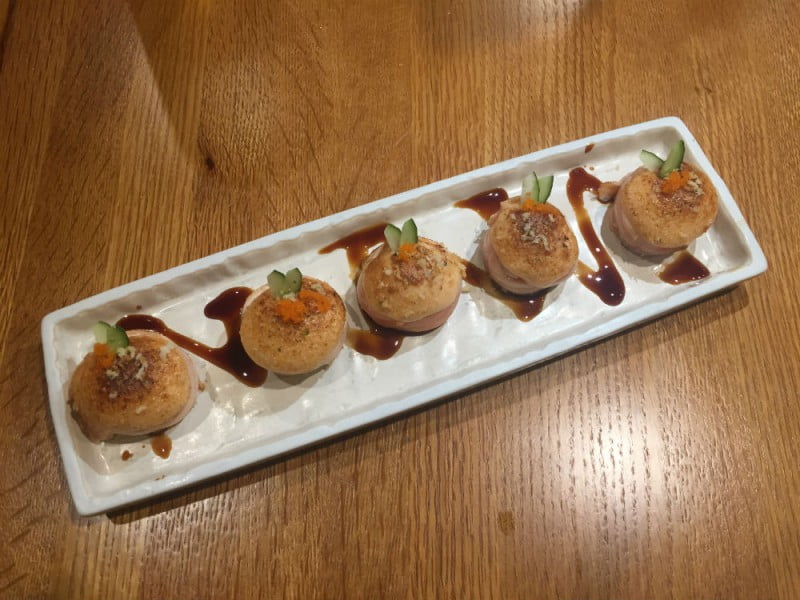 I’m a bao bun fan, and the dough of the signature pork bun – the famed global bestseller – was ultra soft and fluffy, yet the mayonnaise was perhaps a little overpowering for the pork. Nonetheless delicious, when you had an even balance of everything in one mouthful.

If you’re feeling adventurous, or you just love eel, the grilled unagi don atop rice with fried mushroom and unagi sauce is a great option. It is a strong, meaty fish flavour – a little too adventurous for us this evening – but it’s virtues are obvious all the same. 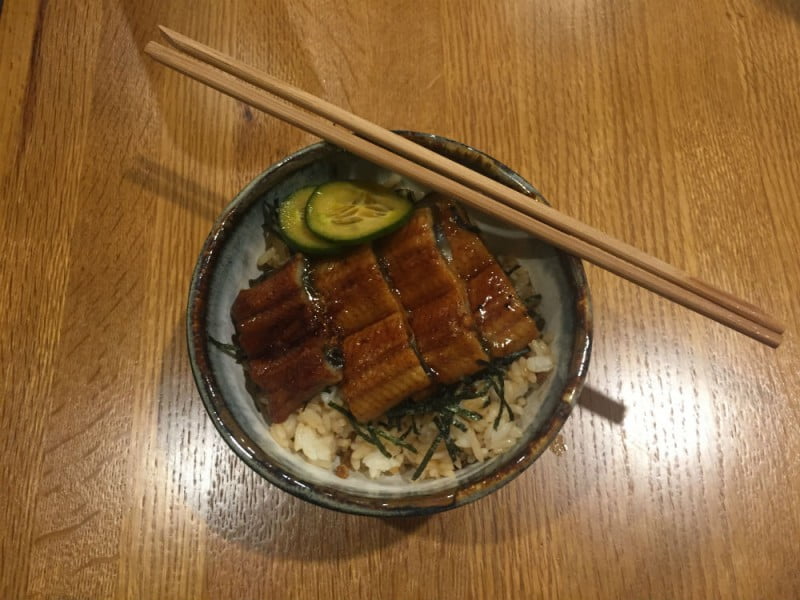 There are three styles of ramen to select from as a base: shiromaru, the original creamy tonkotsu broth; akamaru, the original broth with additional miso paste and garlic oil; and karaka-men, the original broth topped with special spicy ground pork miso and cashew garnish. The latter was a slightly more fiery option, and if you want something with a little kick it provides a steady heat. Each ramen is served with a different noodle and there are variations on how firm you’d like them cooked. I’m an al dente fan and I went for medium, which was on the softer end of the spectrum, and would select this again. The toppings such as roasted seaweed, flavoured black fungus, simmered pork belly, bamboo shoots and more, can be added. The bean sprouts and black fungus provide a good textural crunch, alongside elevating the dish, which is a little fatty with the pork belly and indulgent broth that has been refined and perfected over some 18 hours. 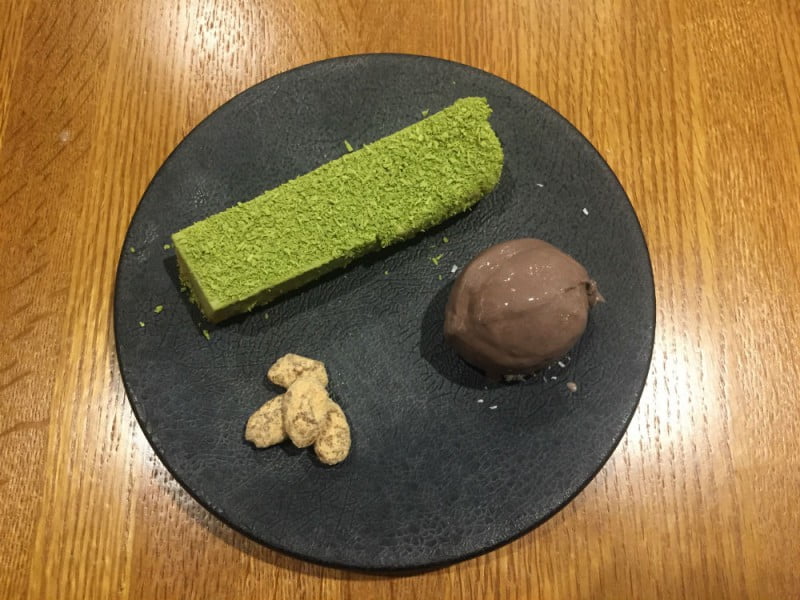 A matcha cheese tart with chocolate ice cream seals the deal for dessert. The matcha flavour is strong, and the cheese element softens it nicely. The ice cream is everything you’d want from a chocolate flavoured one, with coconut sprinkled and almonds teamed with black sugar and soy bean powder.

IPPUDO has been expanding exponentially in Australia, with four restaurants in New South Wales, one in Perth, and now Melbourne; we just can’t get enough. Zuzutto!