Dumbo used to be an old milk bar – an increasingly elusive relic of suburban Australia – and although a milk bar it may no longer be, an air of bonhomie and warmth has been retained in this latest addition to West Footscray’s café scene.
Bright and airy yet tightly contained unlike its increasingly jumbo neighbours north and south of the river (I’m thinking specifically of newcomers New School Canteen and Abacus), Dumbo is all timber, greenery and cushions to prop you up lest you become uncomfortable. When we visit, it’s proving popular with young families in the locale, with its accessible double storefront and express takeaway window by the side of the building accentuating its appeal.
And don’t be fooled by the limited menu of mainstay dishes on Dumbo’s website – the menu that we’re presented with upon arrival contains a broader multitude of brunch dishes, both familiar and more inventive. Eggs benedict, Bircher and sautéed mushrooms sit alongside two jazzed up iterations of smashed avocado – one with pumpkin sourdough and homemade almond dukkah and the other alongside a spinach and ricotta Turkish borek with spiced pinenuts and a tomato relish. For those who believe in breakfast or brunch being the heartiest meal of the day, there is also the likes of a decadent brioche burger with a chorizo patty and double smoked bacon as well as a baked Moroccan lamb clay pot with three different types of cheese and toasted Turkish bread.
The drinks list is similarly varied – non-lactose ingesting patrons have the choice of soy, almond and coconut milk, while non-caffeine drinkers are give a choice of three tea lattes (similar to a matcha latte if you’ve ever had one) and two varieties of Mork hot chocolates.
I bypass a coffee in favour of a ‘match made in heaven tea latte’, which is a blend of matcha, peppermint and vanilla bean. The lime green hot beverage is unlike anything else I’d ever had and a gentle start to the day, what with the little aromatic bits of dehydrated raspberries that are drizzled across it. 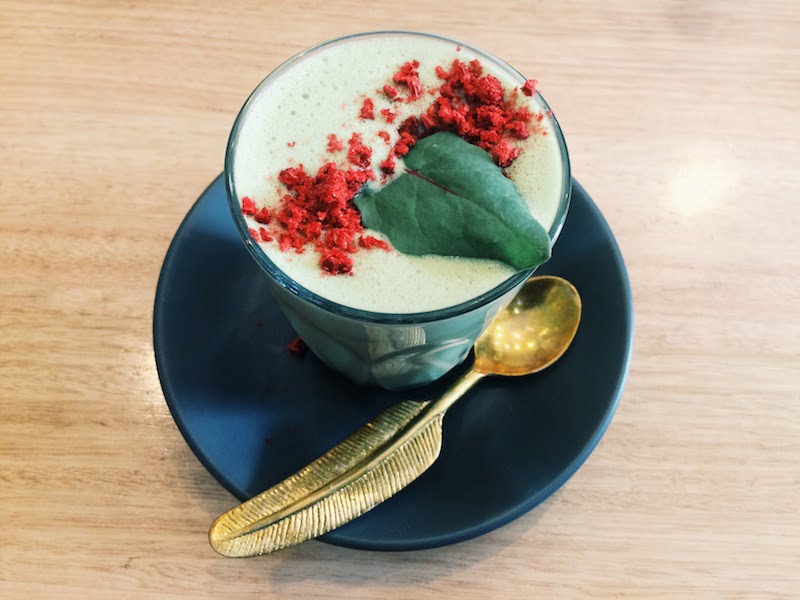 Spoilt for choice, which is both a boon and a curse when you’re prone to FOMO, we eventually order the avocado on pumpkin sourdough, the Turkish borek, and potato fritters with chilli lime salsa, smoked salmon and a poached egg.
The pumpkin sourdough goes beautifully with the array of fresh ingredients, from the chunky bits of avocado and small slivers of cherry tomatoes to the velvety goat’s cheese and the almond dukkah (everything is better with dukkah on it, in my opinion). 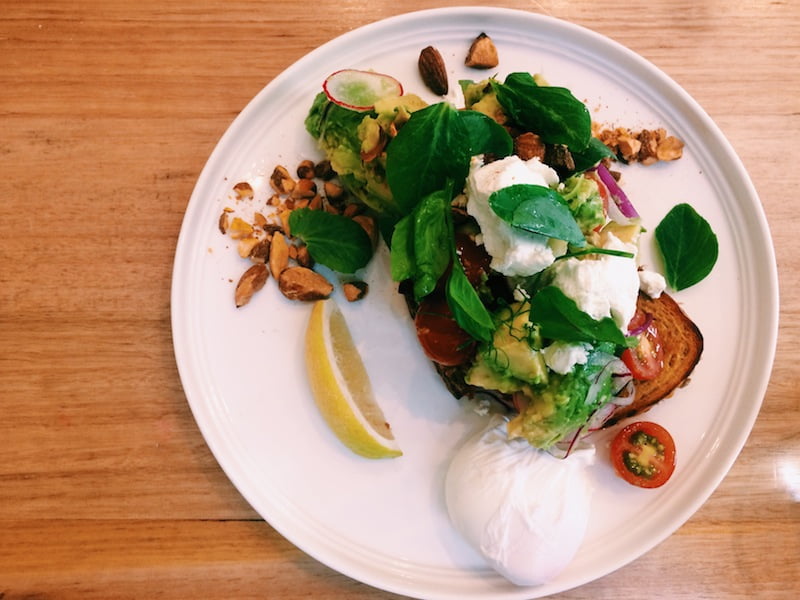 The Turkish borek is enveloped in buttery, flaky pastry and would be a perfect option for those who want a more gourmet version of Queen Victoria Market’s famed cheap and cheerful spinach and ricotta boreks. 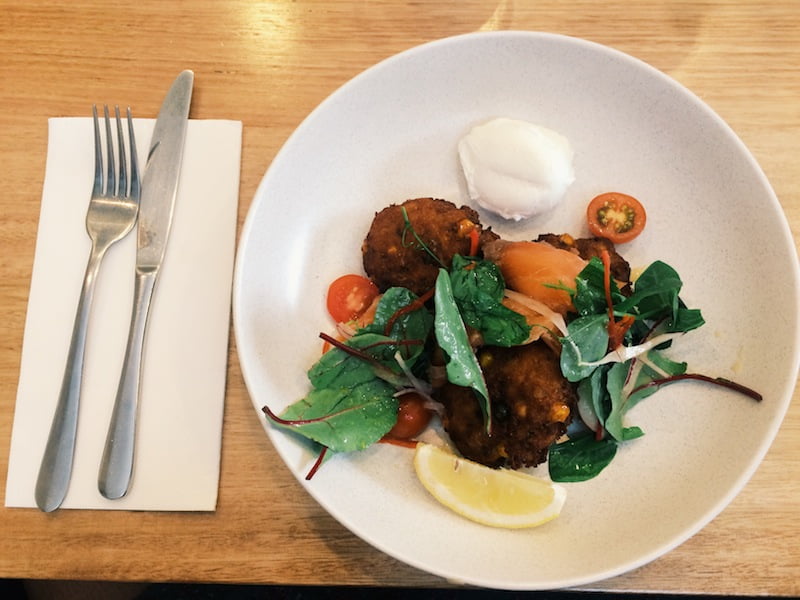 The potato fritters tick all the right boxes, steering clear from being overly oily and with an exemplar potato to batter ratio. The chilli lime salsa imbued the dish adds a much appreciated zing.
Service is friendly and accommodating, with both my friend and I having to request slightly altered versions of our dishes due to pesky food intolerances.
Although we could have stoped there, we decide we have  just enough space to share the ricotta doughnuts with cocoa custard and vanilla bean ice cream. Having had only one of the three doughnuts on offer, I have deep admiration for anyone who can tackle this dish by themselves. The fluffy doughnuts are heavenly when paired with the richness of the cocoa and caramel sauce, but it is a sugar hit of epic proportions. 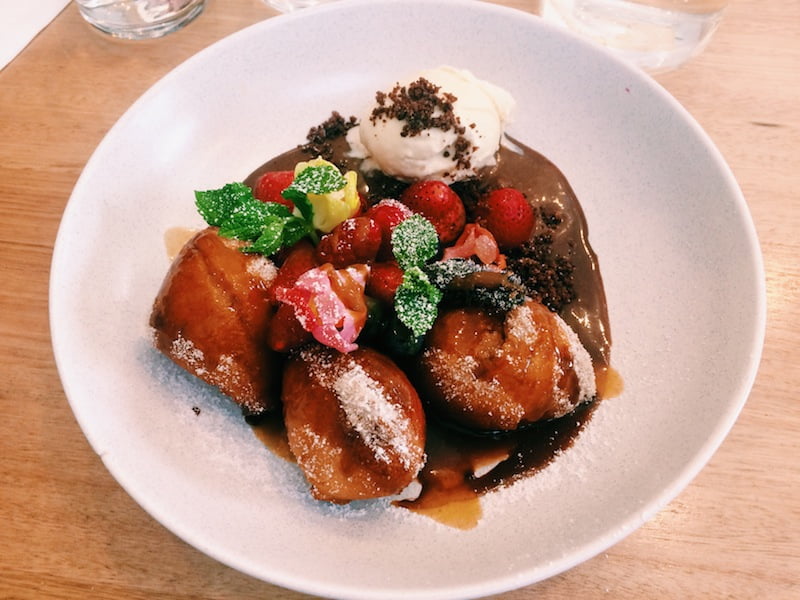 Dumbo is a serious contender for serving up the best brunch I’ve had this year, and though it may be a mere minnow against the heavy hitters up north and down south, its diverse and carefully crafted menu warrants a visit, even if you’re not from WeFo, as West Footscray is known by these days.
Dumbo
11 Argyle Street, West Footscray
Monday–Friday 7.30am to 3.30pm
Saturday–Sunday 8am to 3pm
www.dumbomelbourne.com.au/