Hidden in a basement at the end of the appropriately named Singers Lane is Bird’s Basement, a little slice of New York’s jazz scene here in the heart of Melbourne.
Step inside the warm, dark club and the first thing you’ll notice are the smoky mirrored ceilings and a city skyline cut across the black walls in blue neon lighting. It could be Melbourne’s skyline; it could be New York’s, either way this place looks the part exactly- it’s intimate, dark and ready to make magic to happen.
While Bird’s Basement is the new kid in Melbourne town, it’s history dates back to the 1950s when Birdland New York was Charlie ‘Bird’ Parker’s resident jazz club, a landmark venue where all the big names in jazz played. Birdland reopened in 1986 after closing its doors for almost 30 years earlier, and Bird’s Basement is the first of it’s international ventures outside of the US.
I’m shown to my table where my party, who arrived earlier, are already sipping Prosecco. 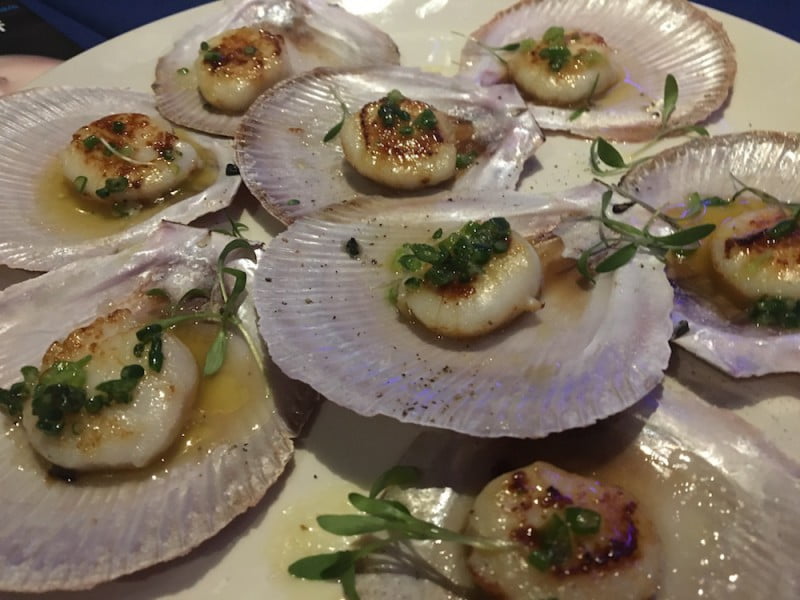 The menu is an impressive offering from new Head Chef Joshua Charles who has come straight from London after his role as head chef at Selfridges where he’d been for a of number of years. He joined Bird’s Basement earlier in 2016 and revamped the menu, creating familiar European dishes with fresh new flavours.
With five of the seven starters [$15-$22] coming out of the ocean, it’s a tough choice for me as a devout fish and seafood lover. Luckily for me, my friend is willing to share her fish dish in exchange for some of my scallops.
Served in their shell, the scallops a la plancha were juicy buttons of delicate white meat, cooked to perfection and drizzled in samphire butter – samphire being a type of parsley that grows by the sea.
The snapper ceviche was a fresh medley of the fish with soft avocado and a squirt of lime. Spiced plantain crisps made a good plate mate and complimented the texture and slightly sweet flavour of the snapper. 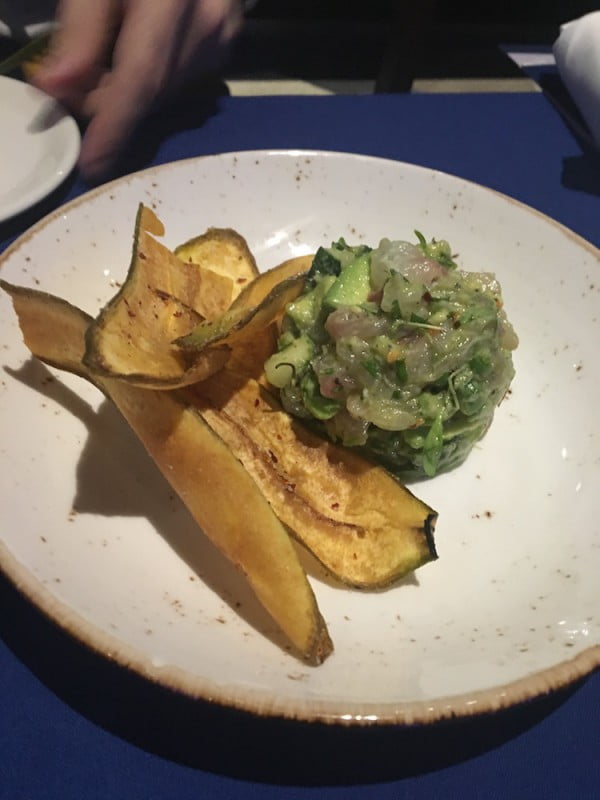 If fish and seafood doesn’t tempt you, there is also an eye fillet steak tartare studded with capers and topped with a perfect orange egg yolk or a smooth pumpkin soup with crème fraiche.
I sit back and enjoy a glass of Red Hill Estate Pinot Noir from the Mornington Peninsula and watch the band play their first set.
Under a blue haze of bright lights, The Nicholas Payton Trio begin playing as we digest the first course. Grammy nominated Singer Jane Monheit, a sultry songbird with a sweet, smooth voice joins them. Bird’s Basement is their first Australian show.
In between songs, Monheit tells us stories about where they’ve played, the artists that have influenced them and how they developed other artists’ songs into their own arrangements. Looking on as the band create music together is the best kind of people watching. 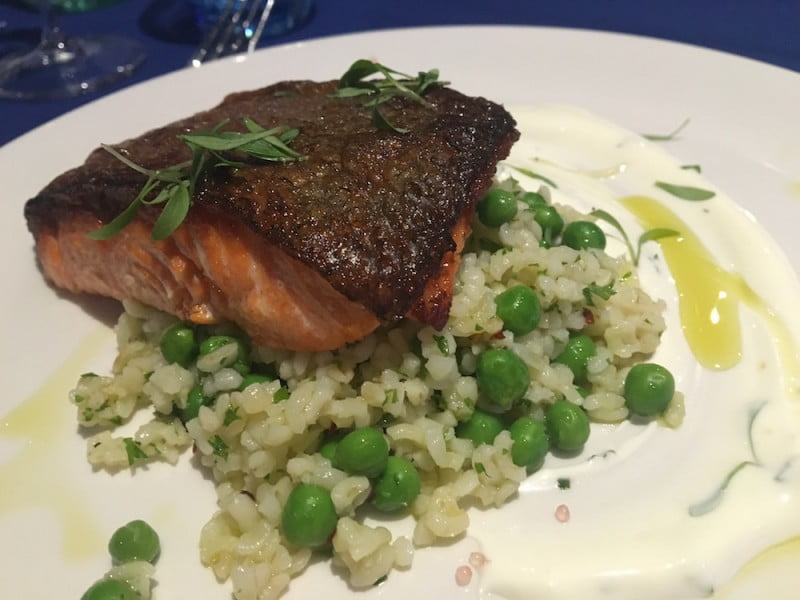 Between sets, the main course is served. While the fruits of the sea rule the first course, it’s meat dishes that reigns supreme in the mains [$24-$49].
Classic 70s French favourite coq au vin features alongside fresh egg tagliatelle with lamb ragu or a serving of oriental beef short rib. For vegetarians there’s a roasted squash salad with walnuts and goats cheese or a wild mushroom risotto.
I opt for the harissa sea trout with lime caviar, bulgar wheat and yoghurt. Crispy seared skin is wrapped around the gently cooked, soft pink trout meat that melts in the mouth. Together with the bulgar, yoghurt and a slick of extra virgin olive oil, the flavours and textures work in harmony, just like the band as they fill the air with their second set.
In the midst of the band’s Ella Fitzgerald number, dessert arrives [$16]. The delicate sugary crunch of the crème brulee gives way to a custard that on this occasion was unfortunately runnier than expected, but the vanilla taste and burnt caramel topping was delicious all the same. 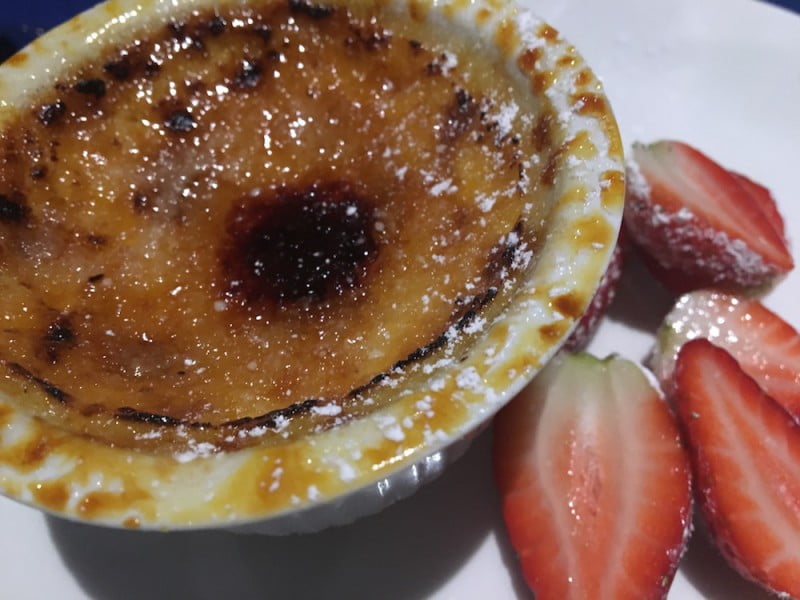 The standout dish of the night was the chocolate and hazelnut semifreddo which was as velvety smooth and rich as Jane Monheit’s voice. So much so that we ordered a second serving!
It’s hard to say if we’re here for the music or the food as quality is in abundance at Bird’s Basement: It’s sprinkled liberally over the food and performance in equal measure.
To make way for music in between courses and sips of wine lends a slower pace to the meal than usual, offering up a wholly exciting dining experience. 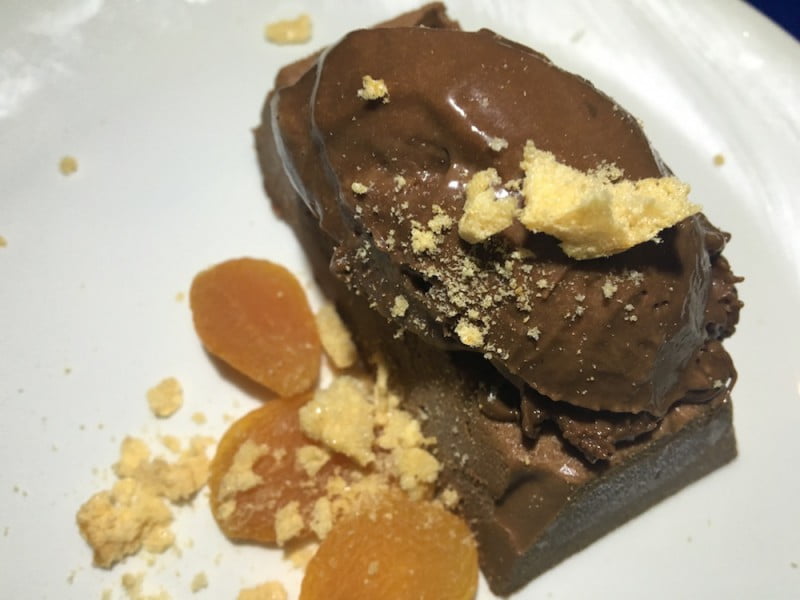 With two performances a night at Bird’s Basement you can opt for an early dinner or a late supper show.
Tickets to the show are sold separately to dinner, so if you’re not in the mood for food you can enjoy the show with no strings attached.
There’s a respectable cocktail list that you can work your way through at the bar. The Bird’s Sazerac looks like a good choice to sip on as the music takes over this little corner of New York jazz.
Birds Basement
11 Singers Ln, Melbourne
Mon – Sun 6pm ‘til late
www.birdsbasement.com