South Yarra has no shortage of fitspo, ‘clean eating’ spots but BEN’s Supernatural Fast Food is certifiably healthy in a way not many ostensibly wholesome places are. With a swanky acronym that stands for ‘balance’, ‘energy’, ‘nutrition’ and ‘sustenance’ and a menu backed by nutritionists and data, BEN’s is frequented by the patrons you’d expect – activewear-clad office worker bees straight out of the gym, students without the time nor the inclination to cook for themselves, and people simply taken by the menu.
It’s an extensive one, so much so we spent several minutes poring over its contents. Breakfast is only served until midday but the lunch and dinner menu is split between burgers, wraps, pizzas, salads, smoothies and drinks. Apart from the archetypal gluten-free option, there’s also a low-carb option and an organic stoneground flour option for the burgers, wraps and pizzas. 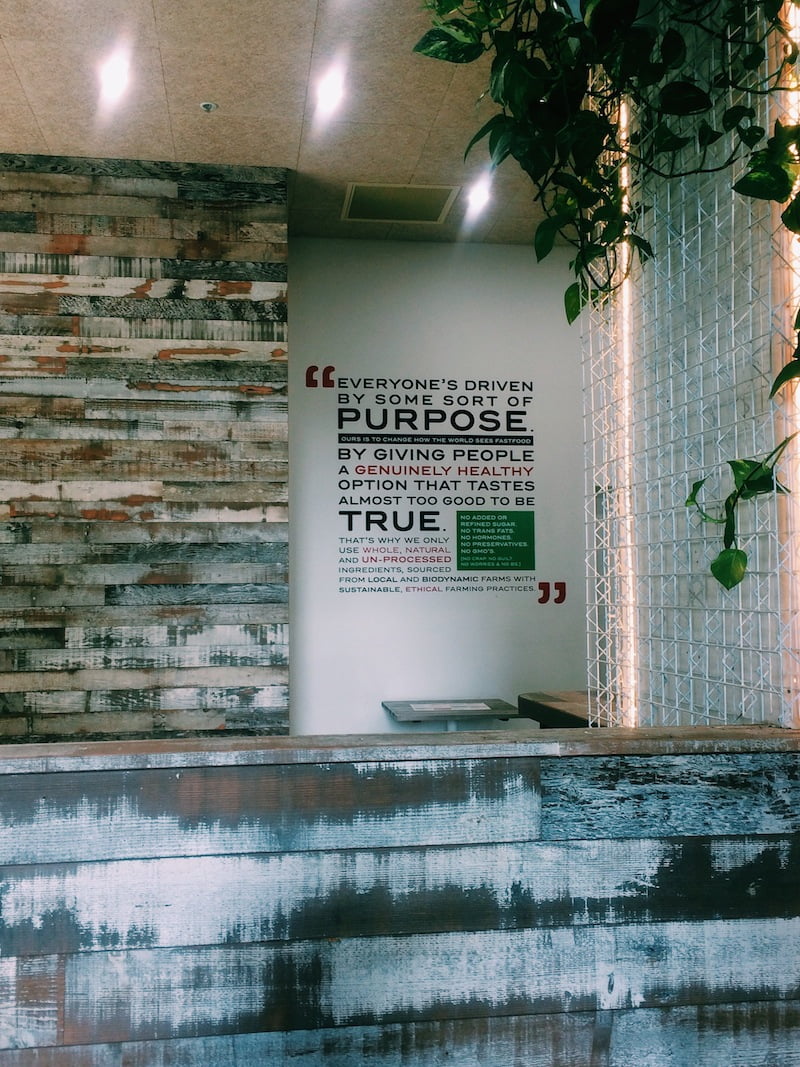 The healthy menu is accompanied by a space filled with plenty of natural light, words of affirmation emblazoned on to the wall and an abundance of foliage so you don’t feel out of place drinking your ‘ginger ninja’ smoothie in its confines. 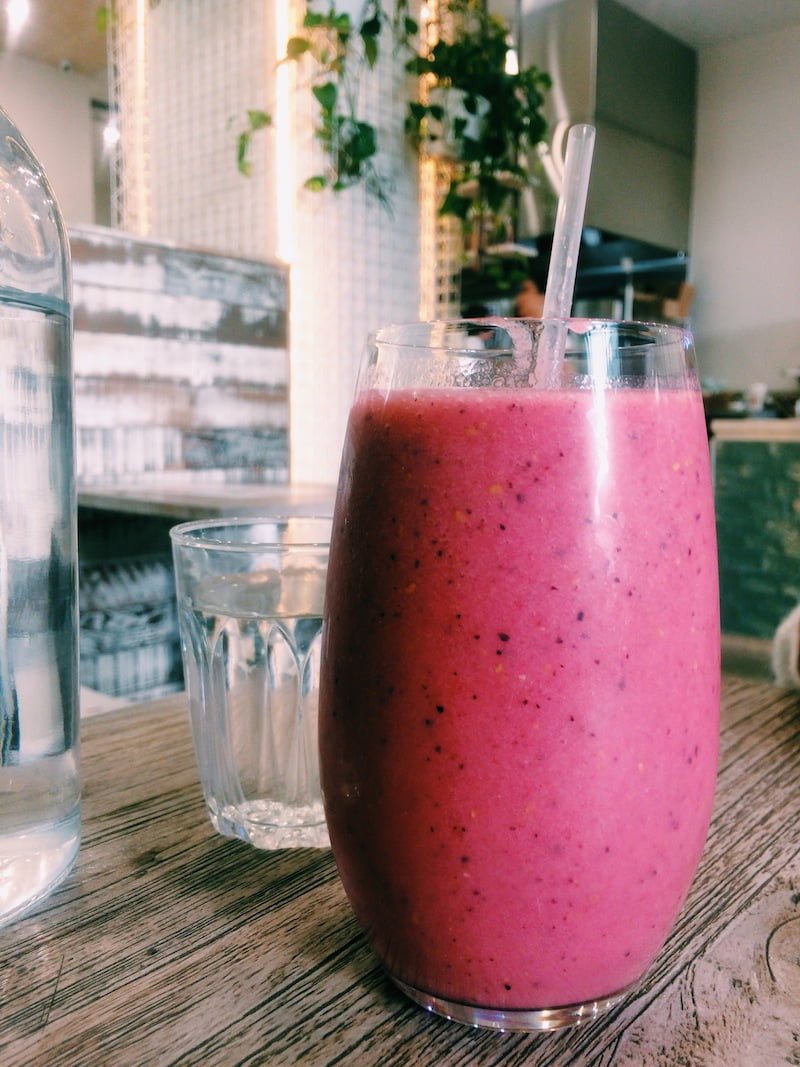 The smoothies are akin to meals in and of themselves. I try the crowd favourite ‘Peanut Butter Dream’, which interestingly lists a vegan whey protein as an ingredient. The combination of almond milk, banana, peanut butter and dates culminates in a smooth texture and intense flavours – I finish this in a few quick minutes but it makes its presence felt in my stomach after I find myself unable to eat much else. 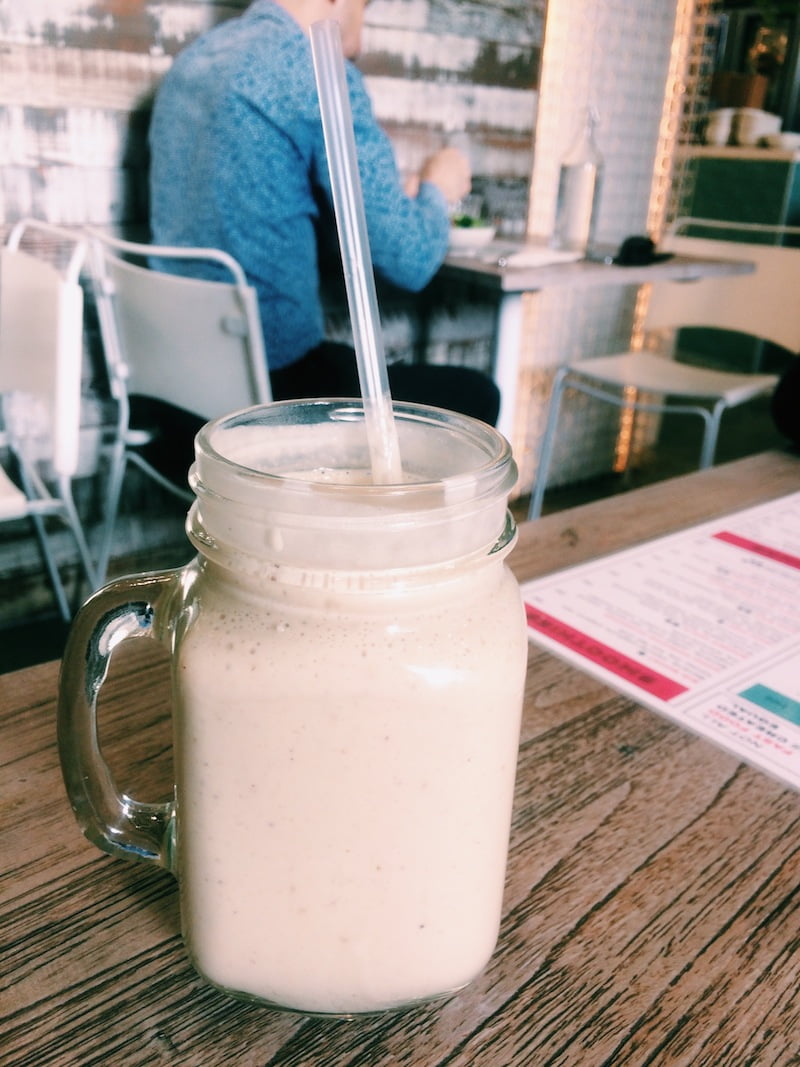 But I persevere. I go for the gluten-free grilled tempeh and avocado wrap and true to its moniker, the food at BEN’s arrives a quick ten minutes after you order at the counter. The teriyaki-marinated tempeh yields an explosion of flavour every time I bite into it and the lightness of the wrap is accentuated by the abundance of greenery in the wrap – spinach, pea shoot tendrils and avocado feature heavily. 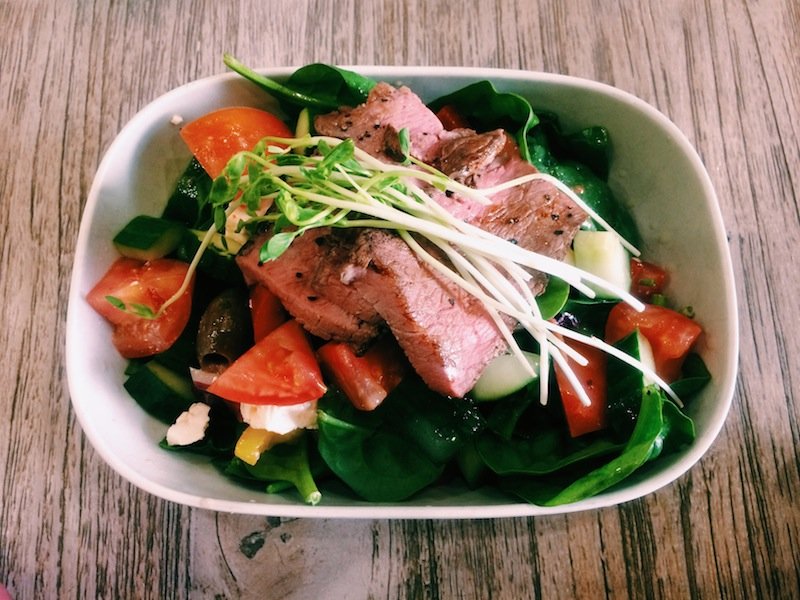 Salads involve you having to pick either a carb (grains, crispy noodles, pearl cous cous among them) with a choice of protein – the grilled teriyaki tempeh makes an appearance here too to carry the banner for vegetarians. We order the Greek salad with grilled beef steak. The steak is fresh, thinly seared and pink on the inside – it’s juicy and well worth the relatively affordable $5 price tag – while the spinach, tomato and olives so quintessential to a Greek salad are elevated in this humble yet satisfying combination of ingredients.
It’s not a meal out without a side of chips, even if the options at BEN’s are a touch more virtuous than we’re used to. All the fries are baked and so we go for the sweet potato fries. They’re charred to a nice deep brown with burnt bits on the end and they go down a treat after our comparatively small main servings.
The prices at BEN’s are an anomaly in the well-heeled South Yarra – wraps are a flat $10 while burgers range from $12 to $17, with the most expensive boasting a market fish burger. Pizzas don’t exceed $13.
BEN’s is a tasty romp through a feast of oven baked shoestring fries, nitrate-free bacon, artichoke tartare and kale pesto. There is nothing without nutritional value on the menu, but that doesn’t mean taste nor flavour is forsaken.
BEN’s Supernatural Fast Food
670 Chapel Street South Yarra
Monday­–Sunday 7.30am-10pm
http://benssupernatural.com