Annam and European Cheese Collaborate for One Exclusive Month

Celebrated Chef Jerry Mai (owner of Pho Nom and new in 2019, Bia Hoi) has challenged our senses with an exclusive dish that sees Vietnamese cuisine and French cheese collide.

The collaboration is part of a campaign with the French Dairy Board (CNIEL) to show that cheese can be used ‘Anywhere, Anytime and Anyhow’, and Mai displays just that with her rendition of French onion soup.

“I’ve created my version of French onion soup. It has a pho base served with banh mi that I have topped with brie. My touch of fire is using a blow torch to melt the brie,” said Jerry Mai. 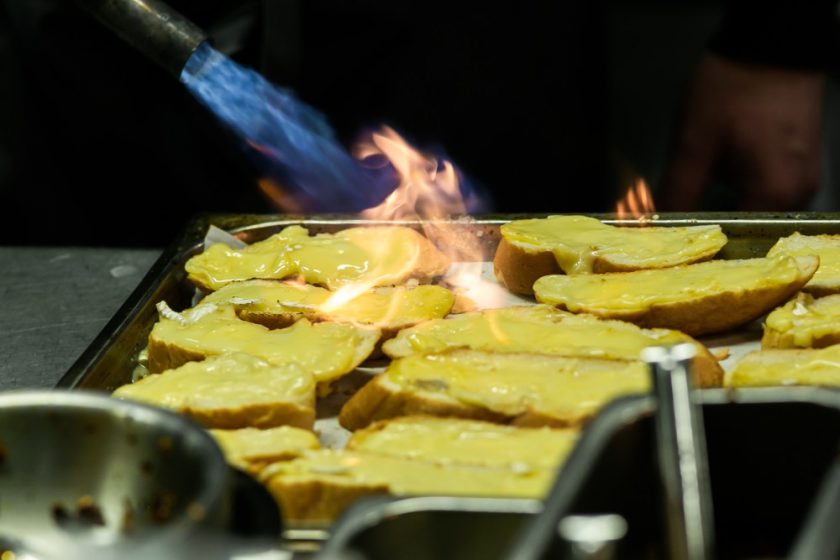 French cheese may not have been a household staple for Mai growing up, however with the countries’ shared history the French made their impact and Mai has successfully woven pho into a French classic, proving that the European cheese we know and love can be incorporated into almost any dish, and taste delicious.

As part of the collaboration, Mai put together a four-course dinner matching a different cheese to each dish. 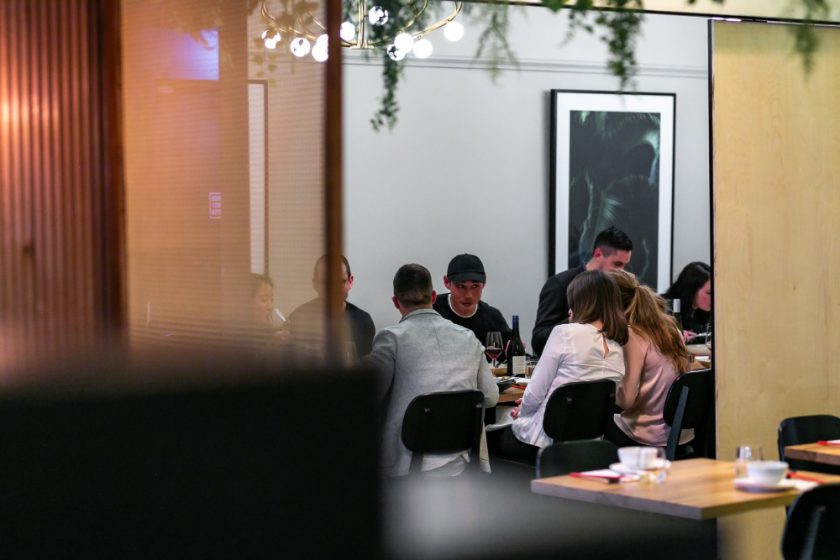 The starter sees Vietnamese classic pork floss atop an open grilled rice paper roll with egg and grated Beaufort D’Alpage. If you haven’t had pork floss make sure you seek it out. It’s a Vietnamese staple and our diners around the table shared how growing up they’d have it on top of rice to add flavour. Lifting the dish is a fresh 2018 Mornington Peninsula Pinot Gris by the team at Ocean Eight, who do small batch wines and are nestled by T’Gallant. 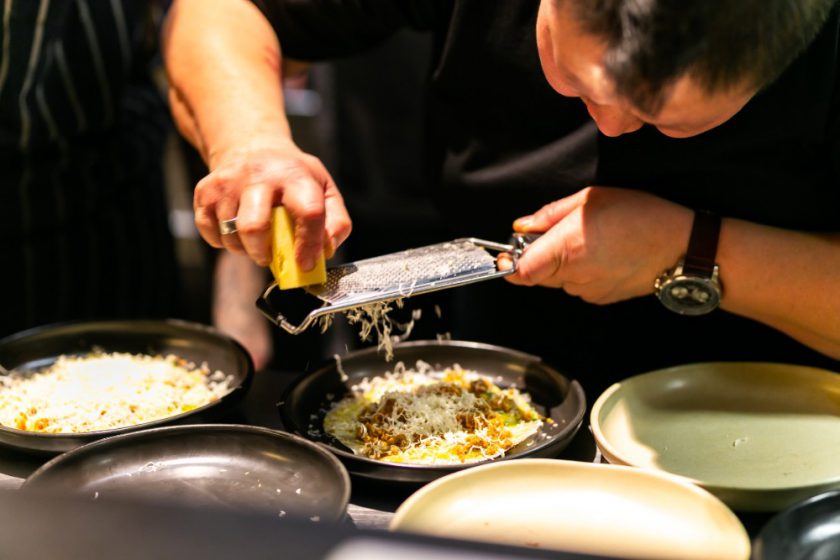 Our entrée is the pho-based French onion soup paired with Brie de Nangis. The cheese is melted with a blow torch on top of banh mi, holding its rich flavours. Our wine match is a gutsy German Riesling, the 2017 Vollenweider ‘Felsenfest’ from Trocken, Mosel. 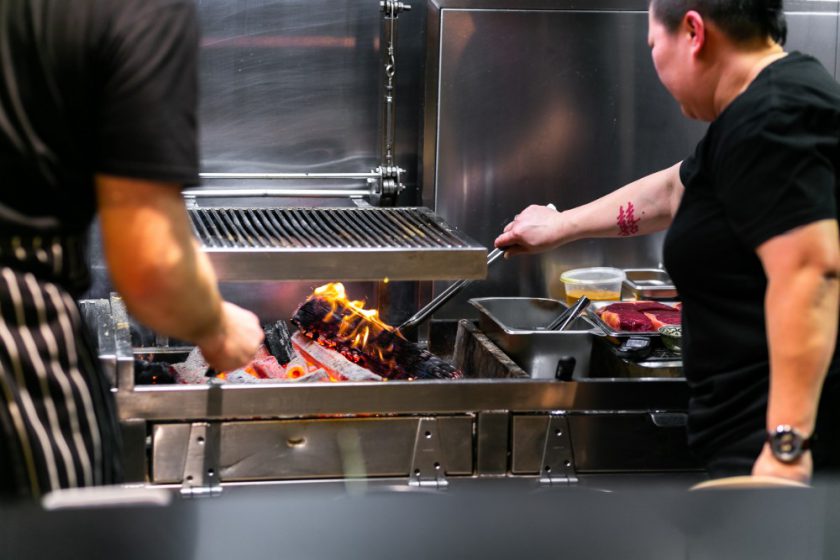 As each dish is served, we hear from Mai on her thoughts behind building each dish and our resident cheese expert for the evening on the cheese pairing.

Not wanting to overpower the dish, our complementing wine is a 2016 Featherston Nebbiolo from the Pyrenees, Victoria. 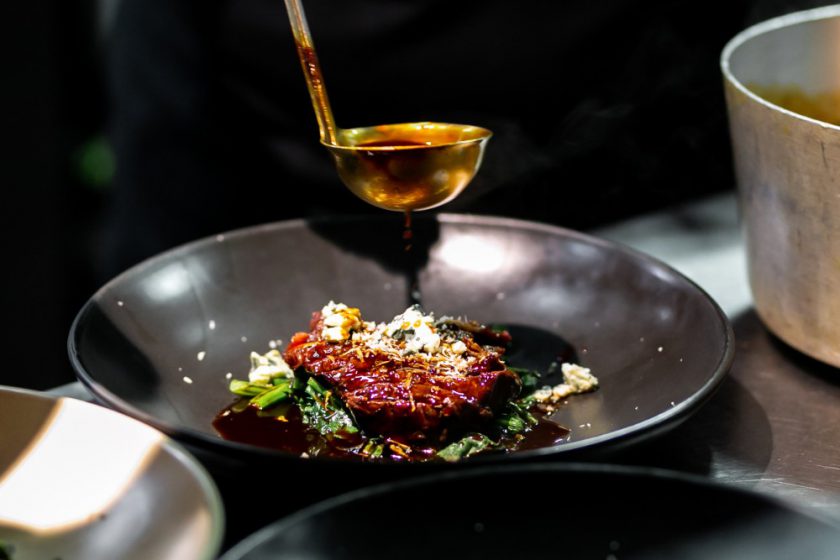 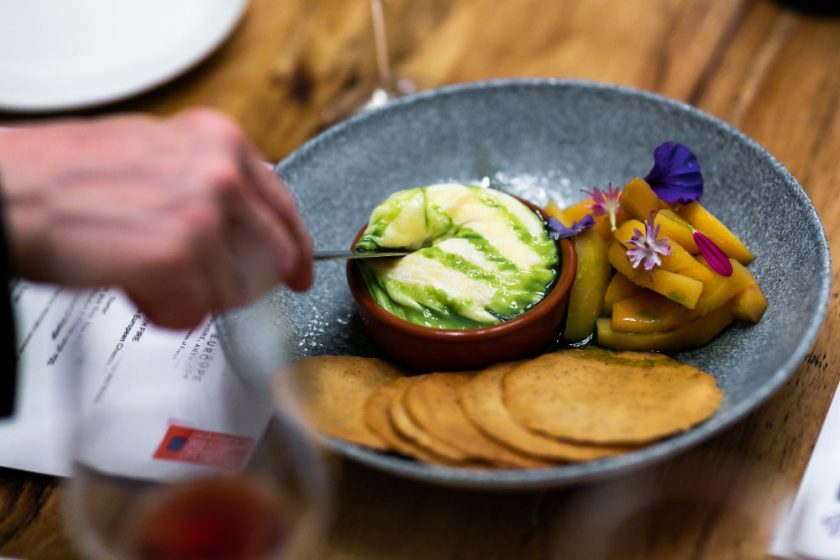 One of Mai’s goals was to confuse the senses, second-guessing what you taste versus what think you should taste. She succeeds exceptionally with this pho-based French onion soup.

Mai’s French onion soup is available at Annam for one month only until 10th October 2019. Make sure you stop by the restaurant, it has a fantastic neighbourhood vibe, you’ll be there for hours without realising it. 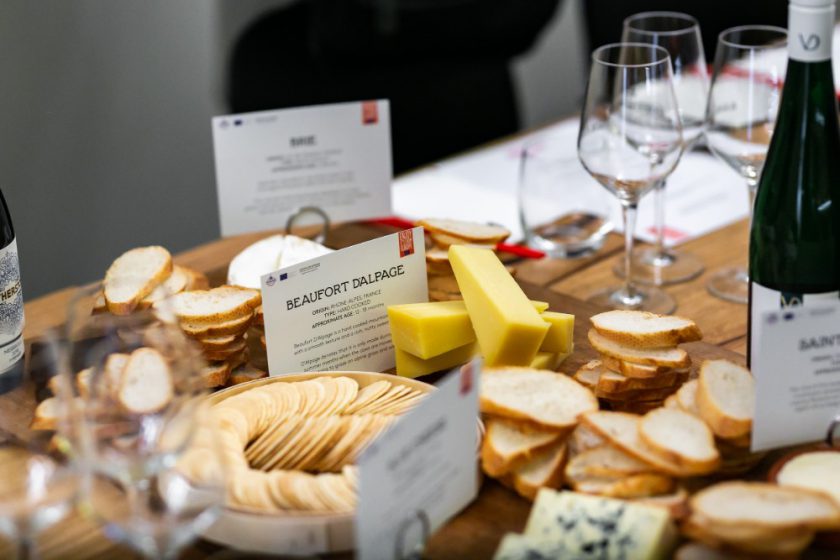