I did not become a vegetarian for my health, I did it for the health of the chickens – Isaac Bashevis Singer

By my calculations global chicken populations have increased by 632% in the week I was a vegan. I am a saint.

Meat Free Week is a global campaign to get us thinking about how much meat we eat. It’s about asking important questions regarding the impact meat consumption has on your health, animals and the environment. In my case, a guy with Greek heritage who’s eaten meat almost every day of his life, it’s often a matter of don’t think, just eat.

I realised I couldn’t remember a single day in my life when I hadn’t consumed meat. It was a pretty weird and confronting realisation and forced me to do some internal reflection. I decided to accept the challenge. I was going to go a whole week without meat and help save some animals. To add to the fun of the whole ordeal I decided to impose some strict conditions and embark on a week of full blown Veganism. Here’s how I went…

For one whole week I would not to consume any animal product. This included anything that “may contain traces of animal product”.  Did you know wasabi peas fall into that category? I mean, how?

Finding places that sold vegan friendly food was a big challenge. I quickly realised that making my own meals was going to be the trick to survival. I made sure I prepared breakfast and lunch at home so that I had full control and wouldn’t go hungry.

My usual breakfast was pretty easy to tweak- some simple avocado with lime on vegan friendly bread. All I had to do was hold off on the poached eggs that I usually put on top.

Going into the week I prepared a massive pot of vegan pasta. The sauce included fried mushrooms, red kidney beans, onion, garlic, oregano, fresh basil and baby spinach. I pretty much ate this seven days in row. It was pretty tasty, but I would have killed to add some spicy chorizo and cheese. 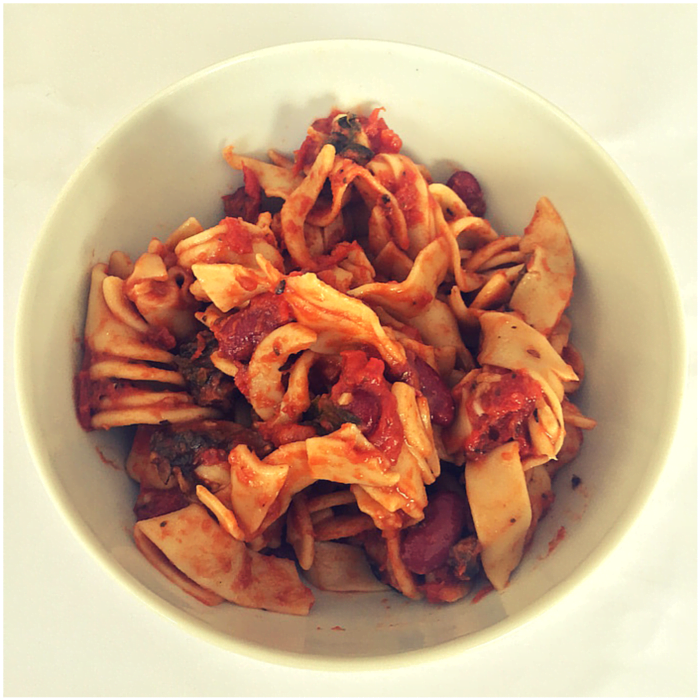 Dinner is when it started getting hard. I didn’t want to be the guy that dictates where everyone is going and eating because of my voluntary decision. Because of this I found it hard to find meals that suited the vegan way of life. Pubs are an absolute nightmare, two seperate pubs I went to during the week could only offer me chips and wedges. I had to ignore the fact that they had probably been cooked in the same oil used for meat- I was so hungry! Is that cheating? 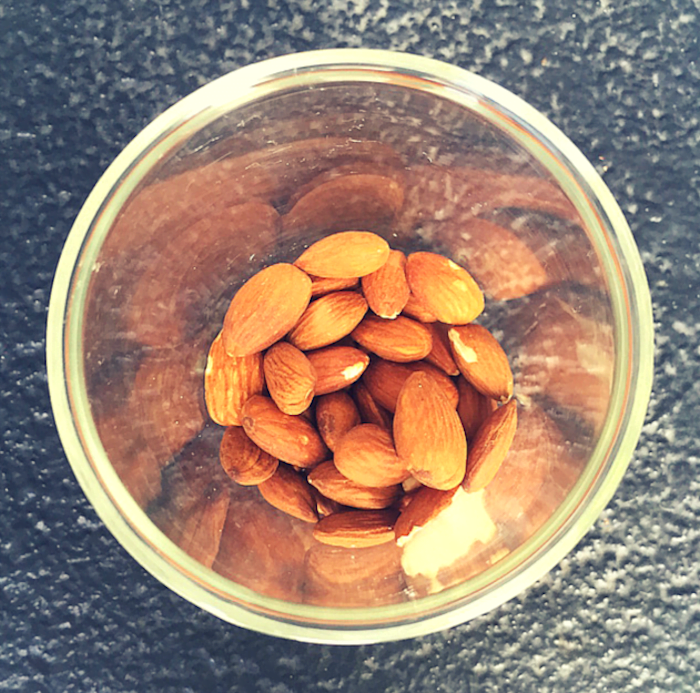 My snacks are generally pretty vegan friendly anyway and include lots of nuts, seeds and fruits so this wasn’t too hard. However, my intake of almonds drastically increased. I was trying to get my daily dosage of protein but may have over done it. As the week went on I started feeling ‘weaker’ and my almond intake got a little weird. What started as a small hand-full of almonds escalated into a small bucket of almonds every hour on the hour. I can’t look at almonds again for at least a month. 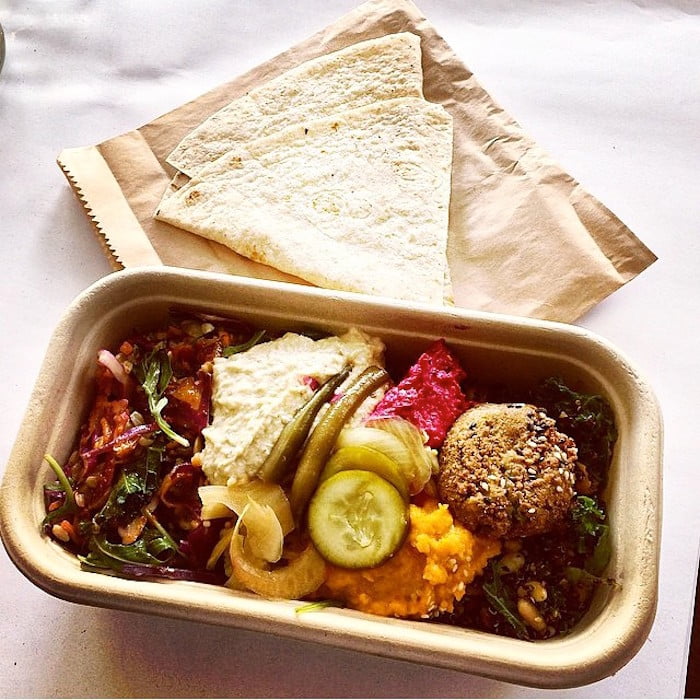 Our office is full of pranksters who were delighted at the thought of picking on me during the week. One major low point was when the boss brought in beef jerky from Victor Churchill (my favourite)! I could have cried as I sat there eating more bland vegan pasta for the fourth day in a row. Muffins, thai beef salad and soft cheese seemed to magically present itself far more than usual during my vegan week. Savages!

Another low point was one night after I got home from a long day at work followed by a gym session. I hadn’t thought about what I was going to eat and as a result was left with the option of pasta or fruit. I’d already eaten a fair amount of pasta that day and I didn’t want any more processed grain so I ate three apples and went to bed. Joy. 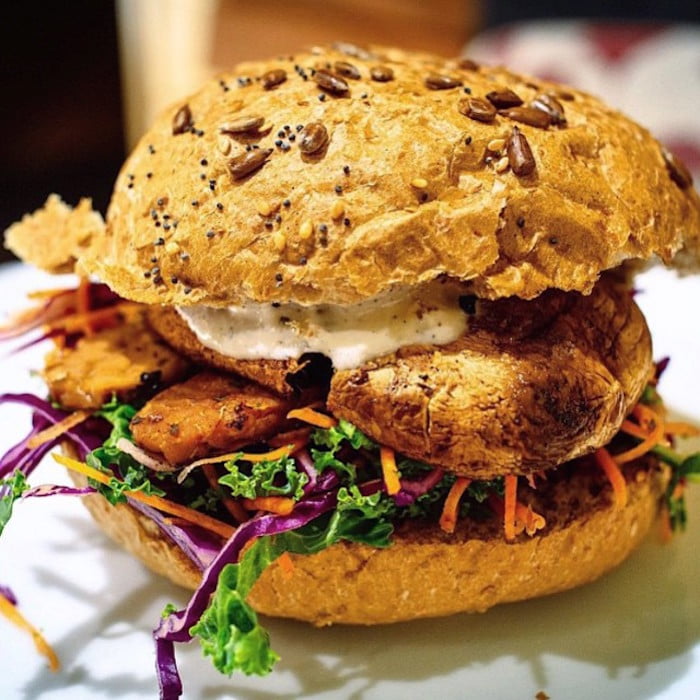 A vegan mushroom burger from The Veggie Patch in Paddington was my first really good meal of the week. The burger was good by any standards, edible even for the most carnivorous members of society.

If I learnt anything from the experience it’s that I need to be more conscious of the food decisions I make. And also it’s really bloody hard to be a vegan. You need a lot of time to prepare meals and know where to “hunt” for food.

Would I do it again?

Ask me in a year but right now it’s a solid no.

While I did fall short of my fundraising goal of $500 I feel good about having had a crack. I also have a story to tell my future grand children about the time I saved hundreds of chickens in one week.