We are in love with this 3D Projection Mapping with Miniature chefs!

You may be familiar with 3D projection mapping if you’ve seen the annual Vivid installations around Sydney, but you need to check out Le Petit Chef.

Designed by SkullMapping, Le Petit Chef is a 3D projection mapping experience. Run by two French lads, the comedic concept is that a miniature chef is projected onto your dinner table, and cooks a meal right before your eyes. They make several courses including a one where they project your plate to look like a grill to cook your steak. 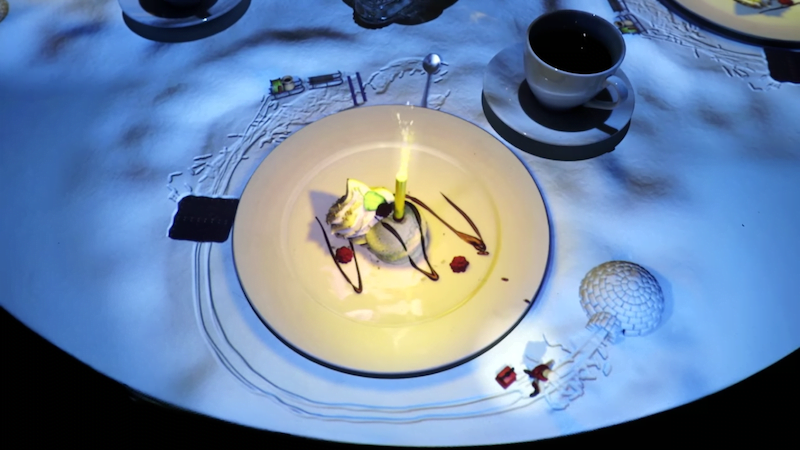 Another has a chef crawling out of an igloo to create a sparkling ice cream dessert. The third, and a personal favourite converts the whole table into a turquoise ocean. This time, a miniature chef is riding around on a jet ski to create a classic French bouillabaisse right in front of you. 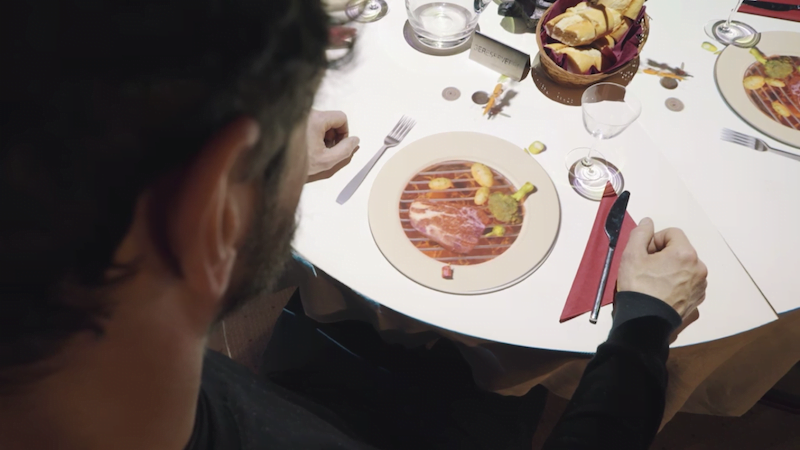 Now the concept of 3D mapping might seem complicated, but in theory, it’s quite simple. Essentially a 2D animated image is projected onto an object. That object could be a building, natural landscape, or in the case of Le Petit Chef, a dining table.

The trick is to make sure that the projection lines up perfectly with the features of the object. The image needs to wrap and blend onto what the image is being projected onto. This allows for the 3D visual to really come alive. 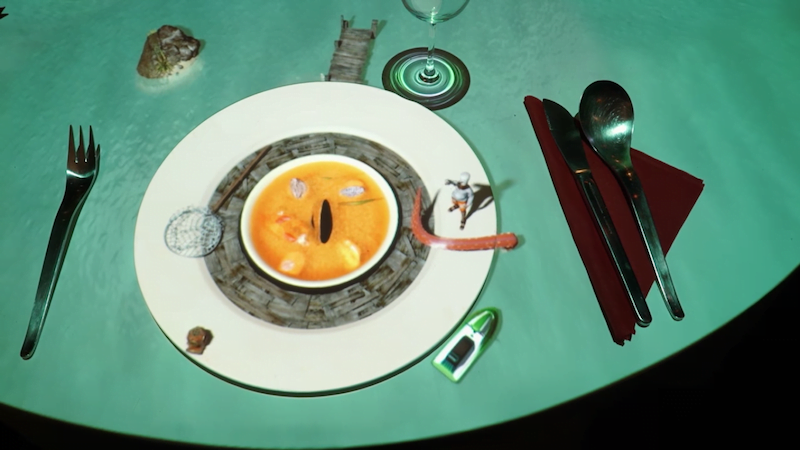 With Le Petit Chef, it’s important for the animation to line up with not only the table, but also the plates and other features too. Obviously the labour to produce such a performance takes a lot of skill and time. There’s also a tone of 3D mapping software available that will pair the animation to the surfaces of the object for you.

Want to try host your own animated dinner party?

We’ve done a bit of research and Sydney-based agency, The Electric Canvas specialises in large scale, digital projection. There’s also Evolved Group from Melbourne who specialise in 3D visualisations and projection mapping. They recently did a 3D projection onto a VIP dinner for Mercedes-Benz Fashion Week in Sydney. Each diner had their own personalised visualisation from their seat, which transformed throughout the evening.