Where to wine and dine during Vivid 2019

We’ve scoped out the best spots for dinner, drinks and a show this year during Vivid 2019.

Since its inception eleven years ago, punters have travelled far and wide to witness the transformation of Sydney’s most iconic structures during Vivid. Just when you thought this iconic lights festival had reached its creative peak, the 2019 agenda looks set to astound us all. With the festivities almost upon us, here are the restaurants and bars you should be checking out this year. 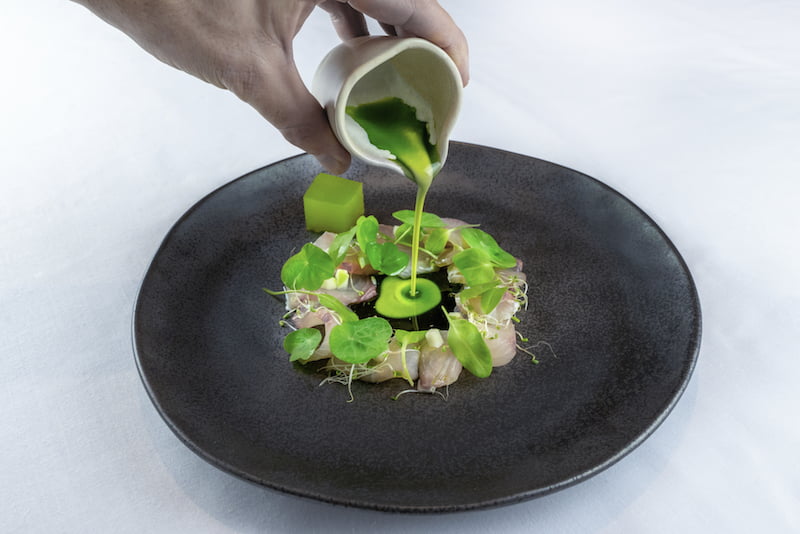 Enter a world of colourful gastronomy at Four Season’s stunning in-hotel restaurant, Mode Kitchen & Bar. Taking its inspiration from the RGB (red, green and blue) colours native to all imagery creation, prepare yourself for a VR and Olfactive experience, with each meal inspired by one colour, scent, sound and light. Tickets to the Chroma Dinner are $145pp. To secure yours, click here.

For the first time ever, Sofitel Darling Harbour is opening its exclusive Club Millesime to external guests for a luxe pop-up bar during Vivid. Created in partnership with Glenmorangie single malt whiskies, sip your way through a selection of 8 signature highball cocktails and a small selection of beverages. This pop-up is open Thursday to Saturday nights from 8pm. 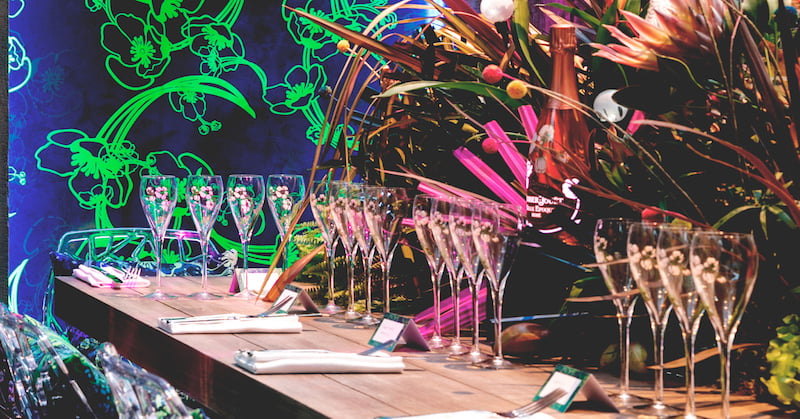 While the city gets ready to illuminate during Vivid, Barangaroo’s 12-Micron is turning off the lights for an immersive multi-sensory art and culinary experience. Teaming up with Perrier-Jouët, 12-Micron’s private dining room is set to transform into a striking light exhibition as part of a new dining-in-the-dark series. Guided by 12-Micron’s ‘sense whisperers’, your ticket includes a 6-course menu, each course paired with Perrier-Jouët Champagne. To secure your tickets, click here. 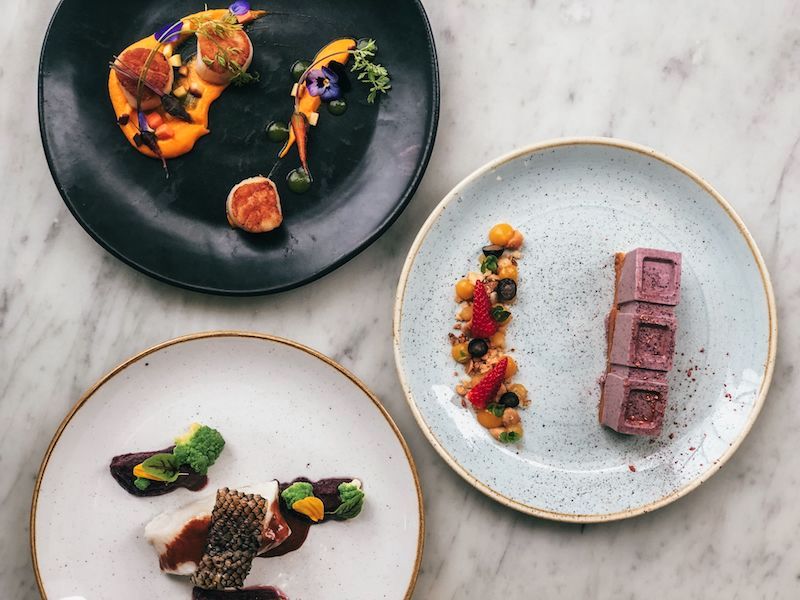 With some of the best views of Sydney Harbour and Sydney Harbour Bridge, the recently renovated Q Dining has crafted a special three-course set menu to run during Vivid. Designed by Executive Chef Brett Humphries, the modern Australian menu infuses native flavours, using sustainable, ethical and locally sourced produce. Your $89 ticket includes 3-courses and a glass of Perrier Jouet Champagne on arrival. To secure your ticket, click here. 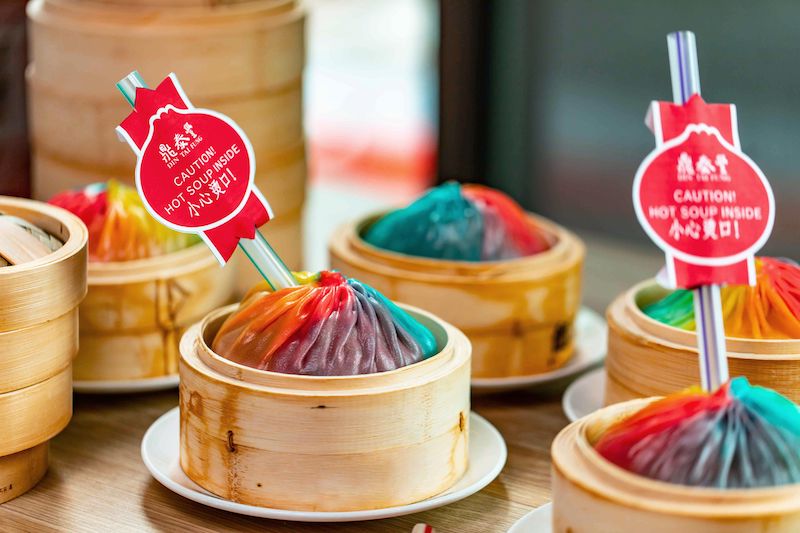 Din Tai Fung is bringing a whole lot of colour to this year’s festival with a giant rainbow dumpling. Seven times larger than the regular xiao long bao, this extravagant dumpling comes filled with seafood and pork, steaming in a rich broth, and served with a straw so you can enjoy all the juicy flavour inside. Available for $9.80, the limited edition Giant Rainbow Dumpling will be available across all Din Tai Fung venues in Sydney and Melbourne from Friday 24 May to Thursday 6 June.

Bringing a taste of the Barossa to Sydney is this latest pop-up cellar door to land at The Squire’s Landing. Coinciding with the Vivid festivities, lay witness to the illuminated harbour in all of its glory, all while sipping on some of South Australia’s top wines. Tickets are just $50 and includes a glass of sparkling on arrival, canapés and five Grant Burge wine tastings. 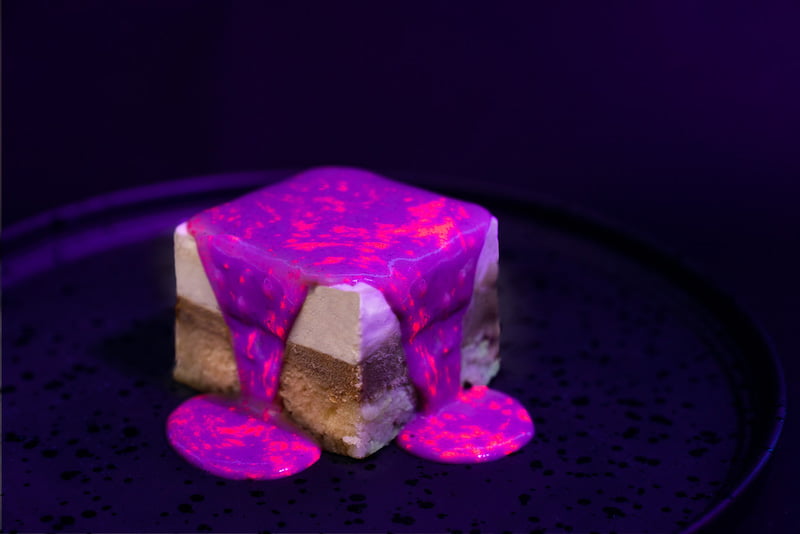 Darling Square will light up taste buds during this year’s Vivid Sydney with its very own illuminated dessert bar within a black cube installation. Open to the public from Friday 24th May to Saturday 15th June, gelato giant Messina will be fronting the experience, giving you access to special glow-in-the-dark desserts including ‘Dr Evil’s Magic Mushroom cake’ and a three-layer ‘Dulce-de-lighted’ gelato cake. You’ll also find Bubble Nini’s glowing bubble tea plus a ‘Miso Hungry’ gelato sandwich courtesy of Edition Coffee Roasters.

The Glenmore, The Rocks

Boasting arguably some of the best views of Sydney Harbour, The Glenmore is kicking off Vivid with their annual Winter Party. This year’s theme? A 70s disco winter wonderland. Expect $10 espresso martinis on tap, glow in the dark beer jugs, cool competitions and DJ SA May spinning tunes from 7pm till late. During Vivid this year, The Glenmore are also teaming up with UTS for the first ever in-venue lightshow. Feast your eyes on clips from student animations, set to be projected onto the rooftop’s sails. The Winter Party kicks off Thursday 23rd May, with the UTS light show running Thursday 23 May – Saturday 15 June 2019. 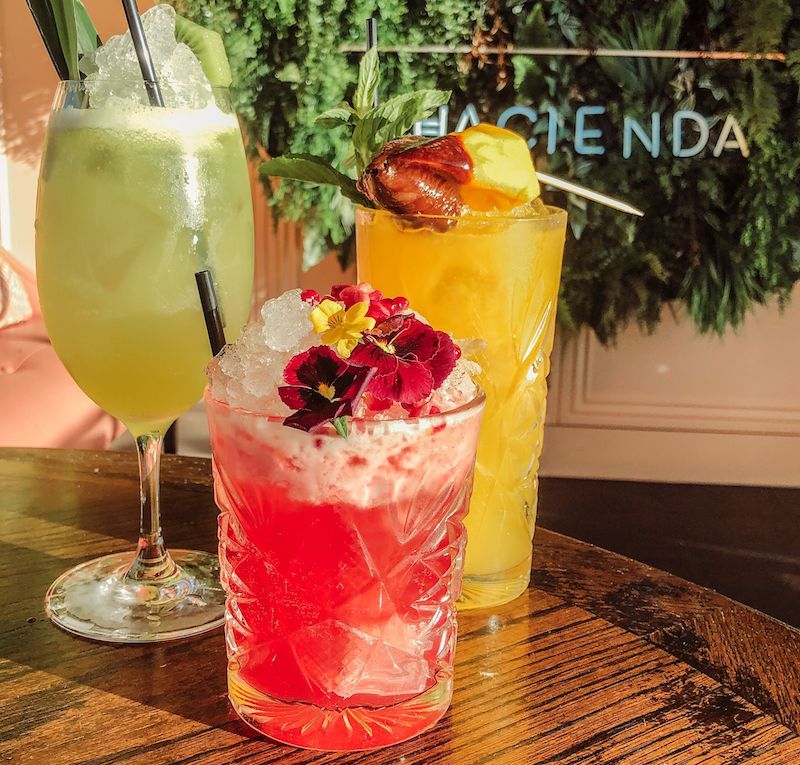 Circular Quay’s luxe Mexican restaurant and bar, Bar Patrón, is dishing up a special Vivid set menu ($35pp). You can also nab half-price, classic margaritas ($10) and complimentary chips and salsa throughout happy hour, which runs between 4pm and 6pm every day.

Taking up prize positioning down by The Rocks, Japanese fine dining restaurant, Saké Restaurant & Bar, is opening its doors earlier than usual so that you can score some of the best seats in the house during Vivid. Open from 5pm, diners can enjoy a pre-lights menu, featuring the likes of Hiramasa kingfish, prawn shumai, grilled shiokoji chicken and chocolate mousse with sesame ice cream.

German beer house Munch Brauhaus are getting their glow on during Vivid with glow-in-the-dark 1-litre steins of beer, between 5pm and 6pm every day throughout the festival. Munich’s signature schnapps shots are also getting the glow the treatment, set to be poured into LED shot glasses ($10). Vivid-goers can take advantage of a value-packed, happy hour from 4pm to 6pm, featuring $5 beer, wine and spirits and $1 wings. 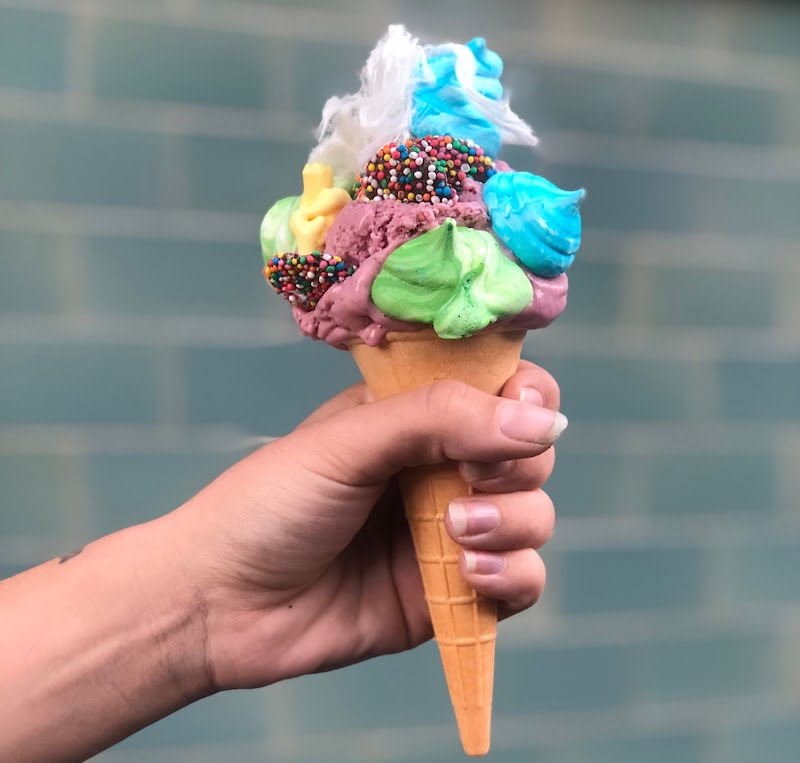 This brew and smokehouse in the heart of The Rock has your dessert hankerings sorted with a limited edition, highly ‘grammable gelato treat. The Unicone ($12) includes raspberry ice cream topped with home-made mini meringues, chantilly cream, hundreds & thousands and fairy floss and is available from 24 May – 15 June. 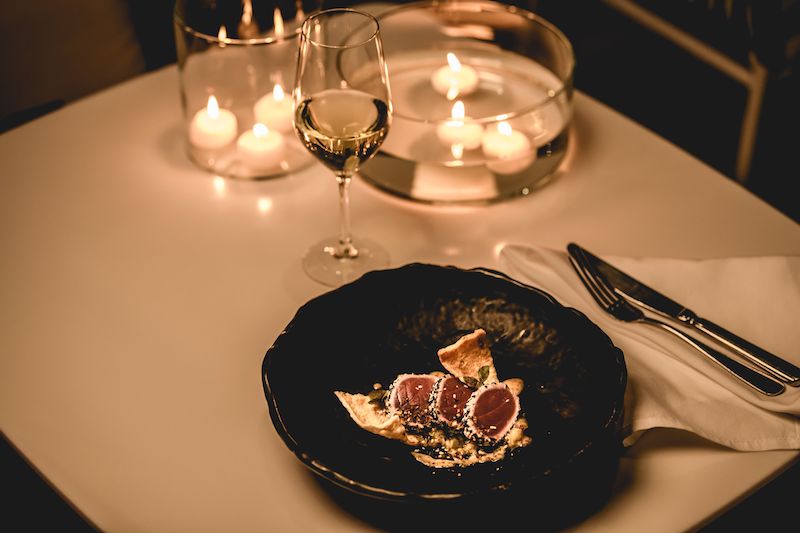 Head down to Darling Harbour during Vivid for a special sensory experience, hosted by The Ternary. While the city lights up, The Ternary will descend into darkness with customers dining by nothing more than candlelight. Available for one night only on Thursday 23rd May, feast on a special six-course degustation paired with matching wines. Tickets are $169pp and can be purchased here.