The Pullman Quay Grand Sydney Harbour recently underwent a full refurbishment, breathing new life into its Harbourside restaurant, Q Dining. Taking inspiration from its unique vantage point between the Botanic Gardens and the striking shoreline of Sydney Harbour, the redesign captures the elegance of a five star hotel without the cliché tourist vibe.

The restaurant showcases its prime position overlooking Circular Quay with floor-to-ceiling glass windows. Cold elements such as marble table tops and grey columns are offset by the warmth of rose gold and brass that accentuate the tableware. Colours of gum leaf green and muted tones of the red desert soil have been used to pay homage to the Australian outback. 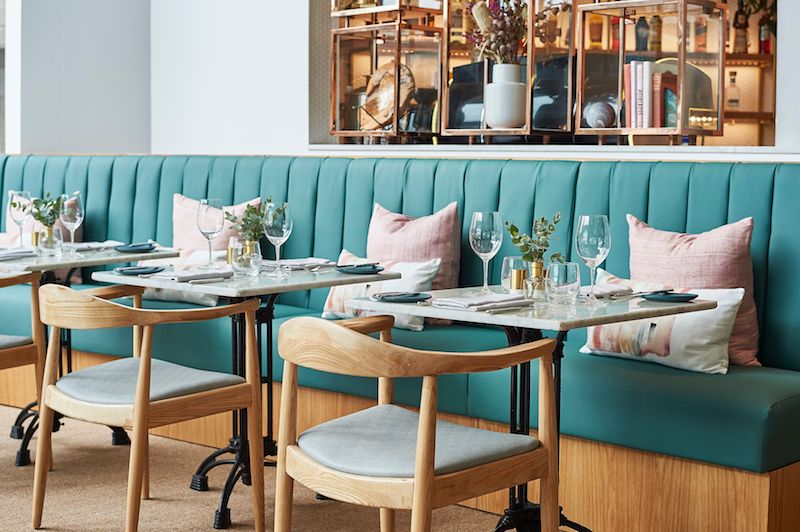 In the kitchen Executive Chef, Brett Humphries, has redesigned the menu to align with the new-look restaurant. The menu’s ethos is all about using sustainable, ethically sourced native ingredients to showcase modern Australian cuisine.

To drink, wine is Q Dining’s speciality. They have a large display fridge showcasing mostly Australian varieties. A light red wine that compliments both the seafood and gamey meat on their menu is the 2016 Tarrawarra Estate, Yarra Valley, Pinot Noir ($69). If you aren’t a wine drinker, they also have a selection of beers and ciders ($10) along with tantalising cocktails such as a Lychee Mojito ($20), which combines Paraiso Liquor, mint, lychee syrup and soda water. 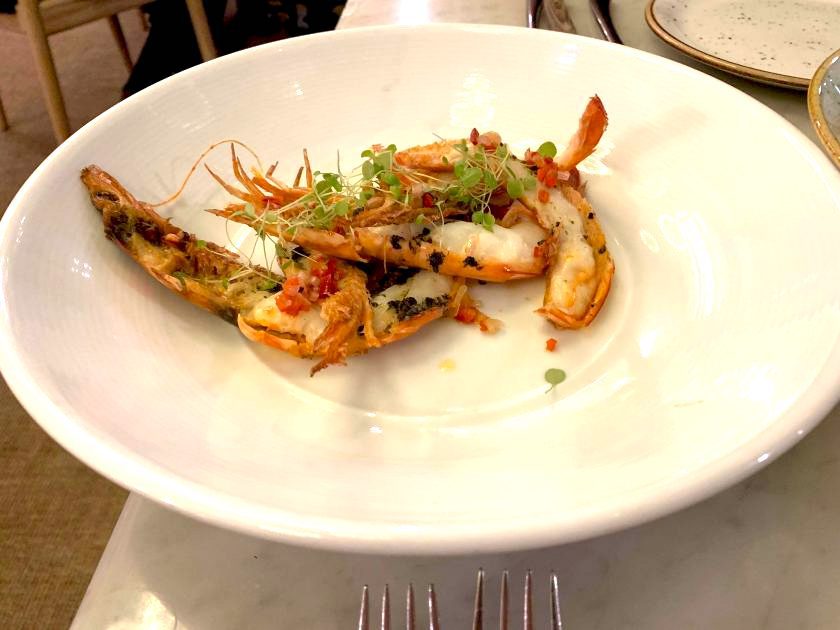 To eat, we suggest you start with their Mooloolaba King Prawns ($18), which are sprinkled with chilli and soaked in a nori butter. The big fat juicy prawns have been roasted in their shells to maximise flavour. As you bite into this dish you’ll hear a satisfying crash of a wave before your palate is washed over by the taste of salty buttery prawns. 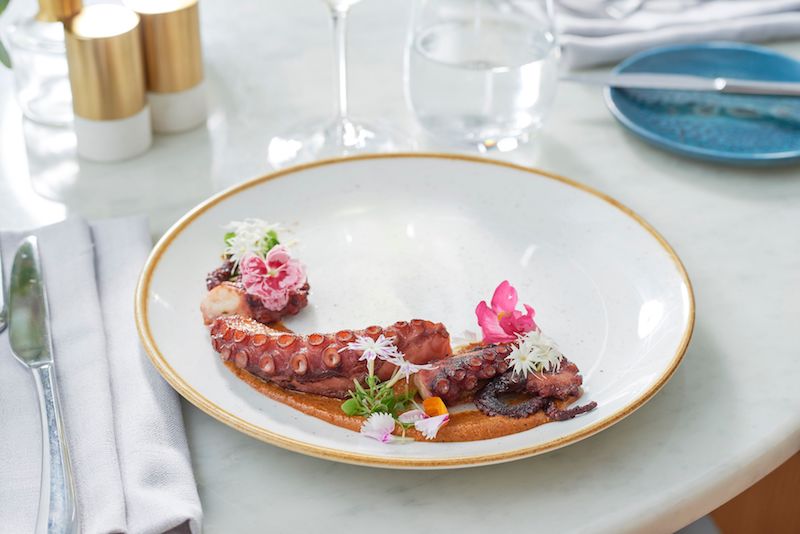 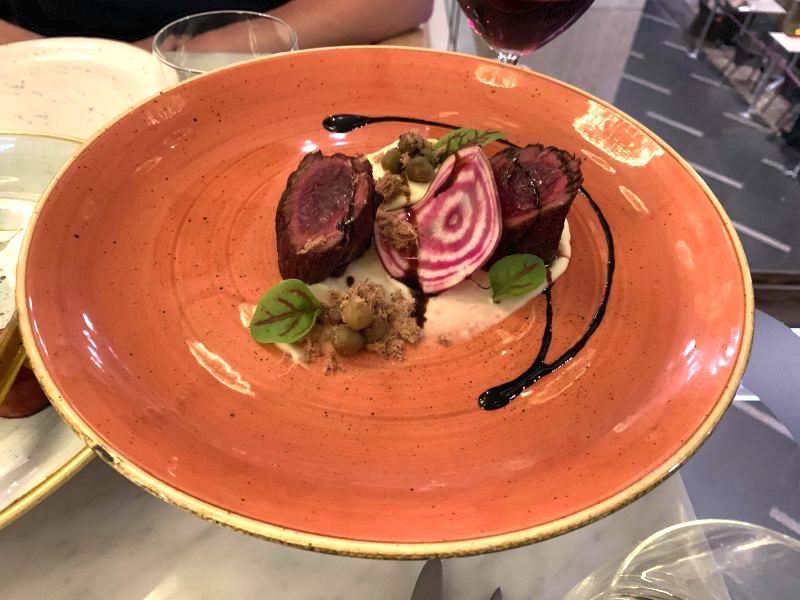 It was intriguing to try the Emu Fan Fillet ($28), which is accompanied by emu powder, candied beetroot, parsnip puree and a sticky balsamic glaze. For those who haven’t tried emu, it’s a lean gamey meat, similar in flavour to kangaroo. While there were plenty of components on the plate, unfortunately, this dish missed the mark. It felt like the rhythm of the dish was off and all elements were not singing in harmony with one another. 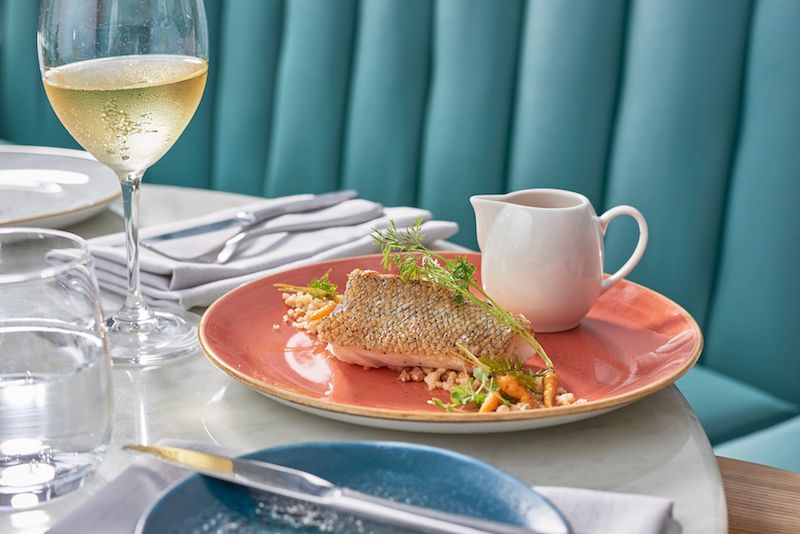 What does sing is their Patagonian Tooth Fish ($46). This delicate white fish is accompanied by saltbush leaves, sweet amuse bouche carrots, candied muntries, macadamia crumb and seafood bisque. The seafood bisque echoes the flavour of prawns and adds depth and richness to this dish. 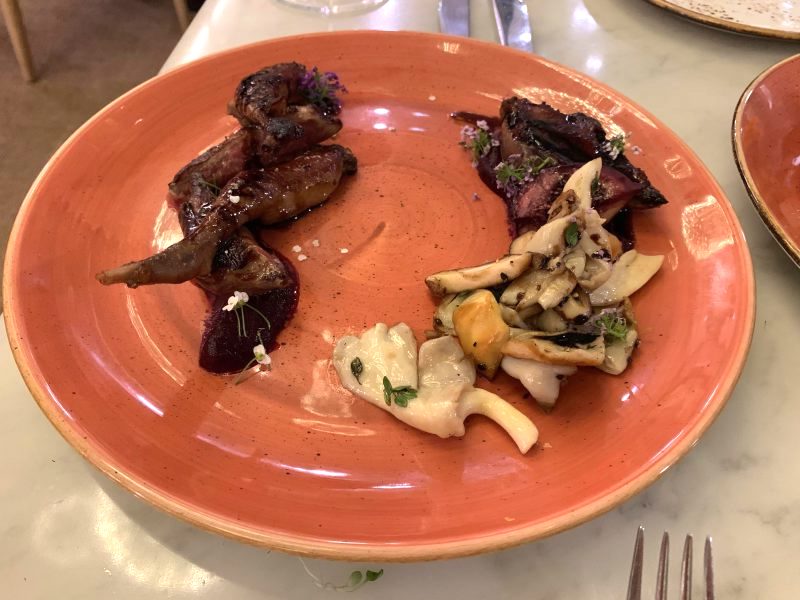 Another standout was the Hunter Valley Pigeon ($48), which is a sous vide leg, pan roasted breast, pepper leaf pancetta, fig vincotto, nemeko mushroom and lemon aspen. Reminiscent of honey soy chicken wings due to both the size of the bird and its sweet fig vincotto sauce, this dish will make you coo like a pigeon and rethink the bird as more than just Sydney’s street pest.

Circular Quay is known for its Sydney harbour view and as a hub for fine dining. While Q Dining has transformed to establish itself as modern Australian, the challenge now will be to continue to change and adapt their menu to ensure Q Dining remains known for its food and not just its view.