We have created a guide to Sydney’s best yum cha, to satisfy all your hot and steamy dumpling dreams.

Yum Cha holds a special place in the hearts of Sydneysiders, an adopted custom that has become an engrained part of life. For those not savvy with this cultural marvel, yum cha is a Cantonese custom of brunch involving dim sum or dumplings and tea. Perfect for all occasions, the only contact needed across the large table is to request permission to turn the Lazy Susan. Here are top picks on where to get your yum cha fix.

A long-loved Sydney establishment, Marigold’s yum cha often has queues on Saturday and Sunday mornings. Do not let this deter you, the line will move fairly fast, and before you know it, you’ll swarmed with trolleys, surrounded by stacks of steamy dumplings and sipping jasmine tea. 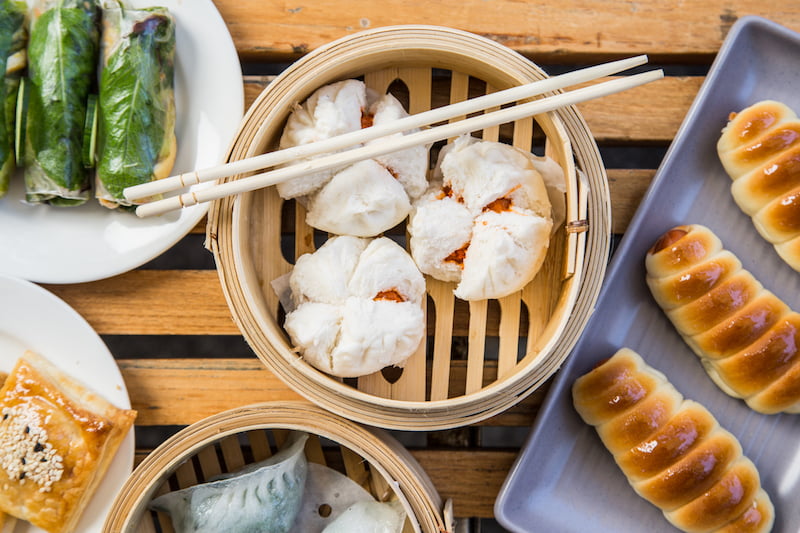 This is a completely vegan yum cha spot, located in Cook and Phillip Park on the edge of the CBD. Bodhi’s cooking style adheres to the Buddhist philosophy that does not include onion, chives, garlic, leeks and spring onion in its methods.

Golden Century has been serving Sydneysiders for over 3 decades, so they must be doing something right. Whilst they are well known for late night feeds, for those of us who aren’t night owls might we suggest their yum cha. This is a simple, bubbly spot for classic bites and an impressive seafood selection to boot.

Mr Wong’s dim sum menu is more a lunch than brunch affair during the week, however on weekends you can experience it at slightly more yum cha-esque times. Here you’ll find Cantonese classics plus Mr Wong’s own creations, like the wagyu and truffle puffs and the prawn toast with foie gras and sesame. Alas, you will not find trolleys rolling around this establishment, as it is strictly a la carte.

Situated in the heart of the CBD, Canton! Canton! has taken up shop where Tim Ho Wan’s flagship Sydney store once lived. This atmospheric restaurant is in admiration of the vintage street markets of Canton. Here you’ll find a selection of classic dim sum, with a signature pork bun taking influence from the Tim Ho Wan favourite, a dedicated congee menu, and a selection of succulent meats from their BBQ station. 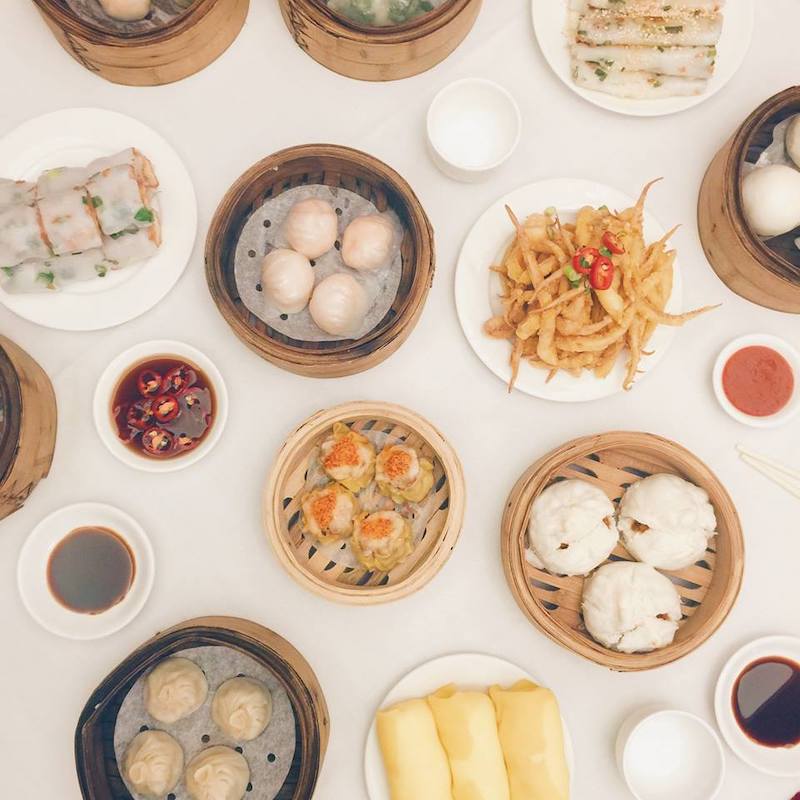 East Ocean has recently reopened after renovations to ‘reimagine’ the space. This Chinatown haunt has been filling the bellies of Sydneysiders for some time and is another classic style yum cha spot, that often draws a crowd.

Spice Temple has your more up market yum cha covered. This is a set banquet style affair, setting you back $59 per person, and will have to be ordered by your whole party. For this price there are 10 dishes in total, with classic style yum cha items alongside Spice Temple’s own additions to the mix, like the spice fried chicken wings with heaven facing chillies. 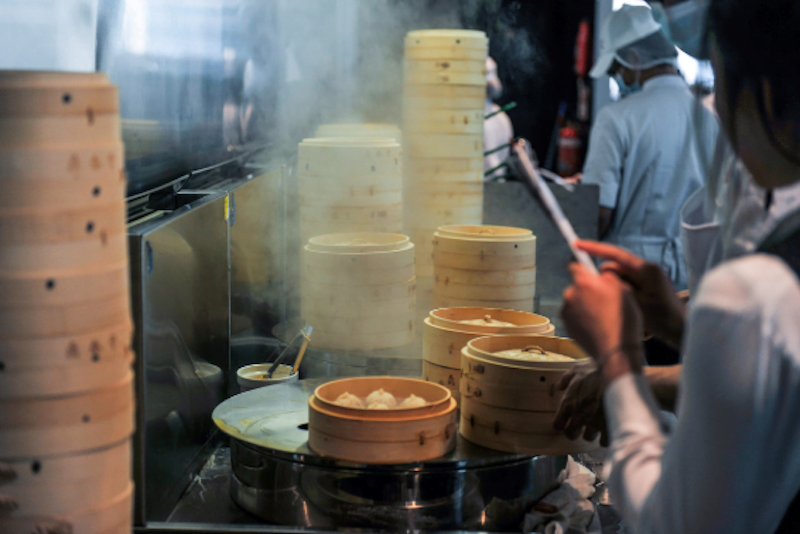 Din Tai Fung is an internationally recognised establishment with venues across multiple countries globally. In Australia, Din Tai Fung has popped up in food courts in multiple locations across NSW, as well as 4 restaurants in Sydney, with one restaurant in Melbourne. Take note, this isn’t the off the trolley style yum cha. They are most recognised for their xiao long bao, or soupy pork buns, so be sure to check these out!

Another Chinatown haunt, Zilver Restaurant, comes decked with the very classic red and gold style fit out. Feeding Sydneysiders for 15 years, this is another establishment with a more than reliable yum cha offering.

These well-loved brainchild of the Merivale empire offer two yum cha destinations outside of the CBD. Located in the inner west as well as Manly wharf, both restaurants offer a la carte style yum cha. Here you will find most of the classics on offer, plus some of Merivale’s own character thrown into the mix.