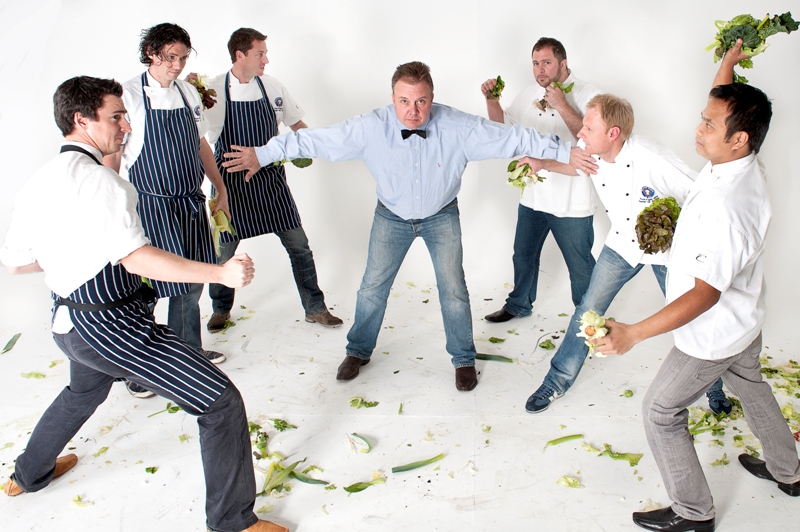 In my world there would have been flying cream pies tossed across the room at Colin Fassnidge and spoonfuls of peas being flicked at Matt Kemp from behind a frying pan shield. Now that would have been entertaining. In reality  the literal sense of a Food Fight was not what Hunter Valley Chefs & Co had in mind when organising a charity luncheon in the Hunter Valley last week. The not-for-profit organisation that aims to attract foodies to the Hunter Region by delivering unique culinary experiences hosted its 3rd annual Food Fight event last Monday with top local chefs cooking off against Sydney’s crème de la crème at the Crowne Plaza Hunter Valley.
Heading the Sydney team was Matt Kemp formerly of Balzac with team mates Warren Turnbull (Assiette, District Dining) Colin Fassnidge (Four In Hand, 4Fourteen, Paddo Arms) and Justin North (Becasse).
On the Hunter Valley team we had team-captain Jamie Ryan from ‘Caves’ Beachside Hotel and his team Tim Montgomery from Bacchus, Emerson Rodriguez from Emerson’s Pokolbin, and Troy Rhoades-Brown from Muse.
Hosted by Peter Everett from Ready Steady Cook the 250 guests at the luncheon were served entrees, mains and desserts from each team with no idea who was responsible for each creation. We were then asked to vote blue or red depending on our favourite. Only at the end of the lunch were we told who we had voted for.
Here’s what we had:
Entree 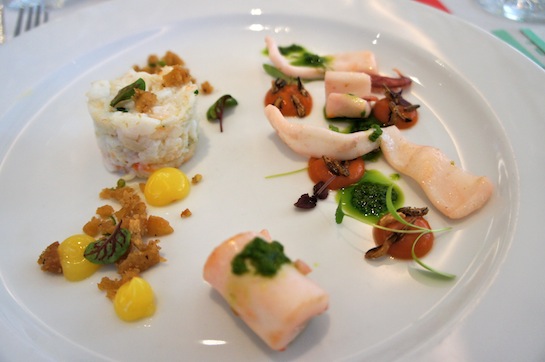 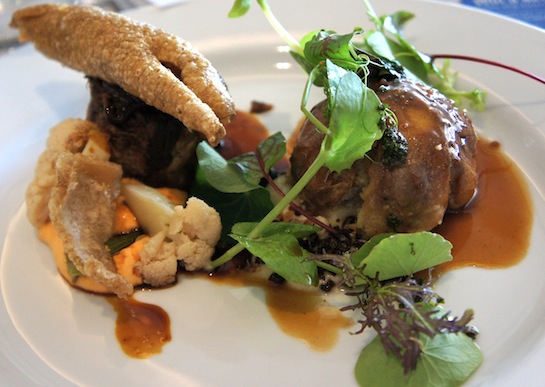 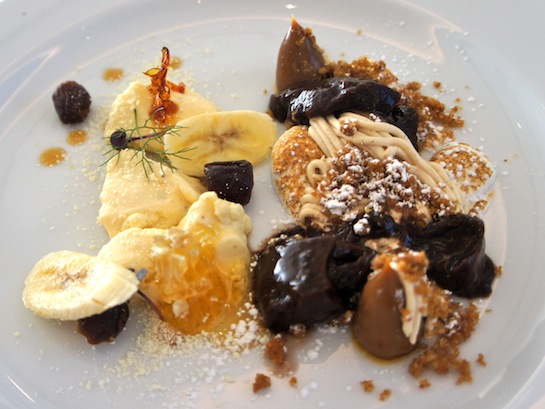 Left: Vanilla creme brulee, malt, banana, date fresh honeycomb (Hunter)
Right: Chestnut Mont Blanc, chocolate jelly and dulce de leche (Sydney)
And the winner? HUNTER VALLEY!
Funds raised through the event will be directed towards the Brett Graham Scholarship, where one promising apprentice chef will have the opportunity to be flown to London to work alongside highly acclaimed Brett Graham at his renowned Notting Hill Restaurant, The Ledbury. 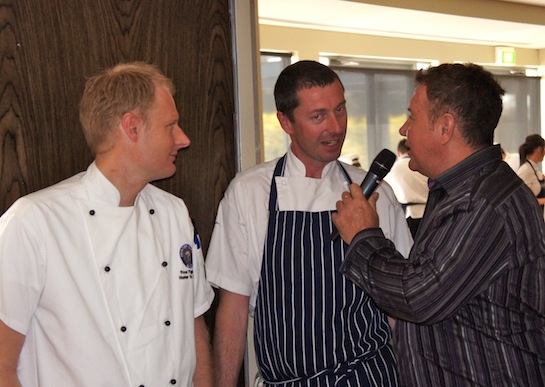 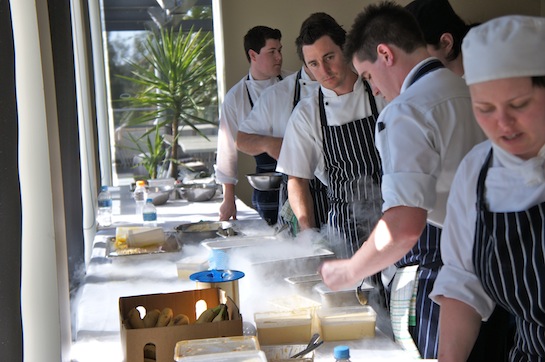 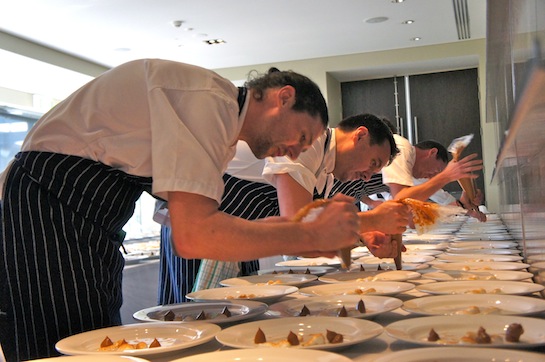