When a micro brewery wins Champion Beer and Champion Small Brewery a mere three months after opening its doors, you’re bound to be a little curious. Modus Operandi, a humble brewery situated on the sunny Northern Beaches in Mona Vale, entered the beer scene fairly quietly in July 2014. One can’t help but wonder whether they knew they were onto a winning formula.
Latin for ‘mode of operation’, Modus all started when husband and wife Grant and Jaz Wearin travelled to America. On part holiday, part business trip, the duo toured and drank their way around the U.S. in a campervan in an effort to understand the ins and outs of the brewing business. Sure enough, they arrived back to Sydney, guns blazing.
Tucked away at the end of Harkeith Street, you would be forgiven for missing Modus at first. Only upon further inspection does the copper stained ‘Modus Operandi’ sign become clearer, a shipping container pimped out in spray paint greeting you at the brewery’s entrance.
During the sun drenched hours, Modus is a relaxed oceanside haven. Locals huddle around wooden barrels,  propping up frosty cold brews. Meanwhile, their four legged companions hunt out those shady nooks scattered about the industrial space. Fancy yourself a diehard brewing fanatic? Score yourself a table alongside the brew tanks and marvel at the ‘art meets science’ magic.
As for the all important beers, the core range offers a conglomerate of unique brews, from a Layback Aussie Pale Ale to a creamy Silent Knight Porter. Adding to the theatrics are the written descriptions attached to each beer. On the menu, the Modus Session IPA comes with a ‘tongue punching hop wallop’ whilst the Sonic prayer IPA is described as ‘a psychedelic conglomeration of the holiest of ingredients’.
It’s frankly impossible to go wrong at Modus; each beer is complex, punchy and compelling. Alongside this range of core brews, what you’ll also find is a perpetually transforming list of limited edition beers. Currently on the menu is the Campervan IPA, described as a ‘go anywhere beer’. It’s hoppy, aromatic and dangerously drinkable.
The brains behind the food menu is Chef Olsen Fabricius. Having travelled extensively through South America, Europe and his home country of Samoa, Olsen masters the art of quality driven, locally sourced dishes. Attention to details carries through, with everything made fresh in house. 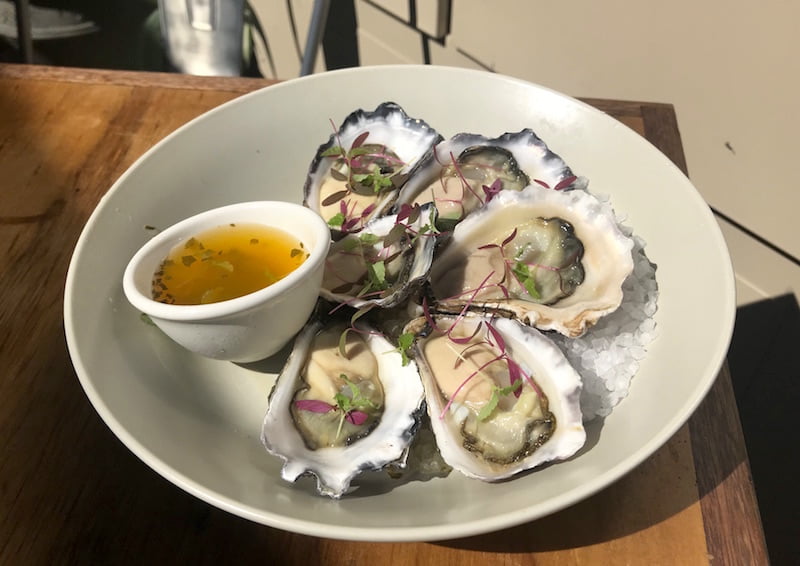 To share, you can keep it fresh with rock oysters shucked in house (1/2 doz $12), served with mint and turmeric vinaigrette. If that doesn’t get you giddy, opt for the spiced cauliflower ($13). Perfectly crispy and aromatic florets are teamed with a vegan aioli (which you wouldn’t even know was vegan, it’s so damn creamy). 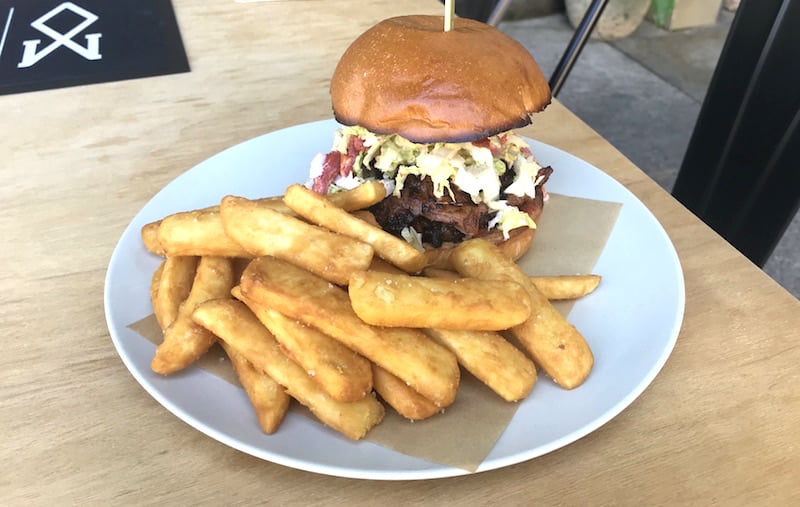 Long gone are the days of uninspiring and underdressed salads on pub menus. Those looking for a health kick that packs a flavourful punch should sample the signature M.O Salad ($19). Finely shredded Wombok cabbage is tossed through mesculin lettuce, accompanied by toasted brewery grains and coconut, spiced pepitas, mint, alfalfa sprouts, raw shredded beetroot with a coconut dressing ($19). To this you can add roast chicken for an extra $5. Flavoursome and interesting, Modus proves that you can make friends with salad.

For a more decadent experience however, it’s certainly worth dabbling in either the burger or pizza options. One of Modus’ top picks on the burger front is the Talofa Chicken ($19). Nestled between two milk buns is succulent chicken marinated in chefs family recipe. Adding an acidic kick is some fresh cabbage slaw. Sauce lovers will also rejoice, with both aioli and a fiery chilli capsicum jam hidden between layers. 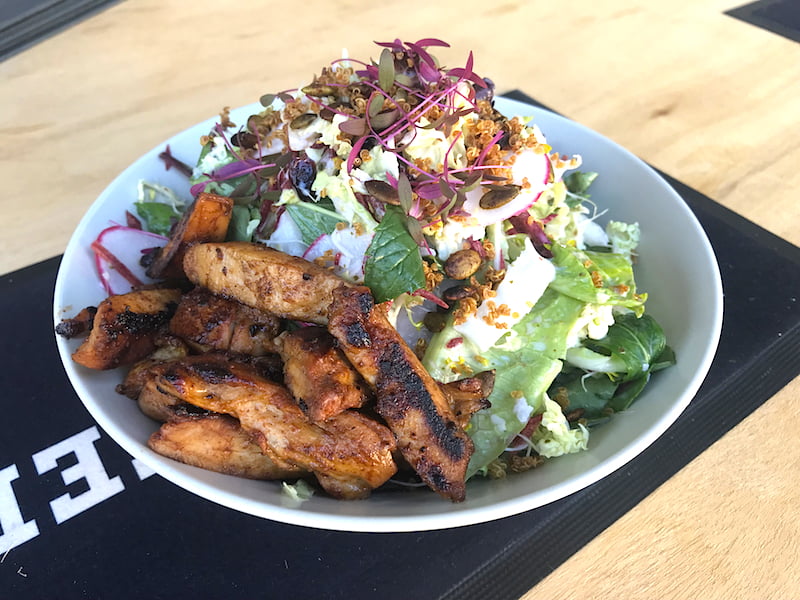 Beer and wings go together like Bonnie and Clyde. At Modus, you can opt for either 1/2kg ($15) or 1kg if you’re feeling particularly hungry ($20). Wings come with either a silent knight porter sticky BBQ sauce or spicy buffalo sauce. Feeling devilish? Accept the blazing wings challenge. This brings the hottest chills IN THE WORLD to Modus. The challenge seems simple on paper. Finish 12 wings in 12 minutes and you get your photo on the board and a free pint. Challenge accepted.

Modus Operandi has masterfully captured the essence of a great brewery and you can play your visit in one of many ways. Swing by and sample their range of delicious beers in the sunshine, or make a quick drop in to purchase takeaway Modus tinnies. Come the weekend, grab the crew and settle in for some live music, which kicks off from 7-9pm on Saturday and 2-5pm every Sunday afternoon.
For more information, you can check out Modus Operandi’s website here
Modus Operandi
14 Harkeith Street, Mona Vale, NSW 2103
02 8407 9864